Here’s one record the Swiss may not be so enthusiastic about holding: more suicides are committed here using guns per capita than anywhere else in Europe.

The issues of gun suicide and Switzerland’s high rate of weapon ownership came under the spotlight again in January. The police chief overseeing security at the annual meeting of the World Economic Forum in Davos turned his service revolver against himself a day before the event began.

That percentage trails the United States, it is true, where 57 per cent of suicides involve a gun. But few European countries come anywhere near Switzerland.

And of other English-speaking countries, the highest rate is in Canada, where 19 per cent of suicides were by firearm in 2000. In England and Wales the figure stands at 2.8 per cent, and in Scotland at 1.8 per cent.

Guns are highly efficient: experts say that 90 per cent of suicide attempts involving firearms are successful.

Some 95 per cent of gun suicides in Switzerland are committed by men, and of all men that kill themselves, about one in three use this method.

Women are more likely to choose less certain methods – such as poisoning, or using a sharp implement – while men choose the more lethal courses of action.

Vladeta Ajdacic-Gross, sociologist and senior lecturer at Zurich University Hospital’s psychiatric clinic, said that knowing how to use the particular method is one reason for the difference in choice.

“Swiss data shows that women do not handle weapons nearly as well as men do. Therefore they don’t use weapons to commit suicide either,” he told swissinfo.ch.

Ajdacic-Gross was one of the authors of a Zurich University study published in 2006 which found a correlation between the availability of weapons and the number of suicides by firearm. The study estimated that firearms were kept in 37.5 per cent of Swiss households.

Another study published in 2007 by the Geneva-based non-governmental organisation Small Arms Survey estimated that there were 3.4 million firearms in private households across the country.

The defence and sport ministry, on the other hand, the same year put the figure at 2.2 million. Of this number 535,000 were army weapons, either in the possession of current or retired soldiers, or hired out to gun clubs.

Ajdacic-Gross says about 40 per cent of gun suicides use army-issue weapons, while the remainder are committed with types that can be legally purchased in gun shops.

“In Switzerland, firearms are like pesticides in developing countries. They are accessible,” Ajdacic-Gross explained. “Many suicides are impulsive. In other words, the decision is taken very quickly.”

At such moments, availability – or a lack of it – is crucial. “If somebody has to make a lot of effort to find something that will kill them, that’s a strong preventative factor.”

The Zurich University study found that suicides by firearm dropped sharply in countries – including Britain, Canada and Australia - where gun control legislation reduced the number of weapons kept at home. Could the same thing work in Switzerland? Or would people simply resort to other methods?

“We know that people turn to alternatives that are similar,” Ajdacic-Gross said. “If someone thinks of committing suicide using drugs, they are unlikely to resort to a firearm as an option.”

But a suicide who for some reason is prevented from using a gun, may decide instead to hang themselves, which is also a highly efficient method.

Ajdacic-Gross says that between half and two-thirds of people who are unable to access their method of choice, will fall back on another.

“Preventative measures certainly cannot prevent all suicides, but a large number,” he said.

The World Health Organization says that more people are killed by suicide each year than by homicides and wars.

It estimates that up to one million people die by suicide each year across the world, and that ten to 20 times more attempt it.

It is the leading cause of death among teenagers and adults under 35 years of age.

In almost every country, except China, more men kill themselves than women.

Some form of psychiatric disorder is present in 90 per cent of people who commit suicide. Depression accounts for 60 per cent.

Every day, 3-4 people take their lives.

About 1,300 kill themselves every year - roughly four times more than die in road accidents.

The highest rates are in the two half-cantons of Appenzell, and the lowest is in the Italian speaking canton of Ticino. 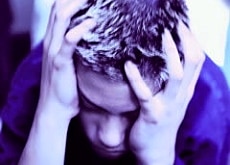 More die from suicide than wars and murders

More people kill themselves each year than die from wars and murders combined, but most suicides could be prevented, according to two ... 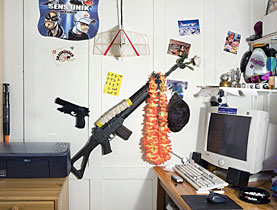 The long-standing tradition of keeping army weapons at home is increasingly losing support among the population, security experts say. An ...