If a divorced parent wants to move house in Switzerland and take their child with them, in some cases the other parent’s consent is required, according to the Federal Court, which on Tuesday clarified basic issues regarding joint custody.

Since July 1, 2014, couples who split up automatically have shared legal custody of their children and have an equal say when it comes to making decisions about the children. Previously, mothers were usually awarded sole custody.

The Federal Court was reacting to a case involving the unmarried parents of a six-year-old girl. After separating, they continued to live in the same village in the Bernese Oberland, but the mother wanted to move with the child to Solothurn.

The child protection agency involved approved the move – and the cantonal court agreed – without an assessment of the child’s interests being made. However, the Federal Court upheld the complaint of the father and has sent the case back to the cantonal court.

Agreement is legally required if the move “has a considerable impact on the carrying out of parental care and the rights of access by the other parent”.

The Federal Court, in its judgementexternal link on Tuesday, said “considerable impact” could apply if relocation affected the pre-existing support model. In this were the case, both parents must give their consent to the move.

Factors to be taken into account, it said, were the child’s age, the parents’ flexibility, availability of grandparents to look after the child and the distance between homes.

A decisive factor, the court added, would be whether the support model, taking into account the new distance, could be continued with no or minimal change.

Divorced dads in Switzerland are now entitled to joint custody of their children. Previously, mothers were usually awarded sole custody.

Splitsville, Switzerland Where couples divorce – or don’t – and why

Switzerland’s divorce rate is pretty average, but some parts of the country seem more conducive to wedded bliss. Or are they? 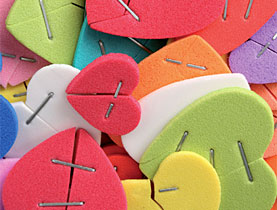 Divorces have been steadily rising in Switzerland, and to help couples deal with their separation, the country's first divorce fair was held at ...