The tragic plane crash in rebel-held eastern Ukraine has opened a ‘window of opportunity’ enabling officials from the Organization for Security and Cooperation in Europe (OSCE) to renew contacts with pro-Russian separatists, says a Swiss official.

“We haven’t had direct contact with the separatists since June 27 and these were reactivated on Thursday evening. We need to make the most of this renewed contact to negotiate a wider ceasefire than the one that only covers the crash zone.”

Ukraine and the separatists accuse each other of firing a surface-to-air missile at Malaysian Airlines Flight 17 as it flew Thursday from Amsterdam to Kuala Lumpur some 10,000 meters above the battlefields of eastern Ukraine. Both deny the charge.

The US has pointed blame at the separatists, saying Washington believes the jetliner was probably downed by an SA-11 missile from rebel-held territory and "we cannot rule out technical assistance from Russian personnel."

German Chancellor Angela Merkel spoke to Russian President Vladimir Putin on the phone earlier on Saturday and urged him to use his influence on the separatists to reach a ceasefire in Ukraine, the German government said in a statement.

The two leaders agreed that the contact group of diplomats from the OSCE, Russia and Ukraine should meet quickly and directly with the separatists to reach the truce.

The OSCE’s mandate is due to run out in Ukraine on September 20 but is expected to be extended for six months next week.

“This will allow us to increase the number of monitors from 260 to 500 if there is a ceasefire,” said Greminger. “We will continue talks from Monday on the possibility of placing observers from the Russian side on border posts.”

Dozens of bodies from the site where a Malaysian airliner crashed in eastern Ukraine were put into refrigerated rail wagons on Saturday night at a station in a town 15 km from the scene. OSCE monitors, accompanied by armed rebels, checked the wagons. For the moment their destination is unknown, however.

Western officials have voiced concern about the handling of the remains of the 298 people killed when the airliner crashed on Thursday. 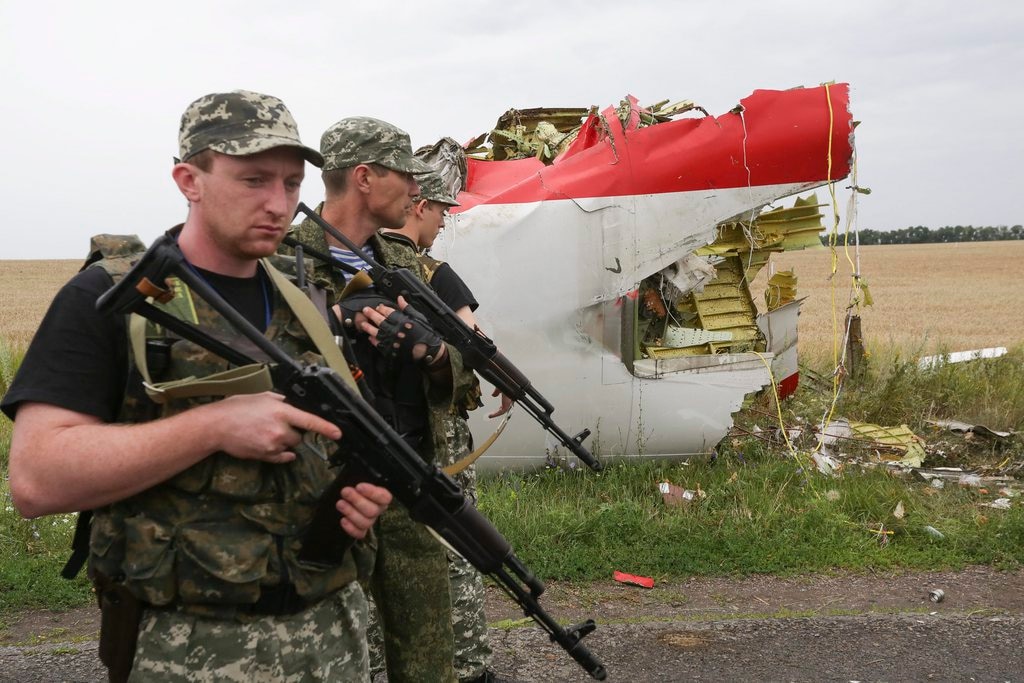 As international investigators head to rebel-held eastern Ukraine to work out what, and who, caused a Malaysian airliner to crash, Swiss ...

The Swiss chairman of the Organization for Security and Co-operation in Europe (OSCE) has called for an impartial investigation into the ...