The Swiss health system ranks highly but weaknesses persist. Will a move to introduce a single-payer insurance system help solve these? Comparisons with other nations’ models reveal some interesting differences.

Switzerland’s healthcare system with its democratic, consumer-driven market, with the right to choose between over 60 different private insurance providers, has been held up as a model by countries like the United States, which recently introduced major reforms via the controversial Affordable Care Actexternal link, known as Obamacare.

But now the Swiss are considering moving away from their current scheme to a single-payer public fund run by the cantons. They’ll vote on it on September 28.

Under Obamacare, federally subsidized private coverage is provided through new online insurance marketplaces and an expansion of Medicaid [social healthcare scheme for people on low incomes] in 26 states and Washington, D.C.

The aim is to extend health insurance coverage to some of the estimated 15% of the US population who lack it. Since enrolment began last October some 10.3 million American adults have gained health coverage, according to a Harvard study in July. The Swiss meanwhile boast almost universal health coverage.

And it is not just in comparisons with the US that the Swiss health system excels. Switzerland outperformed nine other wealthy nations in a survey published in Juneexternal link by the respected US-based Commonwealth Fund.

The current system was ranked second overall, behind Britain’s National Health Service (NHS)external link, doing especially well when it came to timeliness of care (first) and access to care, equity of care and patient-centred care (second position each time).

So, if Switzerland's present system isn't broken, why fix it?

The Swiss struggled in terms of effective strategies for preventing a given condition and controlling chronic illness, it indicated. These included creating lists of patients who are due or overdue for tests or preventive care, reminders and advice from their doctors on diet and exercise, and using health information technology to receive computerized alerts or prompts about potential problems with drug doses or interactions.

swissinfo.ch asked its US facebook community what it thinks about the new “Obamacare” health insurance system, with its state-based exchanges and whether the Swiss idea to move away from their current system based on private insurance firms in favour of a single-payer public fund is wise.

Switzerland also fell down for the affordability and efficiency of its health services. Expenditure has reached a total of CHF68 billion ($75.7 billion), with just over a third of it going towards the basic insurance coverage. Switzerland spends 11% of its gross domestic product (GDP) on healthcare, behind the US (17%), Netherlands, France, Germany and Canada.

The Swiss scored poorly for indicators such as “patient’s insurance denied payment for medical care or did not pay as much as expected” and “patient had serious problems paying or was unable to pay medical bills”.

In Switzerland health insuranceexternal link covers the costs of medical treatment and hospitalisation of the insured person. But they pay part of the cost of treatment. This is done via an annual deductible ranging from CHF300 to CHF2,500 for an adult as chosen by the insured person and a charge of 10% of the cost above the excess up to CHF 700 per year.

Per-capita out-of-pocket payments in Switzerland are therefore high: 60% more than in the US and almost three times as high as the Organisation for Economic Co-operation and Development (OECD) average.

The study highlighted excessive time spent on paper­work or disputes related to medical bills, insurance or claims and getting pa­tients ‘needed medications or treatment because of coverage restrictions’.

Recent vote campaigning has focused heavily on the costs and benefits of the transformation to a public insurer. Opponents say it could cost up to CHF2.2 billion. Initiative promoters argue that up to CHF350 million could be saved on administration, and total health expenditure could be reduced by about 10% over the next few years.

In Switzerland opponents warn against copying state-run single-payer systems in European countries like France and Austria, which they say have racked up billions in debt.

“International comparisons carried out in 2013 show that the single-fund systems, or national systems like in Italy or Britain offer worse access to healthcare than in Switzerland,” claimed Olivier Lebeau, the chief doctor at Neuchâtel’s Providence Hospital.

These countries are then forced to balance national health insurance finances by raising taxes or reducing medical services, opponents claim.

Further afield, single-payer systems in Canada or Australia, which came tenth and fourth respectively in the Commonwealth Fund study, were not examples Switzerland should be aspiring too either, added Thomas Zeltner, the former director of the Federal Health Office. external link

But the Swiss definitely had things to learn from the NHS, said Zeltner, who is also an advisor to the World Health Organisation (WHO) and Swiss cabinet and president of the KPT health insurance company. external link

“The Swiss people are incredibly happy with their health system – 81% satisfied, according to a recent poll by the GfS Bern research institute – and there are few issues like problems of access, waiting times or cuts in services, which are of concern in Britain,” he noted. “But we could still learn things from the NHS about effectiveness and efficiency.”

According to the Commonwealth study, patients in Britain are given fuller, more systematic check-ups and preventive health information by their doctors, said Zeltner. The Swiss system can certainly become more efficient through improved coordination and the integration of administrative and logistical processes for patients, he added.

According to a poll at the end of June by the pharmaceutical association Interpharma, 49% of voters nonetheless backed changing to a single public health insurance fund.

If the vote eventually passes on September 28, the Swiss authorities are certain to face sizeable problems with such a major structural and cultural transformation.

“Shifting from a multiple insurer system to a single-insurer system will no doubt be a tremendous challenge, although South Korea demonstrated that a step-wise merging into a single fund is possible,” the Organisation for Economic Co-operation and Development (OECD) wrote in its last review of the Swiss health system in 2011external link.

“However, this is likely to be particularly difficult for Switzerland, which has a very long history of multiple insurers for over 100 years, a strong preference for choice, and as a reflection of its federalism, an attachment to cantonal organization. Moreover there is a considerable transaction costs to consider, not least the question about where to place all the staff from current health insurers.”

Health insurance is compulsory for all residents of Switzerland. The current system is a hybrid: a combination of public, subsidised private and totally private systems.

Private providers are legally obliged to offer basic cover to anyone who lives in the area they operate in. Basic insurance covers diagnosis and treatment of a disease and its consequences. Federal regulators determine what services a health insurance firm must cover.

Anyone who wants more than the basic cover can take out supplemental insurance. This includes, for example, complementary or alternative medical treatments, or greater comfort such as individual rooms during hospital stays.

Companies have the right to reject new applicants for supplemental insurance.

Clients pay monthly insurance premiums. The companies may set the amount in function of the age, health or sex of the client. The amount varies not only from company to company, but also from canton to canton.

In Switzerland, about a third of the population cannot afford health insurance and the government subsidises them on a sliding scale with about SFr4 billion a year.

Centre-left parties and consumer groups are seeking to introduce a single public health insurance company to rein in the cost of premiums. Voters ... 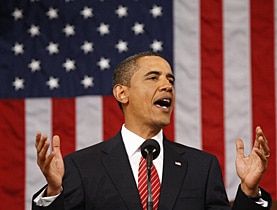 Swiss advise US over healthcare reforms

The Swiss system is far from perfect but the United States use it as a model for healthcare reform, says Thomas Zeltner, director of the Federal ...

Obamacare "A victory for common sense"

Swiss media have welcomed as a victory for common sense the decision by the United States Supreme Court to uphold the so-called “Obamacare” law.