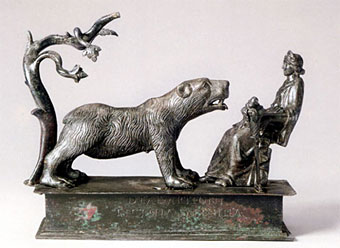 Traces of the pre-Christian religions of the area that is now Switzerland include the Bronze Age "fire dogs". The Gaulish Helvetii, who became part of Gallo-Roman culture under the Roman Empire, left only a few reminders of their religion like the statue of dea Artio, a bear goddess, found near the Swiss capital, Bern. (picture: Stefan Rebsamen / Bern Historical Museum) 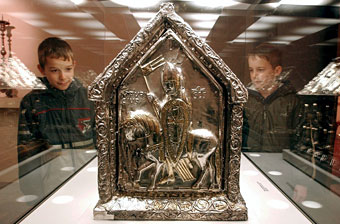 Saint Maurice was said to be the leader of the Christian Roman Theban Legion in the third century. According to legend, his legion was called to Gaul to assist the emperor. However, when ordered to harass some local Christians, the troops refused and the Roman emperor ordered their execution. The place where this supposedly occurred is now St Maurice-en-Valais, site of the abbey of the same name and home to the saint's relics. 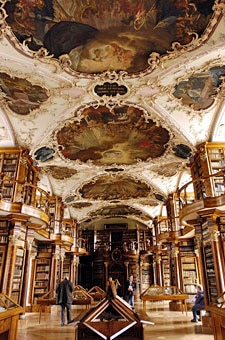 Germanic paganism briefly reached Switzerland in the fifth century. Its believers were converted to Christianity in the sixth and seventh centuries, thanks to Saint Gallus, an Irish monk and missionary. He died near today's St Gallen, and the church where he was buried later became an abbey and an important centre of learning. 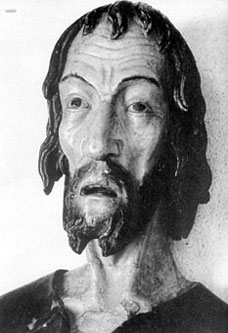 Nicholas of Flüe, patron saint of Switzerland, was a hermit and ascetic. In 1467, he left his wife and his ten children - with her consent - for the Ranft valley in canton Obwalden. His reputation was such that his advice is believed to have prevented a civil war between the cantons in 1481. What he said remains unknown, although it is believed he told the cantons to keep to their own affairs. 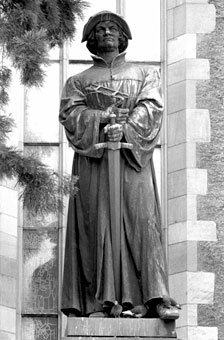 Huldrych Zwingli was one of the leaders of the Protestant Reformation in Switzerland, and founder of the Swiss Reformed Churches. His reforms were supported by the people of Zurich, and led to significant changes in civil and state matters. His movement was known, however, for attacking Anabaptists and other Christians who maintained a non-resistant stance. 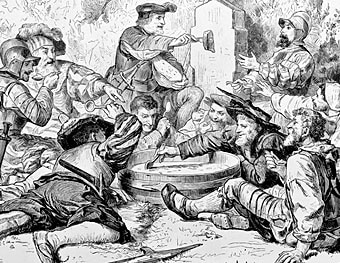 Kappel near Zurich was the site of two battles between Protestants and Catholics. The first ended with both sides meeting over milk soup. It was during the second battle on October 11, 1531 that the Catholic cantons decisively defeated the forces of Zurich, who were without any support from allied cantons. The Zurich troops were led by Huldrych Zwingli, who was killed on the battlefield, along with 24 other pastors. 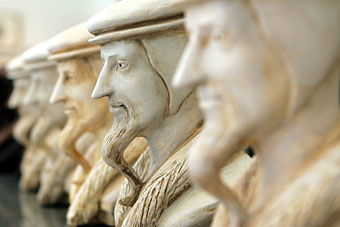 French protestant theologian Jean Calvin arrived in Geneva in 1536. He was expelled in 1538 because he was accused along with some of his colleagues of wanting to create a "new papacy" and insisting on a new confession of faith for all citizens. He returned to Geneva in 1541, transforming it into the "Protestant Rome" and lived there until his death in 1564. 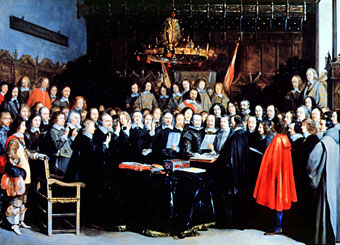 The Peace of Westphalia marked the end of the Thirty Years' War between Europe's Protestant and Catholic powers, in which Switzerland – despite being subject to its own religious divisions – managed to remain neutral. The settlement, with Swiss mediation, gave legal recognition to Swiss sovereignty, and secured the country's total independence from the Germanic Empire. 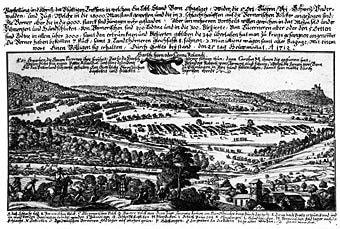 Two battles between Catholics and Protestants took place in 1656 and 1712 at Villmergen, which lies in today's canton Aargau. The Protestant coalition was victorious in the second battle, putting an end to Catholic hegemony in the Confederation. 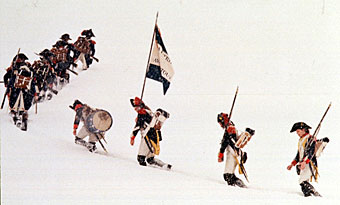 The Helvetic Republic - created after a French invasion - suppressed all the monasteries and seized their property. The papal nuncio was expelled, and foreign bishops were only permitted to exercise their ecclesiastical jurisdiction through delegates nominated by the Helvetic Directory, the republic's government. This decision was overturned in 1803. 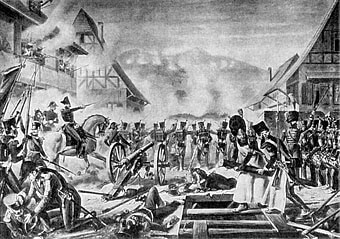 Catholic and Protestant cantons faced each other in open conflict for the last time during the Sonderbund war. The victory of the Protestant-led coalition troops over the conservative Catholics allowed for the creation of Switzerland's modern federal state. 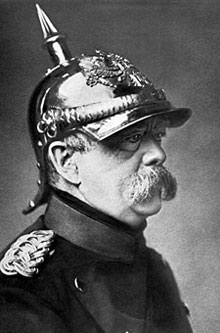 German chancellor Otto von Bismarck's attempt to restrain the influence of the Catholic Church, known as the Kulturkampf, spread to Switzerland. The struggle between conservatives, backed by the church, and the governing radicals led to decisions such as making education the state's business rather than that of the church, or state involvement in the nomination of bishops. 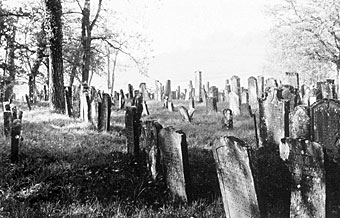 Jews were banished from Switzerland in the 15th century, but later obtained protection and the right to reside in two villages in what is now canton Aargau, Lengnau and Oberendingen. The right to settle freely was not restored to Jews with the Swiss constitution of 1848, and was only set down in the revised constitution of 1874, which granted religious freedom for all. 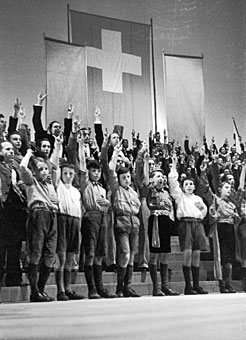 Government member Philipp Etter of the Catholic Conservative Party was responsible for the content of the so-called Spiritual National Defence. Its aim was to promote and preserve Swiss culture. It stated that the idea of a Swiss state was born neither from race nor flesh, but from the spirit. Spiritual defence found its embodiment in the 1939 national exhibition. 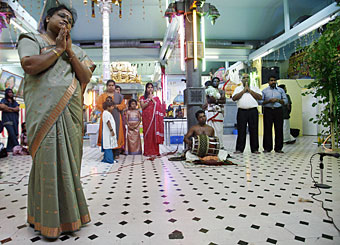 The 2000 census reported over 27,839 residents as Hindus (0.38% of the total population). Most of them are Sri Lankan Tamils (81.2%). The mass exodus of Tamils from their homeland began in the mid-1980s after civil war broke out in the country. 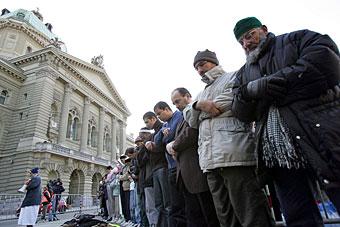 In 2000, there were 310,807 Muslims in Switzerland, a five-fold increase on 1980. Much of this community lives in major cities. Muslims were mostly of Turkish origin in 1970, but the Balkans war saw Muslims from ex-Yugoslavia - especially Kosovar Albanians - become the dominant group.