The Oerlikon technology group has said it will cut a further 2,500 jobs and replace its chief executive with immediate effect following a substantial drop in orders.

The company said the decisions were taken after a first-half loss of SFr99 million ($93.2 million), compared with a loss of SFr313 million over the same period in 2008. Sales were down by 40 per cent to SFr1.428 billion.

Oerlikon, which makes a range of products from coating used in Formula One racing cars to machines used to make solar cells, already announced cuts of 1,500 jobs in the first half of the year. Its headcount was 16,492 by the end of June.

The group, which is based in Pfäffikon in canton Schwyz, said CEO Uwe Krüger, who joined in 2007, was leaving the company. He will be replaced for the time being by board member Hans Ziegler.

In a statement released on Tuesday, Oerlikon described its first-half results as "unsatisfactory" and said its top priorities were to strengthen its balance sheet and speed up restructuring. It expects cost savings of SFr400 million.

Oerlikon's results are the second bit of bad news in as many days for Russian oligarch Viktor Vekselberg. Vekselberg, who has a controlling stake in Oerlikon, is a major shareholder in Winterthur-based Sulzer, which on Monday also issued a downbeat outlook.

Oerlikon said sales in its textile division were down 55 per cent in the first half of the year at a "historically low level" of SFr430 million, while orders for the business declined 47 per cent to SFr476 million.

It noted that the textile business had reduced staff by about 700 worldwide and introduced shortened working hours for about 2,000 employees.

Oerlikon said that restructuring plans over the entire group had involved more than 700 cost reduction measures.

"The announced management change ensures the alignment of the company's strategy with the interests of all stakeholders," chairman Vladimir Kuznetsov, a representative of Vekselberg, said in the statement.

Although Oerlikon said it goal was to return to profitability in 2010, its outlook gave little away.

"Forward visibility continues to be poor. Specific sales and profit predictions thus do not appear meaningful."

"Oerlikon will revert to specific forecasts once the markets have regained a sufficient level of reliability."

Analysts at the Wegelin bank in St Gallen described the outlook in a note as "stormy".

"The Oerlikon share is still one for investors with nerves of steel and who love risk," it said.

Reto Amstalden of brokerage Helvea commented that it would become challenging for the company to avoid a capital increase in the long run.

Total restructuring costs for 2009 are expected to be around SFr130 million with SFr26 million incurred in the first half.

Russian billionaire Viktor Vekselberg has made waves and generated headlines (many negative) ever since he started investing in Swiss industrial companies.

Before the financial crisis, Vekselberg was reported to be Russia's fifth wealthiest individual with a personal fortune of SFr8.1 billion ($7 billion).

His holding company, Renova, has long been associated with Zug-based commodity trader Glencore and Vekselberg has set up residence in Zurich.

Vekselberg turned his attention to Swiss manufacturing companies in 2006, secretly building up stakes in household name firms. Renova briefly teamed up with Austrian investment group Victory to create a joint enterprise named Everest, but it was soon dissolved in acrimony.

Sulzer has been at the centre of speculation that it could merge with Oerlikon to form one of Switzerland's biggest industrial conglomerates.

Renova currently holds 44.67% of the shares in Oerlikon and is represented by three out of five board members. 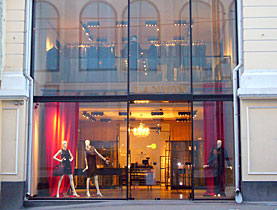 From Russia with money

Switzerland's prosperity is based on open borders: Swiss companies invest massively abroad, and foreign investors are encouraged to bring their ... 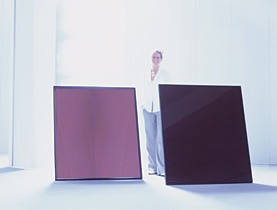 The rapid expansion of Oerlikon's solar division has cast a positive light on a disappointing financial performance for the Swiss technology ... 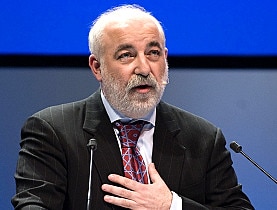 Russian billionaire investor Viktor Vekselberg has launched a defence of his expanding Swiss business empire by rounding on critics who dubbed him ...