When Agnieszka Gagala took out a Swiss franc mortgage in Poland in 2009, her debt amounted to 260,000 zloty (CHF64,000). After the Swiss National Bank (SNB) abandoned its defence of the franc, the exchange rates went into overdrive, leaving Gagala with 500,000 zloty to pay back.

The 32-year-old’s monthly mortgage repayments, which started at 1,200 zloty, have now soared to 2,000 zloty, leaving her with 600 zloty to live from every month. “I can’t even tell you how distressed and angry I am right now,” she told swissinfo.ch.

“Many people who decided to take loans in CHF were not really aware about the risks and very often they were not explained very well. No one can expect customers to have the same knowledge as economists.”

Gagala is not alone. Around 500,000 Polish homes were bought with franc loans. The SNB estimates that households around Europe are currently facing some CHF230 billion ($250 billion) of outstanding mortgage debt. That figure has receded from the CHF397 billion in March 2009 but still represents a major headache for a lot of people who were blindsided by the sudden appreciation of the franc on January 15.

Eastern Europeans in particular have been attracted to the franc for years because of its low interest rates compared with their own countries and, ironically, because it was deemed a dependable currency of low volatility.

All that started to change following the 2008 financial crisis. The economic turmoil caused by the global banking crash almost sent some countries to the wall. The franc took on its traditional mantle as a safe haven currency and started to appreciate quickly.

The rapidly bursting bubble prompted the Hungarian government to wean households off franc debt and last year to force its banks to convert a large chunk of franc mortgages into local forints. Serbia banned new franc mortgage loans in 2011.

But households in Poland, in particular, have continued to pile into francs to finance homes, cars and other purchases. Some $36 billion (CHF32.5 billion) of franc-denominated loans remain outstanding.

According to the European Bank for Reconstruction and Development (EBRD), the problem in eastern Europe is not as severe as in the immediate aftermath of the 2008 financial crash. Six years ago, 97% of Hungary’s mortgage loans were in francs, wrote Piroska Mohácsi Nagy, an economist at the development bank, which was set up in 1991 to help rebuild post-Soviet eastern Europe.

“Today, Swiss franc exposures are reduced and there is little or no danger of a systemic risk, in contrast to the situation at the height of the global financial crisis,” she wrote on the EBRD website on January 26.

But while the franc appreciation shock may not threaten the solvency of countries or their banks, the plight of many citizens is a cause for concern. The real risk to the stability of some countries is from social unrest. Poland and Romania have witnessed street demonstrations calling on governments to come to their aid.

Much of the anger has been directed at the commercial banks, often foreign-owned, that offered the loans in the first place.

“We are very angry. We are sure that the banks are cheating us, our families, our children,” one Polish homeowner, who wanted to be identified only as WS, wrote to swissinfo.ch. “The banks are above the law.”

Gagala said: “We want the banks to convert our debts into zloty at the price [exchange rate] when we took out our mortgages. It cannot be that consumers take 100% of the risk and the banks none.”

“We also blame the Swiss central bank for not giving any warning about discontinuing the minimum exchange rate of CHF 1.20 per euro. It was a big shock for many of us. People were panicking. This type of stress can ruin your health.”

Despite having some warning of currency exchange rate risks for the past six years, many homeowners feel duped or pressured by banks into taking out franc loans without being fully warned of all the risks.

It is reminiscent of the argument put forward by many small investors around the world after the financial crash wiped out complex investment schemes which they did not fully understand.

The Polish government, which faces a general election this year, appears to be trying to tread a narrow path between the credibility of its financial centre and half a million voters.

It has ruled out the possibility of a Hungary-style forced conversion of franc loans to local currency, but wants banks to grant some concessions to their embattled customers. The government seems ready to lean on banks to pass on Swiss negative interest rate benefits to clients and offer repayment time extensions if necessary.

Shortly after the SNB abandoned its franc-euro ceiling, the Croatian parliament voted to force an artificial exchange rate on banks. Romania is also looking at measures aimed at softening the blow for its 75,000 Swiss franc borrowers.

Just as in 2008, the rapidly appreciating Swiss franc has claimed some less obvious victims following a trend to take out loans in franc-indexed schemes. The French government is looking into topping up a support fund to help local authorities pay the cost of taking out such loans. The fund was established when some towns and districts ran into problems following the 2008 crash. The sudden appreciation of the franc in January ratcheted up the pressure on those still trying to pay back an estimated €10 billion (CHF10.4 billion) of such debt, according to Reuters.

German media have also reported several communities running into trouble having taken credit in francs in the mistaken belief that it would be less volatile than debt held in euros. The towns of Essen, Bochum, Münster and Dorsten all saw their liabilities increase significantly after the SNB’s decision, reported Die Zeit newspaper. 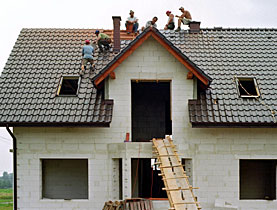 Eastern European homebuyers are losing interest in Swiss franc mortgages following the currency's recent appreciation and the high cost of ...

Franc mortgages cause pain in Europe

The plight of eastern European homeowners struggling to pay back Swiss franc denominated mortgage loans has prompted governments to introduce ...