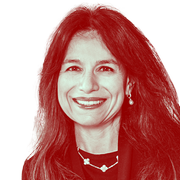 Hirsch was a successful electrical engineer by trade, but his real calling arose from his role as a witness to the Holocaust. He was recounting memories of the Holocaust, in a way that was deeply moving, until shortly before his death. He had survived a terrible period; his reports were always sober, but this made them all the more convincing to his listeners.

His last memory of his mother is just one example. “At Auschwitz I worked behind the women’s camp. We had to cut the turf. I wanted to see my mother once more and I had brought her my bread ration. We did in fact manage to exchange a few words. But I couldn’t give her my bread. She gave me her ration instead. It was the last time I saw my mother.”

Hirsch’s style made him one the most remarkable voices in Switzerland, reminding us not to forget. I remember the last big school event with Holocaust survivors in March this year. I accompanied him that day and could observe how he spoke in front of hundreds of pupils. He captivated them with his direct, authentic narrative style – while describing what life was like in Auschwitz, he suddenly pushed up his shirt sleeves and showed his tattooed prison number: B-14781.

The young listeners were clearly deeply affected by this. Hirsch used simple, clear language to tell them about the terrible events of the Shoah and how it affected him. He told of how he was disenfranchised and humiliated, but also how he survived and was able to live his life afterwards.

He was giving these talks in schools and universities right up until shortly before his death. He was tireless in sharing his experiences as one of the last witnesses of this terrible era – also as an obligation towards the millions of people who could no longer speak for themselves. This tirelessness formed the basis of his importance to Switzerland. Only a handful of survivors can still tell us about life under the Nazi regime.

Hungarian-born Hirsch was therefore an irreplaceable ambassador, a voice against forgetting the past. Gábor Hirsch was convinced that the memory and the knowledge of this had to stay in the present: this was the only way that history would not repeat itself. And that is why he took on the huge task of being the one to tell us about it, and to keep on doing so – to and with every generation.

He was also able to talk to politicians. On January 19 Simonetta Sommaruga, who holds the rotating Swiss presidency this year, hosted a personal lunch for Holocaust survivors in Bern.

During this event, Hirsch said something that we should never forget: “Don’t talk about us, talk to us.” However, this “talk to us” is becoming increasingly difficult because the number of witnesses is dwindling.

We cannot be thankful enough to Gábor Hirsch that he was able to channel enough energy over all these years to tell us about his experiences and memories – memories that sometimes were almost impossible to put into words. This is also why his life’s work is so important. Hirsch’s death reminds us that the responsibility of keeping alive the memories of the Holocaust is increasingly falling to the younger generations.

Gábor Hirsch wanted to warn people about the dangers of right-wing extremism and racism and to where such tendencies could lead. He was a tireless defender of the constitutional state and a strong democracy. This work must now continue, even without him. Hirsch’s legacy obliges us to do so. We have lost a kind person, friend, teacher and mentor. No one who met him will ever forget him.

*Anita Winter is the founder and president of the Gamaraal Foundation. This text was originally published in the Neue Zürcher ZeitungExternal link and is published here with their kind permission.