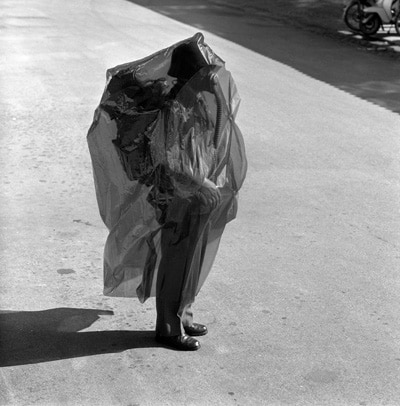 1966: nuclear proliferation is at its height. The Swiss army gets a new protective outfit. (RDB/Kuhn) 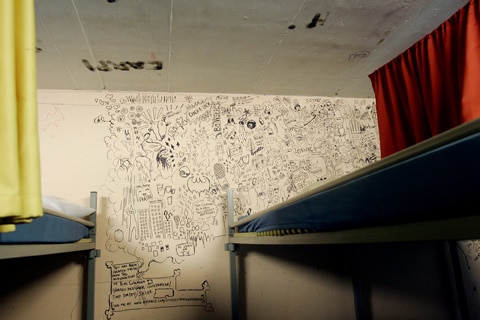 Most blocks of flats built since the 60s include an atomic shelter. In peace time they may be used for something else. Here in Verbier, there is a hostel. (Peter Gerber) 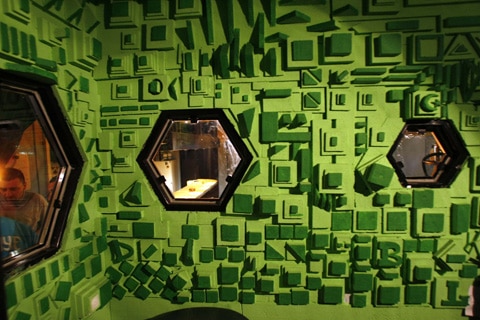 Cool even at the height of summer. Ideal for a bar and discotheque, as here in Bern. (Peter Gerber) 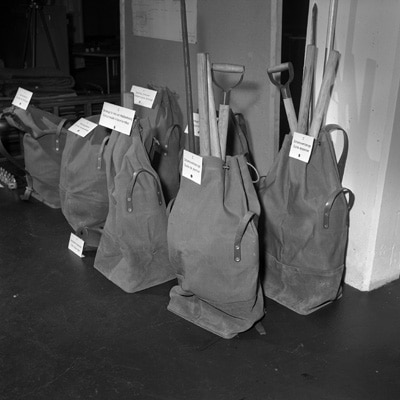 Everything is to hand in case of an attack or a major catastrophe. (RDB/Kuhn) 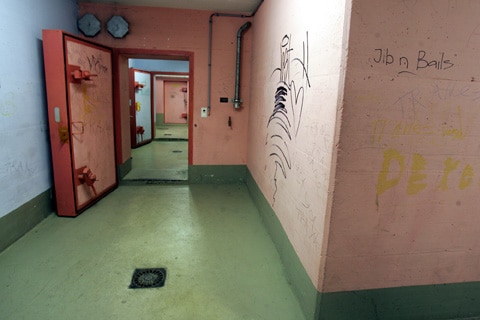 Shelters have between five and several hundred places. In 2006, there were 300,000 shelters in private houses and 5,100 in public buildings. Together they could house 8.6 million people. (Peter Gerber) 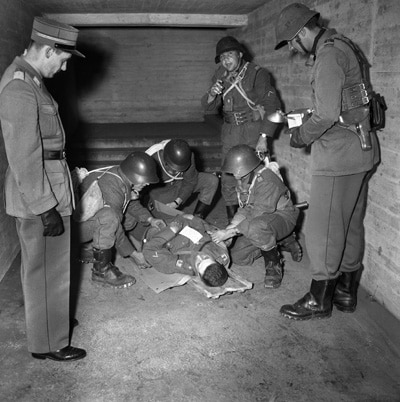 Exercise in a civil protection shelter - a scene which will conjure up memories in anyone who has been through Swiss military service. (RDB/Rutishauser) 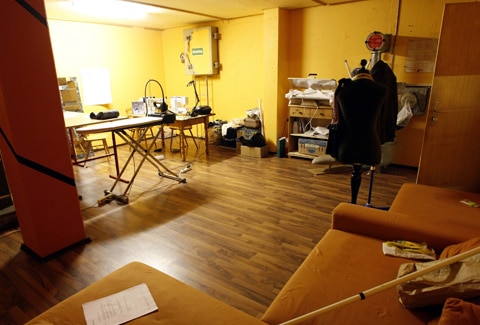 How to gain an extra room. (Peter Gerber) 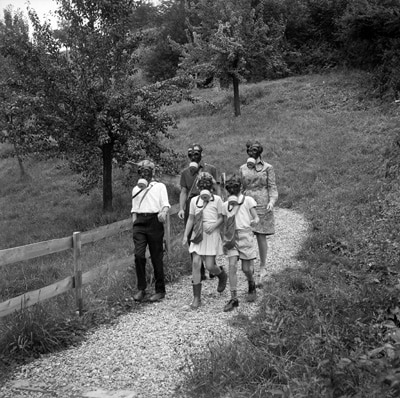 Gas masks for all. (RDB/Kuhn) 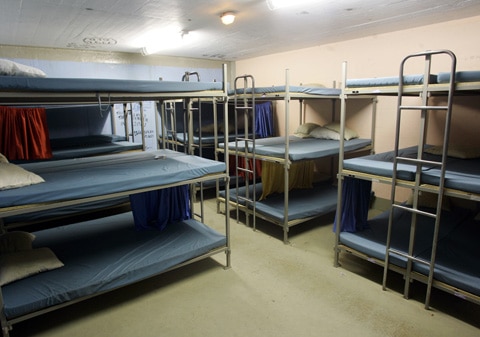 Somewhat spartan, but the important thing is to survive. (Peter Gerber) 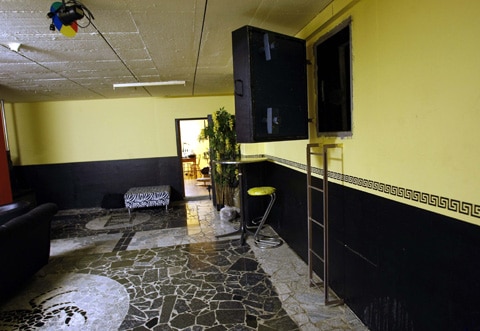 With a little bit of work and a modicum of taste, you can do wonders... (Peter Gerber) 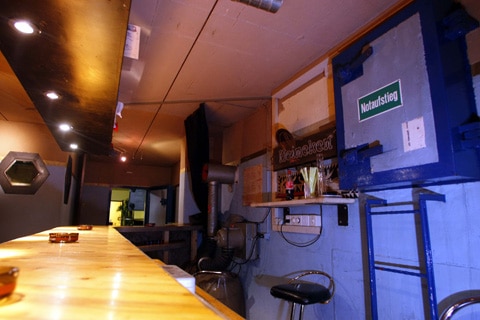 ... as long as you aren't claustrophobic. (Peter Gerber) 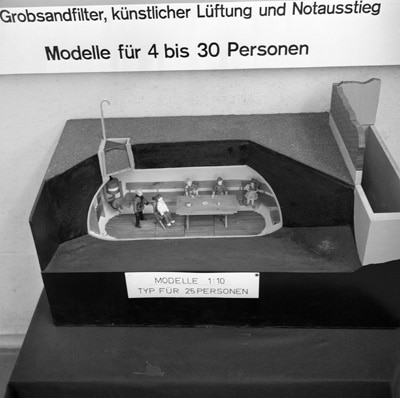 1963, civil defence exhibition. This was when the move to build nuclear shelters was just starting. (RDB/Stampfli) 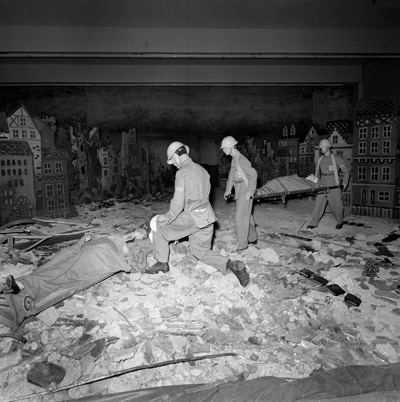 Collapsed houses, death and destruction all around, but never fear: civil defence is there. The message of this 1963 exhibition. (RDB/Stampfli) 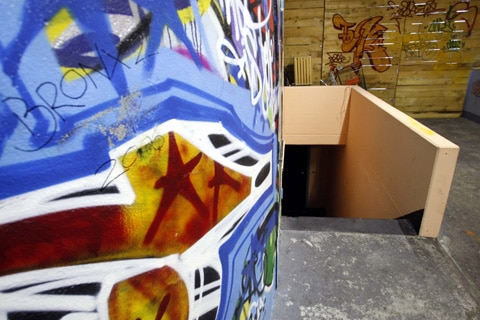 A splash of colour does no harm. (Peter Gerber) 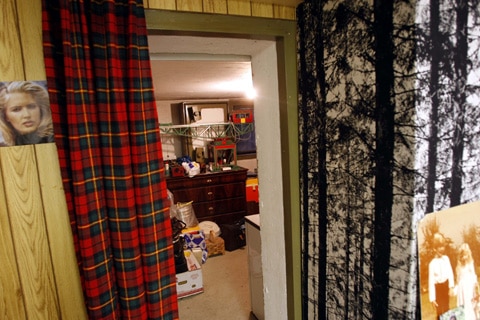 A shelter to keep your souvenirs in. What could be better? (Peter Gerber) 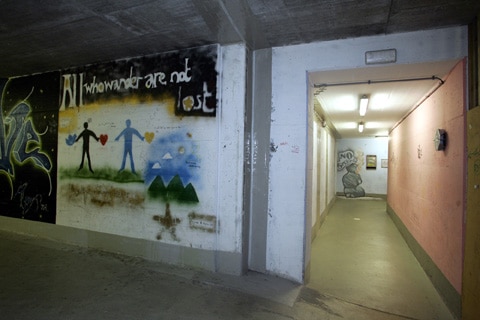 Surely just a relic of the Cold War? The Swiss government disagrees: it is still obligatory to include shelters in new buildings. (Peter Gerber) 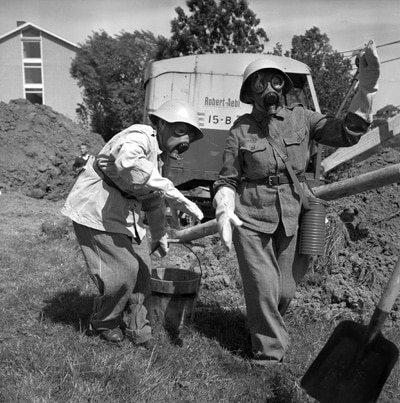 "Neutrality is no protection against radioactivity" - the official message in the 1960s. (RDB/Rutishauer) 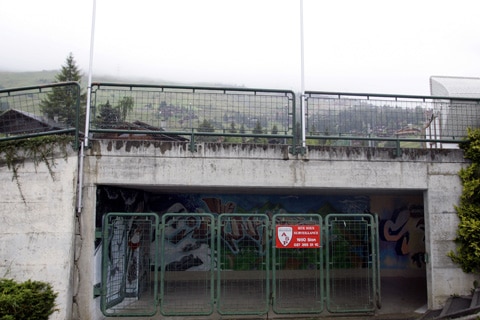 The entrance to the hostel shelter in Verbier. Not a 5 star establishment, to be sure, but not bad for 25 francs a night. (Peter Gerber)

Since the 1960s, Switzerland has built enough underground shelters to protect its entire population with space left over - something no other country has done. But since they have never been needed for their original purpose, they have gradually been put to other uses.