The town of Wetzikon – a 20-minute train ride from the city of Zurich – is your average Swiss town with a railway station, church, and a few shops and restaurants. But this innocuous place of around 25,000 residents is well known among Tibetans worldwide. This is because the town is home to Padma, a company that produces Tibetan medicines - the only one of its kind outside India.

Tibetan medicine is all about achieving a balance between the body’s three energies that manifest themselves as heat, mental stress and fluids. A preparation made up of a collection of powdered Himalayan herbs is used to restore this balance when someone is ill. The recipe may be traditional but, at Padma, the manufacturing process is the same as in any pharmaceutical company.

The Padma Tibetan medicine production unit near Zurich is the only one of its kind outside India.

One of Padma’s best sellers, Padma 28 - meant for circulatory disorders, undergoes around 300 different tests to ensure the product meets Good Manufacturing Practice (GMP) guidelines that are more in line with the pharma industry than a centuries old traditional medicine system.

“In terms of regulatory requirements, even though herbal products fall under the traditional medicines category they have to meet the same quality and safety standards as regular medicines,” Cécile Vennos, Padma’s head of regulatory affairs, told swissinfo.ch.

The provisions under the Swiss law on therapeutic products also do not take into account the unique nature of different herbal products, which are quite diverse as they come from different traditions. For example, Tibetan medicines use more than five different plants (active ingredients) in each formula and are sold in powdered form and not as plant extracts.

“We are always in discussions with the authorities because they think we have a strange product,” says Vennos.

The need to understand the nuances of different traditional medicines has grown since 2012 when five alternative therapies, including herbal and traditional Chinese medicine (TCM), were included under the basic health insurance package on a trial basis. However, safety is what is at the top of the regulator’s agenda. Swissmedic, the Swiss agency for therapeutic products that regulates medicines in Switzerland, takes the “precautionary principle” very seriously.

“Every medicinal product has a potential benefit, but also potential adverse effects. It is not always possible to predict the risk potential, and for this reason we always give very careful consideration to the balance between the two aspects,” a Swissmedic spokesperson told swissinfo.ch.

The burden of tradition

One advantage accorded to herbal products is that requirements to prove efficacy are not as stringent as for conventional drugs. Traditional medicines don’t need to go through expensive clinical trials provided there is a record of them being used to treat illnesses for at least 30 years, including a minimum of 15 years in Switzerland or Europe. However, this is far from easy to prove.

“It is very difficult to demonstrate 15 years of use of a traditional medicine in Europe when you are the first one to introduce it commercially into the market,” says Vennos.

This requires hunting for evidence like prescriptions, orders and invoices from the past from different sources. As a result, introducing new formulas can be a long waiting game unless manufacturers are prepared to cough up the money for clinical trials, which small companies like Padma cannot afford.

Importing herbal remedies from abroad also presents challenges. Importers have to regularly verify the GMP compliance of the foreign manufacturer. Swissmedic can demand documents such as GMP certificates, audit and inspection reports of the production plant at any time. Expert reports on risk of contamination by pesticides, heavy metals and microbes are also necessary for Asian medicinal products.

These requirements ensure that Swiss consumers get high quality goods. However, there is a price to pay. According to the Swiss Professional Organization for Traditional Chinese Medicineexternal link there is a trend of increasing analytical requirements – tests for proving identity, quality and purity of ingredients - for complementary medicine. The regulator Swissmedic says this is part of applying the latest research on such products to ensure standardisation.

“There is an increasing number of monographs on Asian drugs. Therefore, the raw materials/active substances must meet the requirements of the European Pharmacopoeia,” says a Swissmedic spokesperson.

But for companies, all these new testing requirements result in additional costs.

“Because of this fact, products with a small profit margin are not interesting for TCM firms in Switzerland, which means we don’t have access to the full range of products in the country,” says Najad Brunschweiler, spokesperson for the TCM professional association.

Given the tough import requirements for herbal products and raw ingredients it can sometimes be easier to manufacture or grow them in Europe. Hans Rhyner, who practices the Indian traditional medicine system Ayurveda, grows and blends his own herbal products in neighbouring Austria.

“It is no problem to send my products to Switzerland or other EU countries as Austrian standards are recognised. It is more difficult for those importing products from India as many of the certifications issued there, like the one for organic products, are not recognised in Switzerland,” he says.

Despite the hurdles, not all are against the stringent regulations. Oliver Werner, whose company Maharishi Ayur-veda products imports Ayurvedic medicines directly from India, warns against complacency.

“In EU countries Ayurveda medicines are treated as food supplements and not medicines. Despite quality control requirements, there have been cases of contamination with heavy metals which affects the image of Ayurveda,” he says.

According to him, it is relatively simple to import Ayurvedic medicines provided the ingredients are on a list vetted by Swissmedic for Asian medicine products. However, the ingredient list is still in the process of being checked and expanded by the regulator, which means it is not possible to import new formulas yet. Swissmedic is looking to other parts of the world to plug knowledge gaps and keep pace with developments in complementary medicine.

“Swissmedic maintains close links and works regularly with partner authorities in countries including Australia, Singapore, Canada and the EU. This enables us to check whether decisions concerning complementary medicinal products can be incorporated into the review process, and it is involved in selected EU working groups in this field,” says a Swissmedic spokesperson.

All this can be frustrating for not just manufacturers and importers but also practitioners. Franz Rutz, president of the Swiss Professional Association for Ayurveda Practitioners and Therapists, wants a sustainable supply of quality products for Swiss professionals.

“Regarding the future, it is a question of having clear laws, harmonisation of standards with suppliers in India, and building confidence in imported products, maybe with the support of the Indian government,” he says.

After being rejected in 2005 by the authorities for lack of scientific proof of their efficacy, complementary and alternative medicines made a comeback in 2009 when two-thirds of Swiss backed their inclusion on the constitutional list of paid health services.

As a result of the vote, five alternative therapies – homeopathy, holistic, herbal and neural therapies and traditional Chinese medicine – were included under the basic health insurance package on a trial basis from 2012 to 2017, provided they are administered by certified medical doctors.

Ayurveda and European traditional medicine - as well as homeopathy and traditional Chinese medicine - have also been approved for a national diploma examination. Some health insurers reimburse the cost of such treatments by non-doctors for those who opt for a supplementary insurance plan over and above the mandatory basic health insurance package.

Before 2001, the 26 Swiss cantons had the right to approve remedies for use within their borders without federal oversight. In 2001, this policy ended and federal approval in the form of Swissmedic became obligatory. However, an exception was granted to the northeastern canton of Appenzell Ausser Rhoden as it was a small canton without many doctors and pharmacies but many complementary medicine therapists who complained they lacked enough medicines to give their patients.

The canton was allowed to sell medicines that had been approved before 2001. Companies like Padma had obtained the approval of certain herbal formulas, which today can only be sold in Appenzell Ausser Rhoden and nowhere else. Some of these preparations are approaching the 15-year mark and Padma hopes they will therefore meet the traditional medicine criteria and be allowed to be sold throughout Switzerland. Even if they succeed this loophole has now been closed for new herbal products.

Do you think traditional Asian medicine should be subjected to the same regulations as conventional drugs? Let us know in the comments section below 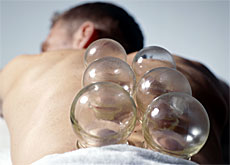 The Swiss are increasingly resorting to ancient Chinese remedies to cure their back pain, asthma, allergies or other chronic disorders. This ...

Homeopathy in Switzerland Why alternative therapies are covered by health insurance

Switzerland is swimming against the tide with its decision to grant complementary therapies the same status as conventional medicine. Is it a case ...

Health insurance Swiss healthcare: between the state and the free market

Two-speed healthcare systems are now a reality in Europe. Although there is a general trend towards systems combining state control and free ...