Between 1956 and 1979 a holiday camp was run in northern Switzerland for the Swiss Abroad. Did you ever spend a holiday in Dürrenäsch? 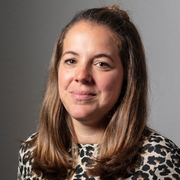 Once upon a time the small Aargau village of Dürrenäsch was known all over the world. At least among the Swiss Abroad. That was where they spent their holidays when they returned Switzerland between 1956 and 1979. They came from France, Germany or Italy – but also from Peru, Colombia or Singapore.

But why Dürrenäsch of all places? Herbert Bertschy-Ringier was responsible for founding the so-called Swiss Abroad Home in his hometown. Bertschy-Ringier had travelled widely in his life and repeatedly bumped into fellow countrymen on these trips. The one thing they all had in common: they were homesick.

In Aargau, the Swiss Abroad found refuge among their compatriots and enjoyed their holiday in their old homeland.

Did you, your family or acquaintances also spend a holiday in the Swiss Abroad Home? SWI swissinfo.ch is looking for people who were there at the time who can talk about what it was like.

Write to us:  Melanie.eichenberger@swissinfo.chExternal link