Two prominent Roman Catholic leaders in Switzerland appear sharply split on whether a central registry for paedophile priests is a good idea.

The president of the Swiss Bishops Conference, Norbert Brunner, in an interview published on Sunday rejected the idea and deflected the church’s responsibility in cases of abuse by clergy.

It is “up to each diocese to clarify before an appointment whether a person meets the professional and moral qualifications,” Brunner, the country’s top-ranking Catholic, told the Le Matin Dimanche newspaper.

Pope Benedict XVI on Saturday apologised for sex abuse by clergy in Ireland and ordered an investigation.

In a letter addressed to the people, bishops, priests and victims of child sex abuse in the overwhelmingly Catholic country, the pope did not make specific reference to churches in other countries, particularly the pope's native Germany.

Pope Benedict also avoided placing responsibility for the scandal on the shoulders of the Vatican.

The Swiss bishop has taken more or less the same position. In Brunner’s eyes, the bulk of the responsibility for crimes in Switzerland falls on offenders – not on the country's church.

“I have trouble when the church as an institution should apologise to victims for the actions of others,” he told the NZZ am Sonntag newspaper. Rather, the bishops should truly be sorry in these cases “and that I am”, he added.

Martin Werlen, the abbot of a Benedictine monetary in Einsiedeln, a town nestled in the foothills of central Switzerland, is a proponent of creating a central registry in Rome. He feels increasingly lonely.

"I'm afraid that the Church leadership in Rome is not taking the situation seriously enough," Werlen said in an interview in SonntagsBlick. "Our credibility is at stake."

“I realise only a few decision-makers’ assessments of the situation are correct, in my view,” he said.

Some dioceses in Switzerland are very vigilant, he argued. There are others “which seem to hardly notice what a difficult situation we are stuck in.”

Werlen says at least three of his monastery’s 77 monks had committed acts of abuse since he took up office in December 2001. No legal action has been taken.

A database, Werlen argues, would allow dioceses to check on incoming priests, no matter the location. He plans to put forth the proposal to the Swiss Bishops Conference and is calling for an extraordinary session, saying a decision must be made before the group’s next regular meeting in June.

The Bishop of Basel's general representative, Roland-Bernhard Trauffer, told the Sonntag newspaper he would back a blacklist if it meant cases of sexual abuse could be avoided.

Christoph Darbellay, leader of centre-right Christian Democrats, called for priests found to have committed abuse to be blacklisted.

Abuses within the church are not routinely brought to the attention of authorities, notes Brunner. If a bishop or priest discovered abuse, the offender is invited to turn himself in.

Sometimes not. Disgraced Cardinal Bernard Law shuffled two priests from parish to parish in the United States despite allegations of sexual misconduct in what became the country’s most high profile church abuse disgrace. He is now archpriest at one of the Vatican’s four papal basilicas.

And if crimes are admitted, it can take a long time: a priest in eastern Switzerland last week resigned and surrendered to authorities after confessing to sex abuse more than three decades ago.

In very severe cases, Brunner said, the church would report abuse to authorities if the victim agreed. That’s a policy which the church here has consistently followed.

If a priest were to admit abuse during confession, Brunner says it would remain secret. “The sacramental seal must not be broken,” he said.

Brunner said canon law stipulates penalties for all crimes committed by priests. “If the priest is improving, if he repents, you can waive the penalty.”

The Holy See's official prosecutor says the Vatican's disciplinary office had dealt with 3,000 cases of sexual misconduct since 2001, covering "crimes" committed over the last 50 years.

About 300 of these involved "paedophilia in the true sense of the term" meaning abuse based on attraction to prepubescent children. About 60 per cent of the cases concerned adolescents and the rest involved heterosexual relations.

A full trial had been completed for 20 per cent of the cases and only 10 per cent had resulted in the pope dismissing the offender from the priesthood.

As the child sex abuse scandal in Europe widens, doubts have been raised over whether an expected statement from Pope Benedict XVI will help heal ... 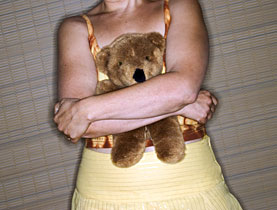 Justice Minister Eveline Widmer-Schlumpf says a plan to abolish the statute of limitations for paedophile crimes will not protect children from abuse. 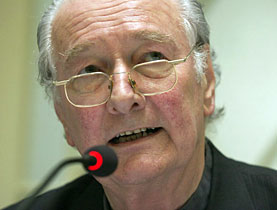 The Catholic bishop for western Switzerland has asked forgiveness from victims of paedophile priests, after several cases of abuse came to light. ... 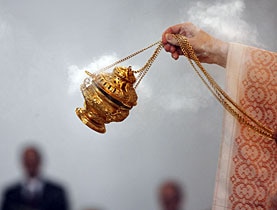 The case of a Swiss priest who was moved to France by superiors who knew he had already sexually abused at least one child is rocking the Swiss ...