By day, Florian Roth is a lawyer and Jessica Wezel is a medical insurance specialist; by night, they are Flo & Jessie, two young stars of Switzerland's lively country music scene.

In this podcast they explain how they got the country bug, why they think country music is so popular in Switzerland – and the secret of a successful duo.

We also hear some of the tracks from their debut album, an EP of six original songs which will be launched on April 4. I’ve Gone My Way was recorded with The Black Baronsexternal link, a country and folk band which Flo founded in 2007.

“We’ve played so many shows over the past two years that it took quite a while to finish the recordings!” Flo says.

However, the album might not have happened at all had Jessie not followed her musical heart in Ireland.

“I’d planned to spend three months in Cork on a language course. I’d spent two weeks at school when I met a couple of Irish musicians on a bus who invited me to join them to play a private party,” she says. “I soon ran out of money, so they offered to let me play with them, first on the streets and later on club and pub tours in several towns throughout Ireland. That saved me!”

Travelling yodels Cowboys and crossover artists put the ‘yo’ in yodel

The yodel: is it a herders‘ call, a melancholy mountain lament or a high art form? Depends on who you ask, what continent you’re on and what ... 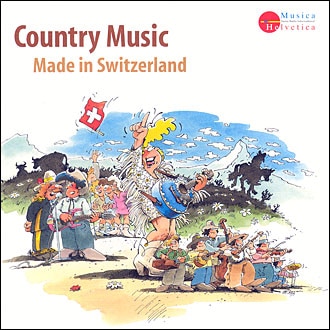 Country Music - Made in Switzerland

Country made in Switzerland: how did this ever begin? The fascination with American lifestyle, with American music, with country and rock'nroll, ...