Swiss oceanologist Jacques Piccard, one of the 20th century's last great adventurers, has died at the age of 86 at his home on Lake Geneva.

Credited with designing submarines that could withstand the planet's most uninhabitable environments and one of two men to reach the deepest point in any ocean, Piccard died on Saturday.

In 1960, along with United States Navy Lieutenant Don Walsh, Piccard descended 10,916 metres secured inside the submarine Trieste, to the bottom of the Mariana Trench off the South Pacific island of Guam.

The craft took five hours to reach its destination, described as "light and clear", where Piccard and Walsh encountered flat fish and a new species of shrimp. At the time it had been believed that creatures could not survive at those depths.

"By far the most interesting find was the fish that came floating by our porthole," Piccard said of the dive. "We were astounded to find higher marine life forms down there at all."

But with pressure greater than 1,000 times that at sea level bearing on the submarine and a crack in one of the 19-centimetre thick windows, the hydronauts stayed barely 20 minutes before making an ascent of over three hours to safer waters.

Their feat has not been replicated.

Born in Brussels on July 28, 1922, Jacques Piccard was the son of physicist and adventurer Auguste Piccard, the first person to reach the stratosphere in a balloon.

He studied economics and international relations in Geneva but joined his father in building deep-sea submarines, known as bathyscaphes, after reaching then record depths of over 3,000 metres.

Piccard's 1960 discovery of living organisms at a depth of over 11,000 metres led to the prohibition of nuclear waste dumping in ocean trenches, one of Piccard's most significant accomplishments.

Several years later, Piccard brought the adventure – albeit on a smaller scale – to the masses. During Expo 64 in Lausanne, Piccard's 166-ton submarine mésoscaphe transported some 33,000 visitors to a depth of 60 metres in Lake Geneva.

In 1969, Piccard would spend a month drifting some 3,000 kilometres in the Gulf Stream at a depth of over 300 metres, studying the warm Atlantic currents.

He created the Foundation for the Study and Protection of Seas and Lakes in the French-speaking town of Cully. He lived in the town of La Tour-de-Peilz, between Vevey and Montreux.

"There is still so much to do before I die," he said on his 80th birthday, and would continue to design and supervise construction of his submarines for two more years. He made his last dive at the age of 82.

"He passed on to me a sense of curiosity, a desire to mistrust dogmas and common assumptions, a belief in free-will, and confidence in the face of the unknown," wrote his son, adventurer Bertrand Piccard, on his company's website on Saturday.

"His three children, Marie-Laure, Thierry and myself all owe him a certain vision of life, in which respect for others is the guiding principle, and dreams can be realized through perseverance."

In 1999, the younger Piccard was the first to circumnavigate the globe in a balloon, and in 2011 will attempt to travel non-stop around the world in a solar aircraft.

On Saturday evening, the spokesman for Bertrand Piccard's company, Solar Impulse, told swissinfo that funeral arrangements had not yet been made.

The family is to release a statement early next week.

In 1960 Jacques Piccard and Donald Walsh set the record for the deepest ever ocean dive, in the South Pacific's Mariana Trench.

Nicknamed "the deepest man in the world", Jacques Piccard built the Auguste Piccard mésoscaphe, the first submarine for tourists.

At Switzerland's national exhibition, Expo 64, the mésoscaphe took 33,000 guests below the waters of Lake Geneva.

The oceanographer also led an international expedition to study the Gulf Stream.

He then devoted himself to studying the Swiss lakes.

Benedict Allen (1960-)
Completed a 24-week 5,000-kilometre trek across the Siberian drylands, part of Mongolia and the Gobi desert

Steve Fossett (1944-2007)
Held records in ballooning, sailing and flying before dying after crashing during a routine flight in Nevada 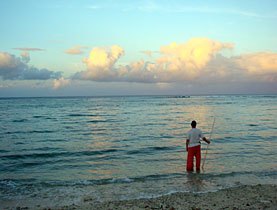 Xavier Rosset is sitting outside his rustic chalet in the Swiss mountains, but his mind is 18,000km away. After six years in the limelight as a ... 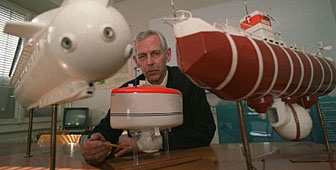 Jacques Piccard, the first man to descend to the deepest point of the ocean, says he remains as committed as ever to preserving the world's lakes ...