Many people in the Ticino region have opened their homes to cross-border health workers from neighbouring Italy. It has become increasingly difficult for Italians to commute to work and back across the border after Italian authorities imposed measures to curb the spread of coronavirus. 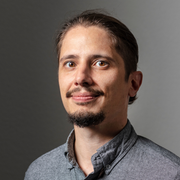 News of the lock down in Italy’s northern Lombardy region last Saturday, March 7, did not take long to spread on social media, even before it was announced officially.

Predictably, the news also began to spread in the Italian-speaking Ticino region across the Swiss border. One of the immediate concerns was how the canton’s hospitals and homes could cope without the Italian cross-border workers.

There are nearly 70,000 people from northern Italy who enter Switzerland for work every day, including some 4,000 employees in the Ticino health sector. So measures to stem the spread of the virus could be counter-productive and shut out precisely these employees.

Being part of the solution

It did not take long either for the first signs of solidarity to be published on Facebook.

“I offer free accommodation for personnel in the medical/ healthcare sector who need to stay in our canton,” reads a message posted over the weekend.

One of the people behind this solidarity initiative is Nevia Elezovic. She created a Facebook group C’è posto per teExternal link (There’s a place for you to stay) with a site compiling all the offers for temporary accommodation.

Similar Facebook groups have been set up in the Swiss cities of ZurichExternal link and BaselExternal link. Their aim is to find people willing to do the shopping for so called risk groups, notably elderly people or those suffering from a medical condition.

Two basic rules apply: The service is free, nobody gets paid or receives any other reward in return. Those who  are able to help do so, and those who need help accept it.

“Regardless of how the situation develops, I have decided to be part of the solution rather than the problem,” Elezovic told tvsvizzera.it.

“If I feel the need to help, maybe others will feel the same. I discussed this with a friend and with my mother, who works as a nurse at an old people’s home. And the solution seemed obvious: We should offer what we have, and what we have is a house.”

A Facebook group seemed to be the best way of getting the message to a broad potential audience. “We have to make sure the message gets to the right people,” says Elezovic.

This private initiative appears to have been quite efficient. Twenty-four hours after creating the Facebook group on Wednesday, some 50 offers had been published on the site.

Some of the offers also came from people who – under normal circumstances – make a financial profit in the hospitality sector.

For example, Carla Giusto runs a B&B in the town of Locarno and is offering three rooms. “I’m from Venice and I told myself this is a perfect opportunity to help Switzerland, the country which has adopted me,” she says.

She believes that the Swiss authorities are a bit slow in taking the necessary measures compared with the situation in Venice.

“I hope they will act quickly now, because this is a real crisis. But I’m confident that if everybody contributes and acts responsibly, we will cope,” she says.

This content was published on Dec 1, 2021 Dec 1, 2021 The virus situation has worsened in the past few weeks. Switzerland has also tightened entry restrictions to check the spread of the Omicron variant.