Concerns about foreigners and the economy are on the rise in Switzerland, according to the 2011 Credit Suisse Worry Barometer.

But unemployment remains the biggest concern, notes the report, which was published on Thursday.

Worries about joblessness – including unemployed young people – have traditionally topped the barometer. This year is no exception, despite Switzerland’s relatively low rate of unemployment, measured at 2.8 per cent from June to September.

Ranking second on the worry barometer is the issue of foreigners, in particular the free movement of persons and their integration within Switzerland. Last year, foreigners were the fifth biggest concern.

The economy was the third major worry – a big jump after coming in at position 14 in 2010. The financial markets and health care tied for fourth place, followed by retirement provision and personal safety.

To produce the barometer, the survey asked 1,000 people entitled to vote in Switzerland to name their five biggest worries out of a list of 35 potential ones.

People in Switzerland are more worried about nuclear contamination and financial problems than they were a year ago, according to a study ...

Amid a stream of job cuts by Swiss firms, all eyes are fixed on the two potential temporary solutions – a weaker Swiss franc and the government’s ...

The justice ministry appears to have some way to go to win support for its proposals aimed at boosting integration of foreigners. The increased ... 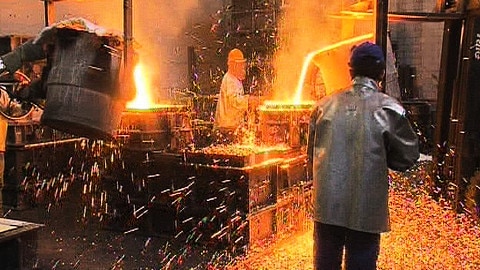 How the economic crisis affects a young father's life. More than 25,000 people in Switzerland are currently working short-time. One of them is ...