"The organisation has changed from a toxic, almost criminal state to what it should be. FIFA takes care of football,” Infantino said after being voted in at the 69th FIFA Congress in Paris. “We no longer have room for corruption at FIFA. Zero tolerance.”

Zurich-based FIFA has for years been at the centre of numerous corruption scandalsexternal link. Infantino first took office in 2016 when he predecessor Joseph Blatter was cast out in disgrace. Suspicions of malpractice have continued to haunt the organisation in the last three years, but Infantino said they are unfounded.

The 2018 World Cup in Russia provided FIFA with a financial boost, helping the organisation to secure a $1.05 billion (CHF1.04 billion) profit in the 2015-2018 cycle between the showcase tournaments. Financial reserves rose to $2.75 billion, an increase of 80%, as the last edition of the World Cup netted $4.6 billion.

Over the last few years, FIFA’s internal crackdown on corruption has seen numerous officials thrown out of the sporting body and banned from football related activities. Prosecutors from Switzerland and around the world continue to investigate the tangled web of corruption.

Critics, including Swiss lawyer Mark Pieth who helped shape the FIFA reform blueprint, have also criticised Infantino’s perceived authoritarian leadership style. Fingers have also been pointed at informal meetings between Infantino and the Swiss Attorney General that took place during the investigation period, but a probe found no evidence of corruption.

FIFA presidential election The Swiss who would be king of football

A Swiss citizen from Canton Valais, with a long career in football administration, wants to become President of FIFA. Sound familiar?

Swiss law professor Mark Pieth warns that FIFA’s move to remove the heads of the ethics committee means the reform process at FIFA is ‘dead’.

Gianni Infantino, the Swiss head of the Zurich-based world football governing body FIFA, has been cleared of any breach of ethics by an ... 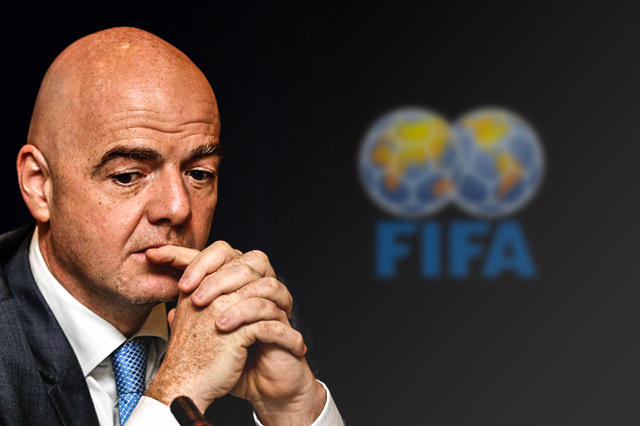 FIFA at crossroads Is FIFA really on the path to reform?

Following the banning of Sepp Blatter, new accusations levelled at his successor, Gianni Infantino, and the most recent raid on FIFA HQ, do you ...

FIFA presidential election The Swiss who would be king of football

A Swiss citizen from Canton Valais, with a long career in football administration, wants to become President of FIFA. Sound familiar?