Swiss art collector Angela Rosengart says that speculation is destroying the art market, with money replacing passion and driving prices through the roof.

This why Rosengart believes that theories claiming a collector was behind the SFr180 million ($165 million) theft of a Cézanne, a van Gogh, a Degas and a Monet in Zurich last week are not plausible.

An art dealer by trade like her father, Rosengart donated her collection of works by artists such as Picasso, Braque and Klee a few years ago to a museum in Lucerne that bears her name and is housed in a former subsidiary of the Swiss National Bank. swissinfo caught up with her in the former boardroom.

swissinfo: How did you feel when you heard about the theft at the Bührle collection?

Angela Rosengart: At first I was frightened and very sad, because these pictures are art history. The Bührle is a wonderful collection. Everything was chosen by Mr. Bührle himself and now it's like stones missing in a wall. The wall is incomplete because the stolen works were an extremely important part of the collection and I can only hope that they come back.

swissinfo: It was the second major art theft in less than a week in Switzerland, after two Picassos were stolen earlier near Zurich. Are you concerned the same thing might happen to your collection here in Lucerne?

A.R.: There is always the risk that someone might try it. I don't think it would be as easy here at the museum as it was at the other places. But of course one has to take precautions.

swissinfo: Has security always been a concern for you? You used to keep your collection at home.

A.R.: At home, it was quite different. Everything was in one small house and I took care no one knew about my collection. Here in the museum, it's quite the opposite. I try to make as many people as possible aware of its existence. When we opened the museum six years ago, everything was carefully studied to prevent thefts. Security is very important and I hope it will work.

swissinfo: What would it mean to you if someone stole one of the Picassos or Klees hanging here?

A.R.: Every picture here is a piece of my soul. I would be desperate if something went missing. My father and I put together the collection with our heart, not with the view of creating a collection, but it was formed to be a whole.

swissinfo: There has been speculation that there was a collector behind the Bührle theft. Is that credible?

A.R.: I think that's just a romantic story. It is criminals who are behind the theft and not someone with a passion for art. I'm sure of that.

swissinfo: What struck many people was the value given to the paintings stolen, including SFr100 million just for the Cézanne. How is it possible to come up with such figures when we are talking about paintings?

A.R.: There are certainly people rich enough to pay that kind of money. The only way to establish a value for these paintings is an auction. There have been auction results in the past two years that were close to these sums. Of course, there was nothing as important by Cézanne up for sale, but there were other valuable works by the artist that came on the market.

It was probably the values of these other works that helped set an estimate for the stolen Cézanne, which is a nice round amount. It could have been SFr80 million, but it could have been SFr110 million as well. The problem is that there is no price tag like when you buy a loaf of bread.

A.R.: Both probably. Nowadays, there is a lot of speculation with art, which I find very sad, because for me there is no picture in the world that is worth SFr100 million. I hope that within a few years this speculation will end and that people who really love art and are not so rich can make purchases again.

swissinfo: What if someone gave you SFr100 million to buy the Cézanne? Would you accept the deal?

A.R.: Well if you gave it to me and said it was only for the Cézanne, I would probably do it because it is a wonderful picture. But I would probably always wonder what one could do in the world with so much money – help people in Switzerland and abroad. It would be a dilemma for me.

swissinfo: Art auction prices have been breaking records on a regular basis. Is collecting now a business, a purely financial affair, or is there still some space for passion?

A.R.: It is certainly now a kind of business. The amounts involved are frightening. There must be some passion, but speculation plays a role now. A lot of people who made easy money quickly spend it easily and that is always dangerous.

swissinfo: So is there still some space for the collector's passion nowadays?

A.R.: The ones who have passion can't buy art anymore. I myself can't compete anymore. I go to auctions, I watch, but I am unable to buy pictures. I want quality and quality has become so expensive that all I can do is look on.

The Rosengart Museum, which opened in 2002 in Lucerne, is the home of Angela Rosengart's personal collection, containing over 200 works, 47 of them by Pablo Picasso and another 120 by Swiss artist Paul Klee.

Rosengart decided in 1992 to make her private collection available to the public, creating a foundation to ensure its integrity after her death.

The museum is set to expand in May, when a series of works by Picasso donated by Rosengart and her father to the city of Lucerne to mark the 800th anniversary of its foundation in 1978, will cross the road and join the foundation collection.

A life for art

Angela Rosengart was born in 1932 in Lucerne, where she still lives.

She has been active in the art dealing world since age 16, initially working for her father Siegfried, before becoming the co-owner of the family business. Her father died in 1985, leaving her alone at the helm.

During her career, she has focused on the so-called "Classic Modernists". She was also a personal friend of some of these artists, among them Picasso, who painted her five times. 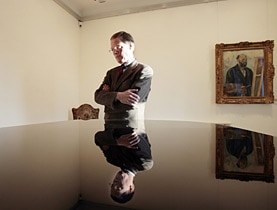 As Zurich police investigate the "art theft of the century", museum staff are left to contemplate the bare walls where works by Cézanne and van ... 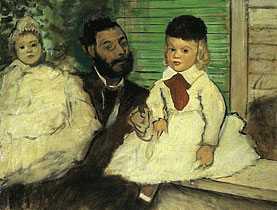 Police and art experts are puzzling over the audacious theft in Zurich of works by Cézanne, Degas, van Gogh and Monet valued at SFr180 million ... 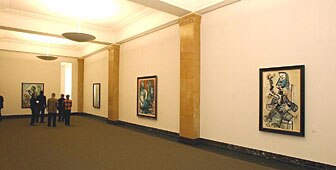 Picasso and Klee see the light in Lucerne

A new museum housing works of art from some of the 19th and 20th centuries' most important artists has opened its doors in the heart of Lucerne. ...

The arms dealer who loved art