At first glance, impressionist painter Monet may not have much in common with the tribal carvings of spirit crocodiles from Papua New Guinea – or does he?

A show at the Beyeler Fondation at Riehen near Basel is putting African and Oceanic art alongside the works of western masters, with often surprising results.

"Visual Encounters – Africa, Oceania and Modern Art", which opened on January 25, marks the first time that works from Africa and Oceania have formed the core of a Beyeler exhibition.

The display includes highlights from the foundation's own impressive collection, built up by art dealers Ernst and the late Hildy Beyeler over more than 50 years.

Apart from being experts in modern western art – the Beyelers were personally acquainted with Picasso – Ernst also developed an eye for African and Oceanic art, which was according to exhibition curator Oliver Wick, "his private pleasure".

When Ernst Beyeler had the idea of creating his own museum in 1997, it was one of his founding wishes that his few pieces of art from other cultures be presented "at the same level" as his cherished paintings from classic modern culture, Wick told swissinfo.

As a result, African masks and other artefacts are dotted amongst works by Cézanne and Bacon. But Wick wanted to go further.

"We thought it was very important to really change the relationship, meaning that western art would be in the background and other cultures in the foreground," Wick said.

"So it will not be five paintings by Fernand Léger, and one African mask, it'll be the contrary - a whole group of works from Africa or Oceania with maybe just one or two paintings from a modern western artist."

Thus as the visitor enters the exhibition he is treated to a large rendition of the Monet's famous Water Lilies. In front of it, however, are two huge sculptures of spirit crocodiles, sacred to the Ambonwari people of Papua New Guinea.

"They have strictly nothing to do with each other. Monet, if he was interested in other cultures, it was in the spirit of his times, the art of Japan. He certainly did not look at Africa," Wick said.

"Sometimes there are similarities. I have magical objects from Africa next to the Cubist artists Picasso and Braque, but the idea is not to show that Cubism was born out of African art or was influenced by it, it's more the idea to show the visual explosion of forms from these juxtapositions," he explained.

In Picasso's case, fearsome nail figures – sculptures from the Congo bristling with nails and spikes for warding off harmful magic – are set against the square, jagged lines and grey colours of the artist's Girl with a Mandolin.

In another room, the bright colours of a rare feathered portrait of a Hawaiian war god are well complemented by American artist Mark Rothko's splashes of red. As for Cézanne's portrait of his wife, Madame Cézanne almost appears to be staring at the graceful female wooden figures from Mali.

Wick says the setting of these two very different art forms side by side makes artistic sense.

"It's a longstanding topic that ethnographic art was not in the strict sense meant to be art. It was always embedded in a context, be it for ritual, be it for funeral rites, initiation, so it was not just made with an artistic purpose," the curator explained.

"However, the aesthetic qualities of the object certainly had a function. They had to enchant the person using the object and they were like an agent between the spiritual idea and the person looking at the object. Therefore I think they can also be regarded as artistic or as art objects."

For Ernst Beyeler, tribal art was fascinating for its "imagination and strength of its expression" and for its "magical powers" on the onlooker.

Wick, who says he still gets "aesthetic goose bumps" from the "aesthetic shock" of the display, hopes that the visiting public will be just as enchanted.

"There was kind of a tension growing during the time we were building up the exhibition," Wick told swissinfo.

"Our guards from time to time peeked into the rooms and said, 'oh, it's gorgeous, it looks fabulous!' despite it being an enormous mess because it was still not up yet - but still the power of this art was here and they felt it and if that happens with the public I couldn't be any happier."

It is based on the non-European highlights in the Beyeler Collection, supplemented by more than 180 loans, including some from other Swiss institutions. It is not meant to be ethnographic, but purely an art exhibition.

Ernst Beyeler is first thought to have begun exhibiting African and Oceanic art at his Basel gallery in the 1950s, but world-class works only entered the collection in the 1970s.

More acquisitions were made following the famous "Primitivism in 20th Century Art" at the Museum of Modern Art in New York in 1984.

Over a period of 50 years, in parallel to their successful activity as gallery owners, Hildy and Ernst Beyeler built up an exceptional collection of works by modern masters. Their collection was transferred to a foundation in 1982.

The opening of the Beyeler Fondation in October 1997 provided the Beyeler Collection with a public museum. The building was designed by the Italian architect Renzo Piano.

The Beyelers were known as leading dealers in modern art and have been credited with putting Basel on the artistic map. They were both involved in founding Art Basel in the 1970s. It has since become the largest international fair of contemporary art.

Ernst is now 87 years old, his wife Hildy died last year. They were married for 60 years. 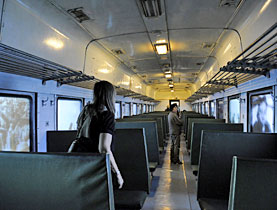 Art Basel, billed as the world's premier show for contemporary and modern art, is welcoming more participation from rising art stars such as China ... 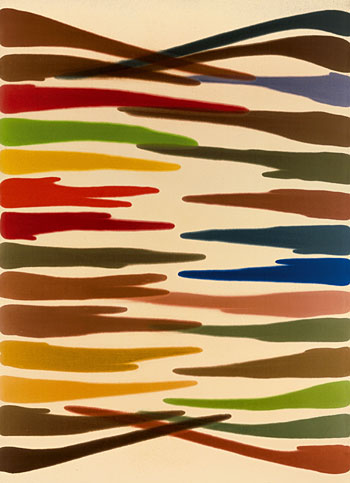 The Beyeler Foundation is hosting a huge exhibition on action painting – a dramatic form of abstract art in which paint is thrown, splattered or ...

Africa and Oceanic art meets modern masters. The Beyeler Fondation near Basel is showing an unusual exhibition where tribal art meets the likes ...