Around half of Swiss children regularly breathe air polluted by tobacco smoke, particularly at home, warns the International Union against Cancer (UICC).

The Geneva-based organisation launched a yearlong global campaign, "I love my smoke-free childhood", to mark World Cancer Day on Monday focusing on the dangers to children when parents smoke.

According to recent figures published by the World Health Organization (WHO), if nothing is done the number of people with cancer worldwide will double by 2020 to around 20 million, with an explosion in developing countries.

"Half of cancers could be avoided if we could prevent the three main causes: smoking, malnutrition and infectious diseases," said UICC president Franco Cavalli on Monday.

"The simplest thing to avoid a catastrophe is prevention."

The UICC's educational campaign will focus on children and their parents. The core messages are to avoid smoking at home or in a car, to advise children to stay away from second-hand smoke and to urge mothers not to smoke while pregnant.

Children are particularly at risk from passive smoking as they are exposed to chronic health risks such as an increased chance of cot death, impaired lung development, and bronchitis and pneumonia in young adults.

About 30 per cent of the Swiss population smoke, according to 2005 figures. Switzerland lags behind its European neighbours when it comes to anti-smoking legislation, but measures are gathering pace at cantonal and federal levels.

Canton Ticino became the first in Switzerland to outlaw smoking in public places in April 2007. All other cantons, except for Jura, Schaffhausen and Appenzell Inner Rhodes, have measures planned. The population of canton Geneva will be able to vote on a cantonal anti-smoking initiative on February 24.

In October 2007 the House of Representatives adopted a draft proposal for a federal law, which stopped short of a blanket ban. It allows smoking rooms and smoking in designated offices and public houses. Restaurants and nightclubs may continue as places to smoke provided permission has been granted.

According to the Swiss Cancer League, the vast majority of Swiss want greater protection from smoking and the watered-down federal law on passive smoking was not going to improve things.

"I think the Swiss have well understood the dangers of smoking. We should really ask ourselves where the opposition comes from," Bruno Meili, the league's director, told swissinfo.

"There are internal reports by the smoking industry which show that from the end of the 1980s the Swiss were conscious of the dangers of passive smoking. In the meantime, the industry carried out a disinformation campaign to confuse the general public," said Pascal Diethelm, president of OxyGenève, the Geneva-based anti-smoking group.

"[The smoking industry] has put in place a strong coalition of people who do lobbying for them. The two biggest agents for them are GastroSuisse and USAM [the association of small Swiss hotels, inns and restaurants and association of small and medium-sized companies]," he said.

"We are very worried about the federal proposal, which is totally ineffective", he said.

"We need to show that via direct democracy the cantons will show the direction to go, adopting measures that conform to WHO recommendations. This will be simple and clear, banning smoking from public places."

In terms of public health, the cantons can go much further than a federal law, he added.

The Geneva-based UICC is an international non-governmental organisation dedicated to the global control of cancer. It has 270 member organisations in 80 countries.

In Switzerland, it has two members: the Swiss Cancer League and the Swiss Institute for Experimental Cancer research.

Since 2000, February 4 has been designated annual World Cancer Day.

Worldwide, cancer kills 11 million people each year (12.5% of all deaths).
After cardiovascular diseases, cancer accounts for the second highest number of deaths in Switzerland: 28% of men and 22% of women die from the disease.
Every year, 31,000 new cases of cancer are recorded in Switzerland, and 15,000 cancer-related deaths.
In Switzerland, 220 children develop cancer every year.
Children in the one to four age bracket are most frequently affected.
The most frequent form of the disease among these children is leukaemia.
Between 75 and 99% of children recover – depending on the type of cancer.
About 8,300 people die from tobacco consumption in Switzerland annually.
There are around 16,000 cases of disability attributable to smoking.
Overall costs of tobacco consumption are around SFr10 billion ($8.47 billion).
The number of lost working days in the country as a result of smoking is estimated at four million. 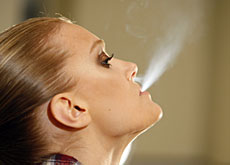 Switzerland has gained six places in a European league table on tobacco control. But in 18th position it lies in the bottom half of the 30 ... 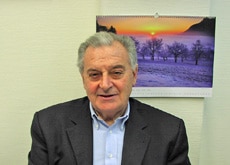 Still "a long way to go" in cancer research

Swiss Award winner and cancer specialist Giorgio Noseda has called for increased funding for cancer prevention and research in Switzerland. In an ... 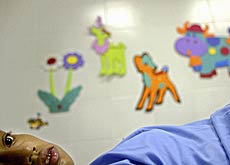 Swiss cancer groups have started a campaign to raise awareness of the disease in children, as part of events to mark World Cancer Day on Saturday.