Switzerland is ranked eighth among 145 nations for having one of smallest gaps between women and men in terms of salaries, schooling other key factors, according to one survey.

The result is the best-ever for the Swiss in the ten years that the Geneva-based World Economic Forumexternal link (WEF) has issued its global report on gender-based gaps. Switzerland’s worst ranking, in 2007, was 40th among 128 nations.

Despite the relatively strong economic rankings, and the fact that gender equality is enshrined in the Swiss constitution, government figures show that women on average still earn an average of CHF678 ($667) per month less than men.

To further narrow that gap, the Swiss cabinet on Wednesday moved to require that all businesses with at least 50 employees conduct an analysis of wages every four years subject to external review.

"More than thirty years after its inclusion in the federal constitution, the principle of equal pay between men and women has not yet materialised in practice," the justice ministryexternal link said in a statement.

Nordic countries fare the best: Iceland is number one, followed by Norway, Finland and Sweden. Next are Ireland, Rwanda and the Philippines. Rounding out the top ten are Switzerland, Slovenia and New Zealand.

None of the nations surveyed has completely eliminated the gender gap across all areas measured: economy, education, health and politics.

The gender gap across all areas has narrowed by just 4% since 2006, and economically by just 3% “with progress towards wage equality and labour force parity stalling markedly since 2009/2010”, said WEF.

“At the current rate, the economic gap will not close until 2133,” it says. “The slow pace of progress in bridging the gap in economic opportunity between women and men means that women are only now earning the amount men did in 2006.”

In education, 25 countries have achieved absolute parity in educational opportunities. But the gap has widened on education in 22% of countries surveyed in each of the past ten years.

Women’s wages are rising faster than men’s but still average about 19% less across gender largely due to “individual career and job choices” that include a preference for part time work and less interest in technical professions, the foundation said in a report.

“Going the full distance on gender equality will need government policies that place fewer barriers on women who want to combine family and career,” it said.

Switzerland came out number one for 2015 in another set of international rankings released on Wednesday that looks at “the extent to which countries develop, attract and retain talent to sustain the talent pool available for enterprises operating in those economies”.

The Lausanne-based IMD business school’s World Competitiveness Center says that over the past decade the Swiss held onto the top spot every year except in 2006, when they were number two.

“Switzerland excels in all factors particularly in the appeal and readiness factors,” the reportexternal link says. “It is worth mentioning that under the investment and development factor, in the female percentage of the labour force, Switzerland experiences some fluctuation but sees an increase from 44.69% in 2005 to 46.44% in 2015.

Discrimination Gender equality has only been partly achieved

Despite the fact that gender equality is enshrined in the Swiss constitution, it has only been partly achieved in education, the job market and ...

Switzerland has dropped two positions to 11th in the Global Gender Gap Report 2014, published by the Geneva-based World Economic Forum (WEF). This ...

New figures showing a widening pay gap between men and women in Switzerland have surprised observers and could bolster campaigners’ arguments for ...

The gap between men and women may be slowly improving in Switzerland – it has moved up one place in the World Economic Forum (WEF)’s gender gap ...

A major national research programme aimed at pinpointing why gender inequality persists in Switzerland has begun. The issue will be examined by ... 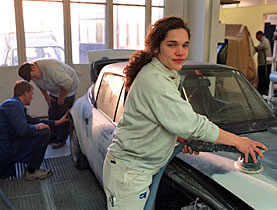 Women in Switzerland have made important advances in the past two decades, according to the Federal Statistics Office. In a report issued to ...