Killing a frog to eat only its thighs is as absurd as butchering an elephant for its ivory, claims a Swiss animal rights organisation.

Every year the Swiss nibble away at 120 tons of frogs' legs – 90 per cent of which are imported from Indonesia.

After fur coats and foie gras, the Vaud Society for the Protection of Animals (SVPA) this month launched a new campaign across canton Vaud urging foodies in the French-speaking region to boycott the white, rubbery delicacy.

"A frog weighs 125 grams; you take off the two thighs, which represents 20 per cent, and throw away the rest," SVPA President Samuel Debrot told swissinfo.ch.

With beef (50 per cent) and pork (40 per cent) you also waste a great deal of the animal carcass, he added, but not as much as frogs.

The SVPA also says the global frog trade is an "ecological and social absurdity".

In Indonesia, the world's biggest exporter (5,000 tons), frogs are captured and sold by farmers looking to supplement their incomes.

"But fewer frogs means the spread of more insects and mosquitoes," said Debrot.

As a result, Indonesian farmers are forced to purchase large amounts of harmful pesticides to protect their crops. India banned the export of frogs for similar reasons.

Frogs' legs pop up on menus around the world: from school cafeterias and posh restaurants in Europe to market stalls and dinner tables across Asia and South America.

Experts claim that around one billion frogs are taken from the wild for human consumption each year. France and the United States are the two biggest importers.

Some five million are prepared for Swiss diners – chiefly in the French-speaking region – imported deep-frozen from Indonesia and Turkey.

Frogs are strictly protected in Switzerland, where it is forbidden to kill, capture or raise them.

With one-third of the world's amphibians now officially at risk from habitat destruction, climate change, pollution and disease, the growing trade in frogs' legs for human consumption could easily tip some into extinction.

Scientists fear that the frog trade could mimic the situation with global fisheries.

"The thing is, it isn't a gradual process," Corey Bradshaw, an associate professor at the Environment Institute of the University of Adelaide, told The Guardian newspaper.

"There's a tipping point. It's exactly what happened with the overexploitation of cod in the North Atlantic. And with frogs there's no data, no tracking, no stock management. We really should have learned our lesson with fish, but it seems we haven't."

Sylejman Gjocaj, the owner of the Cheval-Blanc restaurant in Payerne, which specialises in frogs legs, said after the recent smoking ban he was concerned by the new campaign.

"If I stop cooking frogs' legs, I might as well shut up shop," he told swissinfo.ch.

Eight out of ten of his customers come for his famous frogs' legs in butter, parsley and shallots, accompanied by chips, which he has been preparing for the past 15 years.

But Gjocaj said he understood the argument about wastage. He added that commercial frog-farming might be the way forward.

The SVPA also criticises the fact that between the pond and the plate, frogs undergo "unjustifiable suffering".

Hunted at night with lamps by teams of farmers using nets and hooks, frogs are captured and put into bags of 300, before being transported long distances, during which large numbers die. The live frogs then have their necks slashed, insides removed and are cut in two.

The SVPA says that in most cases the frogs remain in agony for many minutes.

"But it's not as cruel as chopping off shark fins before throwing the sharks back into the sea," Pierre Meylan, owner of the Tramway restaurant in Lausanne, told 24 Heures newspaper.

And in Turkey live frogs are frozen asleep before being killed, he added.

For the moment the impact of the campaign remains uncertain. According to a mini survey in the free newspaper 20 Minutes, 56 per cent of those questioned said it was not cruel to kill frogs to eat them.

In neighbouring France animal-rights groups have in the past tried to persuade their fellow countrymen to boycott France's best-known delicacy, but their campaigns have met with little success.

In Europe France is the biggest consumer of frogs' legs, importing between 3,000-4,000 tons per year. They are also popular in Asia, in countries like China, Indonesia, Thailand and Vietnam. They are also eaten in several southern regions in the US, such as Louisiana, Arkansas and Texas, as well as South America and the Caribbean.

According to the Federal Customs Office, Switzerland imported 119 tons of frogs' legs in 2005.

Indonesia is today the world's largest exporter of frogs' legs – 5,000 tons per year.

Commercial frog-farming has been tried in Europe and the US, but with little success.

The vast majority of frogs that end up on a plate are harvested from the wild.

According to research published in the journal Conservation Biology in January 2009, the global trade in wild frogs has been underestimated in the past. The study claims up to one billion frogs are taken from the wild for human consumption each year.

It has been estimated that at least one-third of the world's 6,000 amphibian species – frogs, toads, salamanders, newts and caecilians - are in danger of extinction.

In Switzerland amphibians have been protected since 1967 and are among the most under threat.

Where vegetarian cuisine is making history

Hiltl in Zurich is the oldest vegetarian restaurant in Europe and is currently managed by the fourth generation of the same family. When the ... 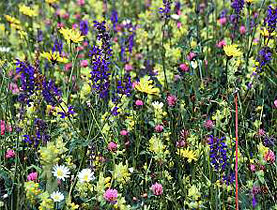 On International Biodiversity Day, Swiss experts have been sounding the alarm over the devastating consequences of the loss of the world's flora ... 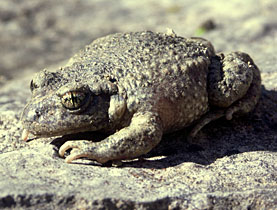 A zoologist is trying to find out whether a fungus is behind the decline of the midwife toad – whose numbers have fallen by 50 per cent in ...

When potatoes first arrived from America, they were initially rejected by Europeans. Protestants in particular were suspicious of the new tuber ...

A visit to Europe's smallest town and its most famous inhabitant, Switzerland's best "chef of the year", Andreas Caminada. (Michele Andina, ...