A Swiss exhibition, using private documents and diaries from Patricia Highsmith's estate, delves deeply into her life and works.

Her heroes were often misfits and her best-selling books sold millions. But American writer Patricia Highsmith preferred the quiet life, living out her last days in Switzerland.

Highsmith wrote 22 novels, several of which were turned into films by such greats as Alfred Hitchcock or Wim Wenders, as well as many short stories.

The prolific writer always researched her works thoroughly, and many of them mirrored her own life.

The multimedia exhibition is at the Swiss National Library in the Swiss capital, Bern. It draws upon the vast literary estate which was acquired by the Swiss Literary Archives after Highsmith's death in a hospital in Locarno, southern Switzerland, in 1995.

It is divided into eight chapters, using themes that pervaded her life and work – "families, a refuge or hell", "morality, normality and oddity" or "society under the microscope".

Visitors can see the author at work and even hear her talking in French and German, both of which she speaks rather well.

"We didn't know until now how intense or excessive her love life was when she was young," Ulrich Weber, the curator in charge of the author's literary archive, told swissinfo.

"She experienced her homosexuality and didn't suppress it, as was the case for her fictitious hero, Tom Ripley."

Weber was able to draw on diaries, letters, literary notebooks, sketchbooks, manuscripts and photo albums as well as objects such as typewriters and homemade furniture.

Highsmith was always thought to have a certain empathy with her characters – who were often outsiders, neurotics or even psychopaths.

According to Weber, unlike many of her protagonists, the author was not violent but had a very vivid imagination. This allowed her to get under the skin of her characters to such an extent that very often the line between fantasy and reality became blurred.

Highsmith often found inspiration for her books in the newspapers. And she was no ordinary crime writer - whenever a detective was included in one of her books, they often failed to solve their cases.

The writer herself found the public passion for justice "boring and artificial" and was not interested in her characters being punished.

"She was atypical but not an isolated case in this genre," Weber said. "A similar type of questioning of the crime novel can also be found in [Swiss author and playwright] Friedrich Dürrenmatt."

Often she moved on after the break-up of one of her intense relationships. However, she was also curious about the world, particularly Europe.

Highsmith was reputed to be afraid of people and a somewhat odd character. She could hardly bear noise. But she could also be a dear friend and had close pen friendships.

However, according to Weber, she was most content at home alone with her cats.

"She was very happy among cats. They gave her a closeness that she could not bear in the long-term from people. She needed cats for her psychological balance," he explained.

The author spent the last 14 years of her life in the Italian-speaking canton of Ticino, where she died aged 74 years old. Her relationship to Switzerland was not particularly close, but she valued the fact she could work in peace.

It also allowed her to be close to her publisher, the Zurich-based Diogenes publishing house.

Weber, who has been working on Highsmith's legacy for the past ten years, is still fascinated by her – both as a person and a writer.

"That's a sign of the quality of an author – the longer you deal with their work, the greater your desire to get involved in it."

Highsmith published her first novel, Strangers on a Train, in 1950, which was, later made into a film. Several other novels were also filmed.

1955 saw the publication of The Talented Mr Ripley, a novel which made her world famous. In total she wrote 22 novels and many short stories.

After her death her literary estate was sold, in accordance with her wishes, to the Swiss Literary Archives.

The exhibition at the Swiss National Library in Bern runs until September 10, 2006. 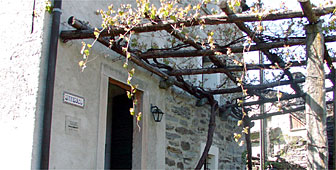 The prolific American writer, Patricia Highsmith, spent the last 14 years of her life in the Italian-speaking canton of Ticino, but surprisingly, ...