Swiss-American photographer Robert Frank has died at the age of 94. He came to public attention with his controversial book The Americans.

Born in Zurich in 1924, Frank is considered one of the most influential photographers of the 20th century. In the 1950s he travelled the United States, photographing people in everyday situations that depicted the gritty “real life” of the US at the time.

This resulted in his 1958 book of 83 photographs called The Americans, which became a classic. It documented societal problems in the US in the 1950s, some of which are still unresolved in the country today.

When it was released, the book received bad reviews in the US for being “anti-American”.

“Robert Frank's book offered a radically different view of American society of the 1950s, a really contrasting vision to that projected by the US magazines of the era such as Life, which, in turn, conveyed an optimistic and positive image of America,” Sarah Greenhough, head of photography collections at the National Gallery of Art in Washington DC, told swissinfo.ch ten years ago.

In the 1960s Frank turned to filmmaking. His first work, Pull My Daisy, is based on a scene from the never completed play The Beat Generation by writer Jack Kerouac. More than 30 other movies followed, among them a documentary about a tour of the Rolling Stones.

He returned to photography in the 1980s. In 2009 and 2010 the National Gallery of Art in Washington and the Galerie nationale du Jeu de Paume in Paris showed a large retrospective of his work.

The award-winning artist was married twice and had two children.  He passed away in Inverness, Canada, on Monday. 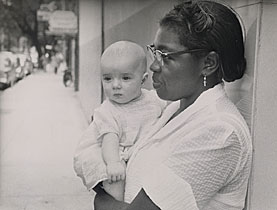 Seeing America through the lens of Robert Frank

Half a century after the Swiss photographer Robert Frank published his controversial book The Americans, a retrospective of his work has opened in ...

Zurich-born photographer Robert Frank is being given the Swiss Press Photo Lifetime Achievement Award. It is the second time the SFr20,000 ...

The work of Robert Frank

A selection of works by the Swiss-born photographer.

The Beauty of Lines exhibition at the Musee de l'Elysee in Lausanne features 120 photographs from a rich private collection.