A message of love is being conveyed to the people of New York by Lucerne-born artist Rudi-Renoir Appoldt.

For the next six weeks visitors to the city's Times Square will be confronted by an 8x20-metre billboard displaying the word "love" superimposed on a globe.

The inauguration of the board, accompanied by the release of 99 red balloons with messages of love tied to them, was all but ignored by the New York news media, aside from a mention in the New York "Daily News".

Speaking about the project's genesis, 33-year-old Appoldt said: "I had this idea for a long time, and I had already thought about billboard spaces. If billboards can make us buy things, why can't they make us more loving?"

When asked if there was something a little quixotic about his venture, Appoldt - who added the name Renoir in 1996 because he sees himself as a "painter of notes" - observed that unlike Cervantes' romantic hero Don Quixote he wasn't fighting anything.

"This is an honest billboard because it shows what mostly is behind billboards," he told swissinfo.

"Like, if you buy this car, you'll be loved. You can only sell something to people if it's a hidden wish they have for love, for beauty, for anything which nourishes you."

After the attack on the World Trade Center on September 11, Appoldt said he wanted to do something positive for New York.

He chose Times Square, because for him it is the heart of the western world: "It has something spiritual for the consuming world. You see these huge humans on the screen. The Greeks and Romans used statues. They are bigger than life. It wows you!"

"Billboards are our modern galleries. It's the only medium you can't avoid unless you're blindfolded. You can turn off your radio and TV. Why shouldn't artists use billboards?"

He added: "My billboard will be consumed and people have to look at it."

Appoldt is a saxophone player who teaches graphic arts and is a freelance graphic artist for the Swiss "Beobachter" magazine.

He paid out of his own pocket for most of the $30,000 for the billboard's rental.

However, shortly before the contract details were finalized, he learned he would need another $4,000.

Within an hour of the phone call, Bracco found nine others who said they'd chip in $400 each to the project.

With that $4,000, the deal was sealed, but the catch was that donors wanted their first names and three websites associated with them printed along the bottom of the billboard.

When swissinfo asked if the naming of businesses corrupted the non-commercial nature of the "Love Project", Appoldt said he accepted Bracco's suggestion that the list of names, linked by hearts, would form a "love-chain" meant to inspire the world.

"In Switzerland, nobody wanted to give me the $4,000. This project for them has been a mystery. They didn't see the vision behind it. At the moment I needed the money, these ten people came along and gave me the $4,000," said Appoldt.

Although the "Love Project" is meant to open up a dialogue, Appoldt admits he's at a loss to define the all-important emotion: "I can't define love. I can just inspire people to think about it. Of course it's idealistic, but it's a process. It's not goal-oriented."

Most of the $30,000 for the six-week billboard rental for the "Love Project" is being paid for by its creator, Rudi-Renoir Appoldt.

Appoldt, a jazz musician and graphic designer, graduated from the Berklee College of Music in Boston and worked in the design department at Verve Records in New York.

LoveProjects.org plans to work with educators in the New York public school system to create assignments offering the opportunity to submit artwork, poetry, songs and other expressions of love to the loveprojects.com website.

New York area singer/songwriter, Larry Edoff wrote a song for the "Love Project", which can be downloaded as an MP3 file. 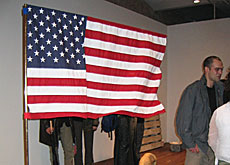 An art exhibition in Manhattan has been showing New Yorkers what Switzerland has to offer in the field of contemporary art. The show is part of ... 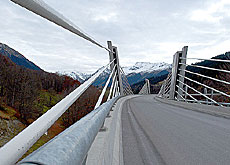 Town planners in New York City are being urged to follow Switzerland's lead in urban redevelopment and use it as a model for rejuvenating the ... 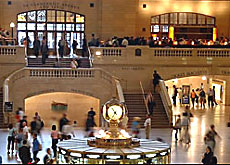 A two-month festival promoting Switzerland is getting underway in New York amid a heightened state of alert over possible terrorist attacks. But ...