Enigmatic Swiss writer Annemarie Schwarzenbach was beautiful and talented. She lived life to the full – but she died tragically young at the age of 34.

At once fragile - she suffered drug addiction - and courageous, she travelled to remote Afghanistan in the 1930s, Annemarie fascinated both men and women. Friday marked the 100th anniversary of her birth.

An exhibition on her life is currently being held in the Strauhof Museum in Zurich, which is curated by the historian Alexis Schwarzenbach, her great nephew.

Alexis did not know much about his great aunt until he found one of her novels on a bookshelf.

"I went to my grandmother and said, 'I didn't know grandfather's sister was a writer'. And she said, 'yes, she was a writer, and a lesbian and a morphine addict', and this was the first huge piece of information I had about her," Alexis told swissinfo.

Annemarie was born in Horgen, near Zurich, to one of the wealthiest families in Switzerland. Her father was a textile industry magnate and her mother the daughter of General Wille, later head of the army.

"You can read her life like a novel, but no editor would publish it, they would say 'oh it's too much, give me a break', but this is not the case, it's all true," he explained.

Annemarie first wanted to be a general, then a pianist and a dancer. In the end she studied history at Zurich University, gaining a doctorate. She published her first novel at the age of 23, to great acclaim.

She headed to Berlin, whose Bohemian set was very taken with her androgynous glamour. Her appearance – tall, slim, with a pageboy haircut and wearing men's clothes – often led to some confusion.

Photographer Marianne Breslauer, who provides some of the most striking images of Annemarie in the exhibition, commented that the Swiss "couldn't decide whether she was a woman or a man".

It was in Berlin that Annemarie first came into contact with morphine, an addition which was to plague her all her life.

She also befriended Erika and Klaus Mann, German writer Thomas Mann's children, which was a source of great conflict with the Schwarzenbach clan.

Like the Manns, Annemarie was vehemently anti-Nazi whereas her family, and mother especially, sympathised with the regime.

Annemarie's relationship with her mother was a difficult one. Renée Schwarzenbach was a domineering personality, who ruled the household with a rod of iron. She also had affairs with women, which her husband tolerated.

"The difference with Annemarie is probably that her mother was able to have stable long-term relationships whereas Annemarie never achieved that," explained Alexis.

"Partners were usually exhausted by the end of the year because Annemarie was very demanding and of course the drugs put a lot of strain on the relationships as well."

Travel appealed to Annemarie's restless nature and in ten years she produced more than 300 articles and 5,000 photographs from her journeys across Europe, the United States, the Middle East and Africa.

In Tehran she met and married the French diplomat Claude Clarac, who was also homosexual. Annemarie had hoped to sort out all her problems by marrying, says Alexis, but it was not to be.

She left Clarac five months later but visited him again shortly before her death, proving that it was not simply a marriage of convenience, says Alexis. Her diplomatic passport, which is on show at the exhibition, greatly helped with her travels.

Among her most impressive trips was from Geneva to Kabul with fellow writer Ella Maillart in an old Ford cabriolet.

"It was a very special trip that today two unveiled western women could probably not do," Alexis said.

It was also meant as another – also unsuccessful - attempt to free Annemarie from morphine.

Another voyage took Annemarie to the Depression-era US where she helped document the difficult living conditions.

Her expressive images, from New York to the Deep South, were probably the only ones shot by a foreign photographer.

However, her support for the formation of labour unions was not welcomed by her family, which owned many textile mills in the US.

After a painful love affair with US author Carson McCullers, and latterly a suicide attempt, Annemarie returned to her beloved Sils in the Swiss Engadine mountains. But fate took a bad turn.

Attempting a "hands free" manoeuvre, Annemarie fell from her bike, hitting her head. She died nine weeks later. She was just 34 years old.

After long being forgotten – her mother destroyed some of her archives - Annemarie was rediscovered in 1987.

And as the popularity of the exhibition at the Museum Strauhof shows, her extraordinary tale seems once again to have caught the public's imagination.

For Alexis, although Annemarie preferred to be known as a writer, her life should be seen as a "synthesis of all its artistic parts".

"Like many artists who are active in various fields and use various techniques to express and interact with world, she also did the same," he said.

The title comes from the first scene of a lost book by Annemarie Schwarzenbach, discovered by Alexis Schwarzenbach.

The exhibition displays photos, documents and artefacts. Readings from her works are beautifully voiced by a German actress. Annemarie Schwarzenbach's own work is also on show.

The Swiss Literary Archive will also hold an event to mark the 100th anniversary on May 23. 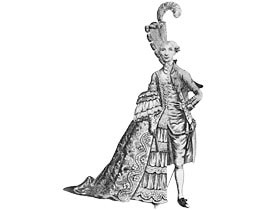 For people in 19th century Baracoa, Cuba, their Swiss doctor was a highly respected figure. Imagine their shock when "he" was scandalously ...

Rediscovering the life and works of the troubled Swiss writer Annemarie Schwarzenbach. An exhibition dedicated to Schwarzenbach (1908-1942) is ...