The first ever World Psychedelic Forum opens on Friday in Basel highlighting renewed cultural and scientific interest in hallucinogens like LSD.

Discovered by Swiss scientist Albert Hofmann, LSD – or lysergic acid diethylamide - fell from grace in the flower power 1960s, but a new medical study using the drug has just been approved.

The three-day forum brings together around 50 international experts to debate "the multi-dimensional psychedelic experience with its tremendous potential for expanding consciousness and for self-awareness".

It follows on from a 2006 conference on LSD in Basel in honour of Hofmann's 100th birthday, which forum project manager Lucius Werthmüller says created huge interest.

"But there are very few people who know what psychedelics are about and many people think that LSD, heroin and cocaine are just illegal drugs," Werthmüller told swissinfo.

"We want to let people know that psychedelics like LSD are not toxic, they don't lead to addiction and they are really safe if they are used the right way on a stable personality."

Hofmann, still sprightly at 102, will be guest of honour. It was while working for the Basel-based pharmaceutical company Sandoz that in 1943 he accidently came across lysergic acid diethylamide.

He described his first trip as "an uninterrupted stream of fantastic pictures, extraordinary shapes with intense, kaleidoscopic play of colours".

Its mind-altering properties led some researchers to believe that LSD could help in psychotherapy.

But by the 1960s it had also become popular among the hippy counterculture, with Harvard psychology professor Timothy Leary urging his generation to "tune in, turn on, drop out".

Leary came to Switzerland in 1971, having escaped from prison – for drug offenses - in the United States.

"He was a sort of high priest of this [LSD] movement back then. But not everybody was happy with that, including Hofmann. Many researchers felt that it was too wild, too many people," Vanja Palmers, a Zen priest who befriended Leary during that time, told swissinfo.

This scared the establishment as well and in 1966, it was banned in the US, with Switzerland following in 1973. Medical studies also came largely to a halt.

But last December it was announced that the Swiss medical authorities had given a doctor approval to carry out LSD assisted psychotherapy trials on patients suffering from advanced-stage cancer and other terminal illnesses – the first therapeutic study of its kind on humans for around 35 years.

"[The LSD debate] is less polarised now that it was years ago when it was more to be either for or against," said study leader Peter Gasser, who will talk about his work at the forum.

"It's easier to get information now and people are willing to learn more rather than just judge LSD," said the psychiatrist.

The study has the blessing of Hofmann, who although disapproving of the excesses of the 1960s, has always believed in the therapeutic properties of his "problem child".

However, not all psychiatrists are convinced of the benefits of LSD.

And the drug is not without risk. According to the Swiss Institute for the Prevention of Alcohol and Drug Problems, it can result in horror trips, overdose, or flashbacks long after taking it.

It also does not seem to be the drug of choice for the younger generation.

"The consumption of LSD in Switzerland is really not considerable compared with other substances," institute spokeswoman Monique Helfer told swissinfo.

LSD or lysergic acid diethylamide is said to be one of the most potent hallucinogenic substances where senses, perceptions and moods are intensified and distorted.

It can complicate mental health problems, but is not considered an addictive drug.

A trip can last up to 12 hours. LSD can also cause flashbacks where part of the trip is re-experienced after the event.

The forum takes place from March 21-24 in Basel.

The organisers say there will be 60 seminars, lectures, and panel discussions, presented by more than 50 experts and 30 young researchers from all over the world.

Albert Hofmann is to be the guest of honour at the forum. Also attending is renowned consciousness researcher Stanislav Grof and Carolyn Garcia, wife of the late Jerry Garcia, who fronted the psychedelic rock band, the Grateful Dead.

The term "psychedelic" is derived from the Greek "psyche" (soul) and "delos" (manifest), and means a state in which the soul manifests itself. 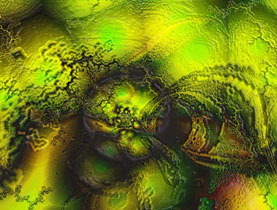 The psychedelic drug LSD is a step closer to making its long-awaited comeback as a medicine. Swiss medical authorities have given a doctor ...