What do the Great Wall of China, the Inca site Machu Picchu and the Victoria Falls have in common with the Rhaetian Railway and the St Gallen Abbey in Switzerland?

The answer is that these places are all on Unesco's list of World Heritage Sites, and are thus considered to have "outstanding value to humanity".

The United Nations cultural body has brought countries together to protect the wonders of the world for future generations.

Since the world heritage label's inception in 1972, the United Nations Education, Scientific and Cultural Organisation's list has grown to around 900 sites in 145 countries.

Small Switzerland has ten sites on the World Heritage list, with the latest, La Chaux-de-Fonds and Le Locle which mark the country's watchmaking history, being added in 2009.

Unesco's aims are ambitious. "It wants to protect, put to good use and pass on intact to future generations the most precious treasures of nature, art, history and human culture," said Oliver Martin from the Swiss Federal Culture Office.

Threats come from many quarters: war and land overdevelopment, as well as global warming and changes in the landscape.

Faced with these challenges, Unesco seeks to raise awareness of people and governments about the need to safeguard these unique and diverse sites – the fruit of human endeavours or of the patient workings of nature and time.

It all started in the post-war era with the decision to build the Aswan High Dam in Egypt, which would have flooded the valley containing the ancient Egyptian Abu Simbel temples.

In 1959, after an appeal from the governments of Egypt and Sudan, Unesco launched a protection plan. Archaeological digs in the area to be flooded were speeded up and, most importantly, the Abu Simbel and Philae temples were dismantled and reassembled on dry ground. Around 50 countries contributed financially to the project, covering around half of the costs.

This success was followed by other campaigns to save threatened heritage, such Venice and the archaeological ruins at Mohnjo-doro in Pakistan.

In 1972 the Convention concerning the Protection of World Cultural and Natural Heritage was signed in Paris, the seat of Unesco. Martin says it was a "revolutionary" instrument, through which, "the whole of humanity agreed to work in favour of protecting and safeguarding extraordinary properties and unique phenomena".

In all, 186 countries have put their names to the agreement, which aims to secure the resources to protect the sites.

Local authorities must guarantee the protection of their sites through an adequate management and promotion plan.

This is not forgetting, of course, that the accord has universal application, meaning that the properties belong to all the peoples of the world, irrespective of the territory on which they are located.

Switzerland first came onto the list in 1983 with the Old City of Bern, St Gallen Abbey and the Benedictine Convent of St John in Müstair in the eastern canton of Graubünden.

These sites represent a veritable journey through time, ranging from medieval religious buildings to the Baroque influences in the Swiss capital, with a nod towards the future through the digitalisation of ancient manuscripts at the St Gallen Abbey library.

Over the years, more cultural sites have been added - the three Castles at Bellinzona in Italian-speaking Ticino (2000), the Vineyard Terraces at Lavaux at Lake Geneva (2007), the Rhaetian Railways at Albula/Bernina in eastern Switzerland (2008) and the watchmaking towns of La Chaux-de-Fonds and Le Locle (2009).

These are the Jungfrau-Aletsch glacier region, known and loved by many tourists (2001), the Monte San Giorgio with its unique marine fossils (2003) and the Swiss Tectonic Arena at Sardona (2008).

In addition, Switzerland is leading a bid to add prehistoric pile dwellings in the alpine region to the list. Another project, concerning Swiss architect Le Corbusier, could be presented in 2010 by France, in partnership with other countries including Switzerland.

How to be selected

The first step is to make an inventory of important natural and cultural heritage sites, known as the Tentative List.

A country can then present a nomination file for a site which is independently evaluated. The World Heritage Committee makes the final decision, meeting once a year.

Sites selected for World Heritage listing have to meet at least one of ten selection criteria e.g. "represent a masterpiece of human creative genius" or "contain superlative natural phenomena or areas of exceptional natural beauty and aesthetic importance".

Switzerland was elected to Unesco's World Heritage Committee in late October 2009, taking one of the 12 of the 21 seats that had become free. Switzerland joined Unesco in 1975.

The country wanted the post to help with candidacies to the World Heritage list, but also to push forward local participation in site preservation. "890 sites are already on the list. We will have to become more demanding to ensure that the label is not made too commonplace," Ernst Iten, the outgoing Swiss ambassador to Unesco, told swissinfo.ch.

Iten said that education should be Unesco's biggest priority. He said there had been a lack of dynamism in the area of the sciences and in countering the economic downturn.

For Switzerland, Unesco has a value, said Iten. "The idea of a better coordination of school programmes, now fashionable in Switzerland, was born in the post-war era at Unesco. Cultural diversity, so important us, is subject to a convention. In cultural goods trafficking, Unesco allows "source" countries, for example in Africa, to assert their rights," he said. 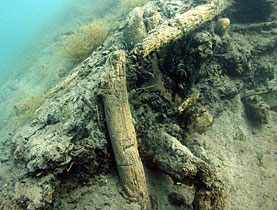 Switzerland is leading a bid to add pile dwellings in the alpine region to the Unesco list of World Heritage sites. Six countries are submitting ...