Swiss scientists have discovered how to make chocolate bars shimmer like rainbows when reflected in light, by imprinting a special structure on the surface of the confectionery.

The shimmering effect has been perfected without the use of artificial additives by researchers at Zurich’s Federal Institute of Technology (ETHZ) and the University of Applied Sciences and Arts Northwestern Switzerland.

Changing the surface structure of the chocolate with a “surface imprint” makes it shimmer with what scientists call “structural colour”.

“The process is similar to a chameleon, whose skin surface modulates and disperses light to display specific colours,” according to a ETHZ press releaseexternal link.

The project was initially driven by “sheer curiosity” as two scientists converted coffee room chat into a practical experiment. They started out with the edible coatings of gold and titanium oxide but switched to changing the surface structure of the chocolate after deciding that their original idea would not make commercial sense.

Having hit upon the perfect solution, the scientists are in discussions with major chocolate producers to scale up their invention on an industrial scale and plan to establish a spin-​off company soon.

Global market changes The shape of chocolate to come

Universally loved and recession proof, chocolate continues to be a sweet prospect for both manufacturers and consumers. But while sales growth is ...

How did a country without a single homegrown cocoa bean become one of the world’s leading chocolate manufacturers?

Milk, dark and white chocolates have divided the loyalty of chocolate fans for decades. Now a fourth kind will soon be available to connoisseurs ... 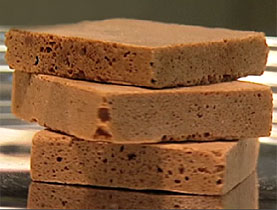 Melt-resistant chocolate to beat the stains

Tired of confectionery bars dissolving in your pockets or hands? The world's largest chocolate maker has designed a melt-resistant solution to the ...

The Swiss are not eating as much chocolate as they used to. But it’s a different story abroad.

Shifting tastes and the “war on sugar” are forcing the Swiss chocolate industry to rethink its business models.