Coronavirus can transform our habits and our ideas of "living together" in Europe, write law researchers Ashley Mantha-Hollands and Liav Orgad. 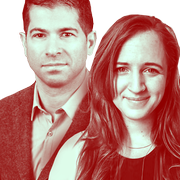 Ashley Mantha-Hollands is a research fellow with the International Citizenship Law group at the WZB Berlin Social Science Center and research associate with GLOBALCIT at the European University Institute. Liav Orgad is the Head of the Project Group “International Citizenship Law” at the WZB Berlin Social Science Center, Director of the Research Group “Global Citizenship Governance” at the Robert Schuman Centre for Advanced Studies, the European University Institute (EUI), Faculty Member at the Berlin Graduate School for Transnational Studies, and an Associate Professor at the Lauder School of Government Diplomacy and Strategy, Interdisciplinary Center (IDC) Herzliya.

When asked about handshaking recently, the US’s lead virologist Dr. Fauci saidExternal link: ‘I don’t think we should ever shake hands again’, referring to how it would prevent both coronavirus and seasonal influenza. In Europe, where the topic of the handshake has been a landmine in recent years, this medical requirement can lead to a much-needed cultural shift.

The handshake has become essential for “living together”

In 2010, an Algerian woman was denied citizenship in FranceExternal link for not shaking hands with the male official at the Préfecture de l’Isère. In 2016, a civil registrar in BrusselsExternal link refused to marry a couple when the bride declined to shake his hand during the ceremony. In the Netherlands, an application for a bus-driver position was rejected in 2017 because the person refused to shake hands with female passengers and colleagues. And in Switzerland, refusing to shake hands led the city of Lausanne to reject a citizenship application in 2018. The city of Therwil, in the Canton of Basel-Landschaft, even imposed a fine of CHF5,000 ($5,150) and social services on parents whose children refused to shake the hands of a female teacher in school. Simonetta Sommaruga, the current Swiss President (then, the Federal Minister of Justice) fiercely claimed that handshaking is “part of the Swiss culture”. The education authorities were more explicit—“a teacher has a right to demand a handshake”.

The strictest handshake policy in Europe takes place in Denmark. In December 2018, handshaking hit the headlines when Denmark passed a law that has made handshaking mandatory in all naturalization ceremonies. Refusing to shake the hand of the mayor or other officials in the ceremony can end with denying citizenship. Interestingly, since the outbreak of the pandemic, Denmark has frozen all citizenship ceremonies under the slogan of “no handshake, no citizenship.”External link

On the surface, handshaking is just a form of greeting, not fundamentally different than waving, smiling, or bowing (or, if you prefer, elbow bumping, head nodding, and air kissing). Yet, in the increasingly diverse European societies, the handshake has become essential for “living together”.

The principle of living together shocked Europe back in 2014, when the European Court of Human RightsExternal link upheld the French burqa ban. The court ruled that the question of whether a woman “should be permitted to wear a full-face veil in public places is a choice of society”. According to the court, living together requires minimum social interaction and community life as defined by the state.

Covering one’s face in public is currently seen through the eyes of the Covid-19 crisis, as an act of civic duty to protect vulnerable members of society. Austria, Slovakia, Germany, and France have recommended or implemented a duty to wear masks in public spacesExternal link. Face covers allow us to participate in public life, not to recoil from it. What is important is facilitating participation in public life, not whether you can see a person’s smile; living together, not a fixed notion and understanding what living together means.

The Covid-19 crisis has temporarily destabilized our social interactions, thereby bringing about an opportunity to reflect on alternative greetingsExternal link in European ways of life. Instead of holding on to past conventions, policymakers should be more tolerant of different modes of greeting and reasons for different dress codes. The obligation to not shake hands and to cover one’s face because of the pandemic shows that these etiquettes are not as necessary to social life as has been presumed.

Ashley Mantha-Hollands is a research fellow with the International Citizenship Law group at the WZB Berlin Social Science Center and research associate with GLOBALCIT at the European University Institute.

Liav Orgad is the Head of the Project Group “International Citizenship Law” at the WZB Berlin Social Science Center, Director of the Research Group “Global Citizenship Governance” at the Robert Schuman Centre for Advanced Studies, the European University Institute (EUI), Faculty Member at the Berlin Graduate School for Transnational Studies, and an Associate Professor at the Lauder School of Government Diplomacy and Strategy, Interdisciplinary Center (IDC) Herzliya.

This article was first published on VerfassungsblogExternal link

The views expressed in this article are solely those of the author and do not necessarily reflect the views of swissinfo.ch.