But community radio is proving to be an effective tool for re-establishing civic pride and responsibility in townships and settlements across the country.

“Many of the elements of civil society that democratic societies take for granted, like cooperation and altruism, are completely missing in many parts of South Africa,” said John Van Zyl, who heads the radio production and training house, ABC Ulwazi.

“It’s very difficult to be proud of your community when you’re surrounded by dire poverty, rampant crime and unemployment… but we believe that community radio can go a long way in helping civil society heal itself,” he added.

Based in Johannesburg, ABC Ulwazi provides customised programming and training for around 80 of South Africa’s 102 community radio stations.

The topics they cover range from domestic abuse and education, to water conservation and human rights, and are rebroadcast by stations in impoverished communities across the country.

As a non-profit organisation, the group receives grants for specific projects from a variety of sources, including the Swiss-South African Cooperation Initiative (SSACI).

Earlier this year, the SSACI funded an award-winning series on youth job-creation through community tourism, which the producers say not only helped young people start up their own businesses, but also gave them a sense of pride in where they come from.

“The aim was to show people that no matter where they live, there has to be something in their community that will draw people to it,” said Shelley Knipe, who was named one of South Africa’s top small-business journalists for her work on the series.

ABC Ulwazi’s production staff is made up of an enthusiastic group of young South Africans, most of whom speak at least several, if not all, of the country’s 11 official languages.

Many of them grew up in the townships and settlements they are now trying to help, and they say these linguistic and cultural ties are essential for communicating with remote and rural populations.

“After a programme runs, the presenter will reintroduce the topic in his own language or dialect, making it more relevant for the local listeners,” said Romie Singh, a specialist on educational radio.

Drama, role-playing and talk shows are also used to contextualise programmes for audiences in rural areas, where high illiteracy rates are keeping the tradition of oral storytelling and knowledge sharing alive.

“Soap operas have shown that if you’ve got a group of characters, who resemble the people from a given region and use the same language or dialect, they will attract listeners,” said Singh.

In contrast to commercial broadcasters, public service-oriented community stations are often used as resource centres for information, as well as platforms for discussion.

“Community radio is the voice of the people,” said Singh. “They use it as a source of information, as a place for networking, and for entertainment and education.”

Since many rural listeners cannot afford to call into the station, ABC Ulwazi encourages broadcasters to bring experts, officials and residents into the studio to publicly debate issues, such as crime prevention and road construction.

“There is a heritage of a racist government in this country that laid down the law and told people what to do… But community radio is helping them develop a democratic sense of civic rights and obligations,” Van Zyl told swissinfo.

“It’s also a question of reminding a community what its assets are, because community pride is the yeast you put into impoverished areas to grow civil society,” he added.

Apartheid, which marginalised blacks by excluding them from full participation in the political and economic system, destroyed civil society in many impoverished areas of South Africa.

But experts believe community radio could go a long way in helping to re-establish civic pride and responsibility amongst rural populations.

The Johannesburg-based production house, ABC Ulwazi, provides customised programming for the majority of South Africa’s 102 community radio stations on topics such as domestic abuse, good governance, and HIV and Aids.

The producers also provide hands-on training courses for community radio broadcasters and were recently asked to advise on the production capacity of stations in eight Southern African countries. 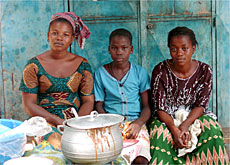 Crime, disease, illiteracy and poverty are just a few of the obstacles that the international community and sub-Saharan Africa must overcome in ... 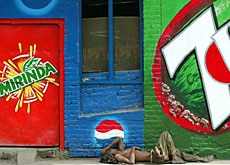 The World Summit on the Information Society (WSIS) in Geneva aims to lay the foundation for a more just and equal global society. But this is not ...