A ban on smoking in restaurants and bars in eastern Switzerland could have led to fewer heart attacks since its introduction, according to a recent medical study.

These first Swiss results come after similar findings in other countries, and constitute yet another indication that cigarettes play an important role in cardiac disease.

The smoking ban was introduced in canton Graubünden in March 2008. According to the study’s authors, although there is no clear correlation between the ban and cases of acute myocardial infarction [heart attacks], these fell 22 per cent from March 2008 to February 2009 compared with 2006 and 2007.

In the two years before smoke-free legislation was introduced in Graubünden, 229 and 242 patients respectively from all over the canton were treated in Chur for acute myocardial infarction. After the ban, that number fell to 183 cases.

According to the lead author of the study, Piero Bonetti, the decrease is due mainly to fewer heart attacks among non-smokers. Passive smoking is believed to increase the risk of heart disease for this category by up to 30 per cent.

The other beneficiaries included people with a history of coronary disease and holidaymakers. Bonetti, a cardiologist in Chur, thinks this last category is influenced because people benefit quickly from being away from passive smoke.

But the study, which is published online by the Swiss Medical Weekly, does not establish direct causality between the smoking ban and heart disease. “Proving causality is impossible because there are only two ways of showing that,” admits Bonetti.

One solution would be to lift the smoking ban and see what happens. The other would be to study another population elsewhere with the same living conditions, but where no smoking ban has been implemented.

“There have been no similar studies in Switzerland,” Bonetti told swissinfo.ch.

“The first study to show this was carried out in Helena, Montana where a smoking ban was lifted after six months. When it was first introduced, the incidence [of acute myocardial infarction] fell and when the ban was dropped, the number of cases rose again.”

But Bonetti says that while causality cannot be proven, there is a strong case for a link between the ban and the number of heart attacks, especially given the lack of other obvious culprits.

“The strongest argument for causality is that more than ten studies worldwide have come up with similar results,” he said. “If you take all these studies together, you get an average decrease of 17 per cent in the first year after a ban is implemented.”

The Institute of Medicine, one of the national academies in the United States, which carried out a so-called meta-analysis of these foreign studies, said this consistent data leads to the conclusion that smoking bans lead to fewer heart attacks.

But it also pointed out that other factors associated with a ban such as education, information and outreach programmes can also have an impact.

Some of those studies have also shown that the longer a ban has been in place, the higher the benefits.

Bonetti says the Graubünden study will continue, with data collection ongoing. Indications are that the first year results will be at least confirmed if not bettered.

“It’s important to show this kind of results in a Swiss context even though similar studies have been done elsewhere,” he told swissinfo.ch.

“You need local data to convince people that change is necessary.”

Such consistent data confirms for the committee that smoking bans do, in fact, decrease the rate of heart attacks.

It is important to note that many contextual factors associated with a ban—including information announcing the ban, education and outreach efforts on the adverse health effects of second-hand smoke, and support for smoking cessation programs—are difficult, if not impossible, to separate from the impact of the ban itself, and could vary from ban to ban.

For these reasons, the committee’s conclusions regarding the effects of bans refer to the combined effects of different types of legislation and the contextual factors.

In most of the smoking-ban studies, the magnitude, frequency, and duration of exposures that occurred before a ban are not known. However, monitoring studies do show that exposure to second-hand smoke is dramatically reduced in places that are covered by bans.

Based on its review of the available literature, the [IOM] concludes that there is a causal association between smoking bans and decreases in heart attacks." 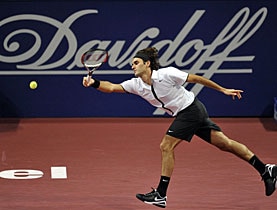 As Roger Federer sets out to win his fourth consecutive Swiss Indoors title in Basel, a debate has reignited over tobacco sponsorship in sport. ... 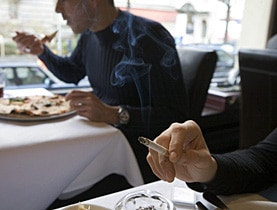 A coalition of 40 health organisations has launched an initiative to ban smoking in all buildings open to the public across Switzerland. About ... 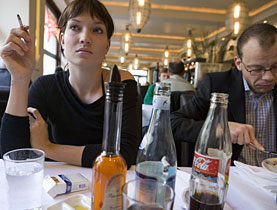 Parliament this week approved compromise legislation to prohibit smoking in most indoor venues but the law did little to placate anti-smoking ...

A journey into the history of medicine. Pictures from the medical history archives at Zurich University, show what it was like to study medicine ...