Muslims in Switzerland have set up a new organisation to make their voice heard.

The Forum for a Progressive Islam is hoping to attract people from all walks of life to engage in a debate about the Muslim religion.

The woman behind the forum, Saida Keller-Messahli, told swissinfo there were many moderate Muslims in Switzerland, who have had limited opportunity until now to voice their opinions.

According to Keller-Messahli, there are currently many religious Muslim organisations in Switzerland but no associations for those who do not necessarily practise their religion.

The forum is hoping to plug this gap and to offer a platform to anyone who has an interest in Islam.

“We want to be able to pose questions, hold discussions with no taboos and criticise in an intellectual fashion,” said Keller-Messahli.

One of the goals is to tackle controversial topics, such as draconian punishments meted out to criminals under Sharia law.

“We want to show that Islam can be interpreted in a way that is compatible with human rights,” stressed Keller-Messahli.

As a sign of the forum’s progressive nature, five of the seven executive committee’s members are women and not all are Muslims.

They include an Islamic scholar, journalists and Keller-Messahli herself. One of the members, Karl Gruber, is a Catholic and a member of Zurich’s constitutional assembly.

Switzerland has an estimated 300,000 Muslims, and the majority, like Keller-Messahli, are well integrated. Married to a Swiss doctor, she has lived in the country for nearly 30 years.

She was born in Tunisia and, after her father went blind, spent five years as a child in the Bernese Oberland thanks to the intervention of the Swiss charity, Terre des Hommes. Later she studied for an arts degree at Zurich university.

According to Keller-Messahli, a minority of Muslims in Switzerland have not accepted Swiss culture.

“I am under no illusion that we will attract these people because they hold tightly to their view of the world. But they will have a place in the forum if they are willing to be tolerant of other people’s opinions,” she added.

The new organisation is based in Zurich. But there are plans to open regional chapters in the future, once the forum gets off the ground.

With a debate already taking place in Switzerland about whether Imams should be trained at Swiss universities, Keller-Messahli has this to say:

“Any person who can read Arabic can interpret the Koran, [although] we accept that we are not all Koranic scholars.”

Keller-Messahli also hopes that the forum will provide inspiration to those living in Muslim countries, who cannot express themselves freely.

The Forum for a Progressive Islam has been set up as a platform to discuss the Muslim religion.

It is hoping to attract anyone who is interested in discussing Islam. 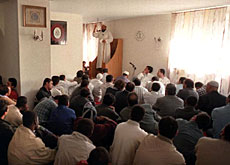 Islamic preachers and other spiritual leaders from abroad could soon have to take courses to help them integrate better into Swiss society. The ... 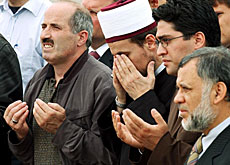 Swiss churches have proposed that Imams who lead prayers in Swiss mosques should be educated at universities in Switzerland. But Ueli Maurer, ... 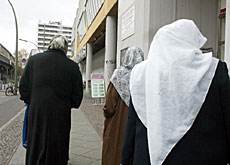 A Swiss expert on Islam has welcomed a decision by the country’s leading retailer, Migros, not to ban the wearing of Muslim headscarves. But in ...