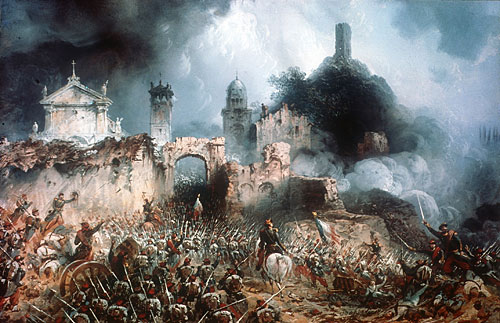 1859: The battle of Solferino (northern Italy)

Fought between the army of the Franco-Sardinian alliance of Napoleon III and the forces of the Austrian Emperor Franz-Joseph. The Swiss, Henry Dunant, intervenes to help the wounded on both sides, an act regarded as the beginning of the Red Cross movement. (Carlo Bossoli, 1815-1884) 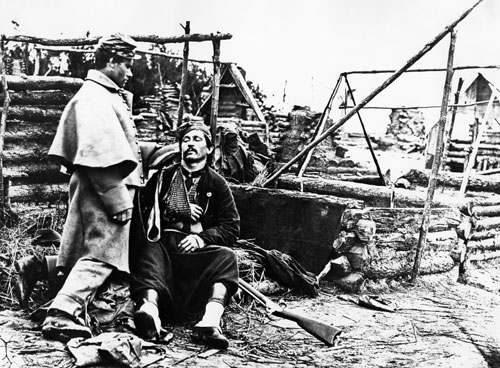 1863-1864: Following the creation of the International Committee, a conference in Geneva adopts the symbol of the red cross on a white background (reversing the colours of the Swiss flag) as its protective emblem. Twelve states adopt the First Geneva Convention, which protects wounded enemy soldiers and those caring for them. (ICRC) 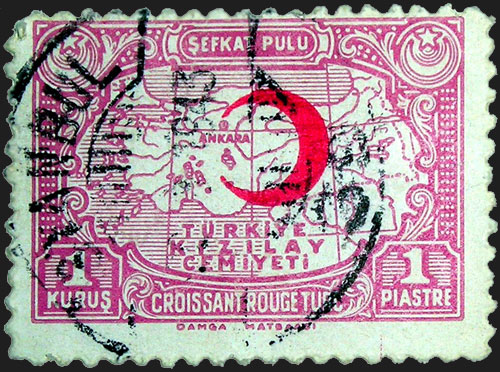 Turkish stamp in aid of the Red Cross, issued 1928

1876: The Red Crescent is adopted by the Ottoman Empire during its war with Russia. It would later be recognised by the 1929 Geneva Convention.(wikimedia.org) 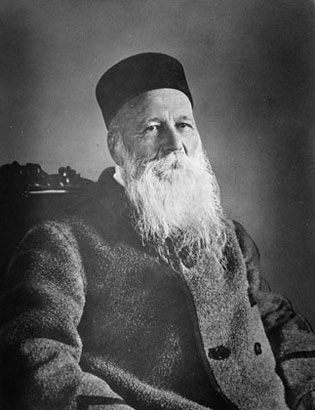 1901: Henry Dunant receives the first Nobel peace prize. The Geneva citizen dies in 1910 in Heiden (in the eastern canton of Appenzell Outer Rhodes) where he has lived in poverty for the last 18 years of his life. (ICRC) 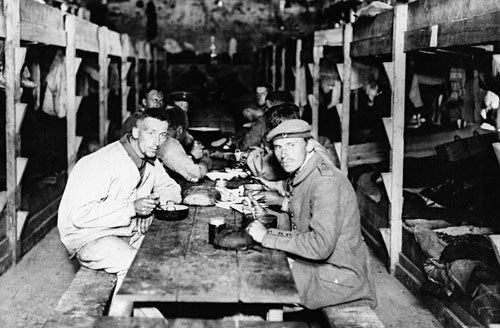 During the First World War, the Red Cross steps up its activities counting and protecting prisoners of war. It establishes a distribution service for aid parcels and messages for civilians trapped behind enemy lines. (ICRC) 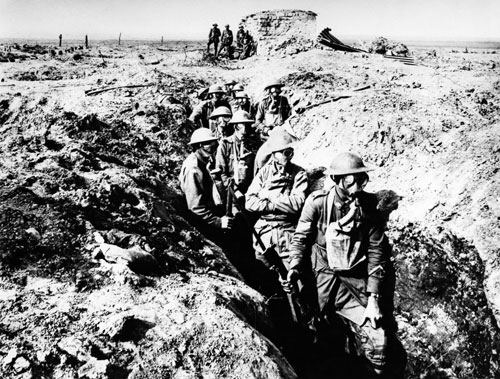 Australian troops prepare for a gas attack near Ypres (1917)

In February 1918 the ICRC appeals to the belligerents to stop using poison gas. This weapon, which is thought to have killed about 100,000 people during the fighting, would be banned by the 1925 Geneva Protocol. (Imperial War Museum) 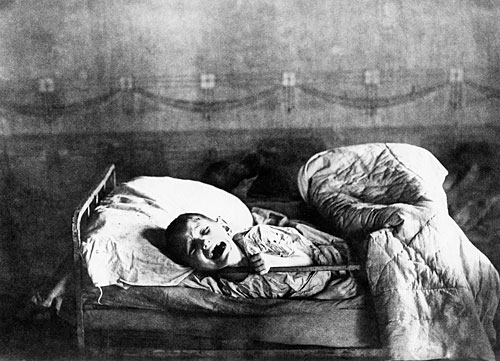 The Red Cross mobilises the international community to try to save 32 million starving people in Russia, Ukraine and Georgia. (ICRC) 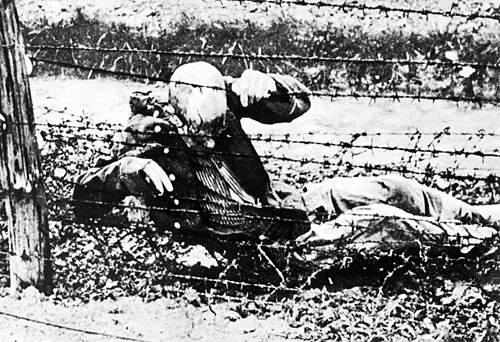 1939-1945: In this war, characterised by the desire of the Hitler regime to exterminate the Jews and other minorities, the number of civilian victims for the first time exceeds the number of fighting men killed. If the ICRC manages to extend its protection for POWs, its actions on behalf of civilians held in Nazi concentration camps are very limited or even nonexistent. (Polish Red Cross) 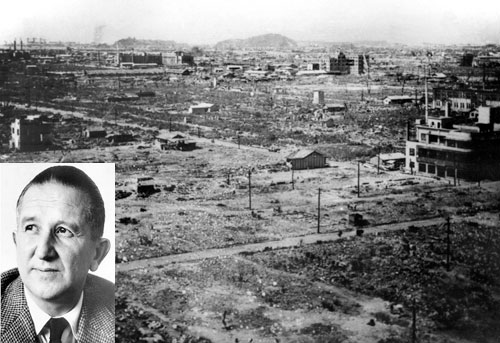 Hiroshima 1945: "the city centre is flattened... a vision of horror" (Marcel Junod)

Along with the international media, the Red Cross does not immediately grasp the extent of the suffering inflicted on the Japanese towns wiped out by American atomic bombs. ICRC delegate Marcel Junod is the first foreign doctor to visit Hiroshima on September 8, 1945, more than a month after its destruction. (Keystone/Benoît Junod) 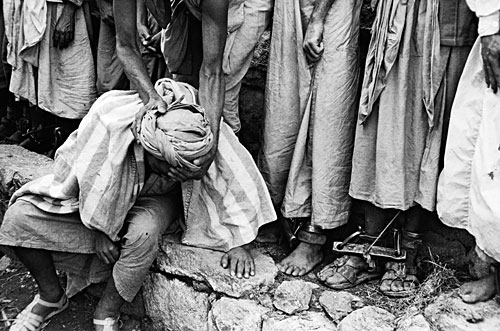 Prisoners from the conflict in Yemen, 1964

1949: A conference in Geneva adopts four conventions which significantly strengthen international law. The most important advance is the fourth convention, which covers civilians. The four texts contain a shared article dealing with the protection of victims of non-international armed conflicts. (ICRC) 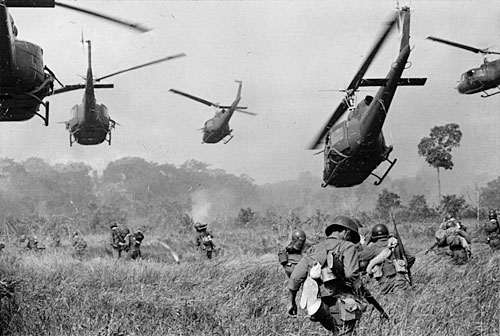 US helicopters attack a Viet Cong camp near the border with Cambodia, 1965

1960: Start of a decade which sees an upsurge in the number of Red Cross societies in the wake of the independence of former colonies in Africa and Asia. There are currently 186 national Red Cross and Red Crescent societies throughout the world. (AP Photo/Horst Faas) 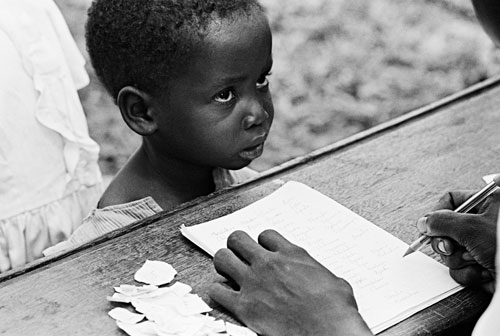 Biafra, 1967-1970: child waiting for milk and fish coupons in a feeding centre

The Biafran civil war (Nigeria) causes a humanitarian catastrophe. The internal nature of the conflict and the refusal of the Nigerian government to accept any help mean that the Red Cross is paralysed. ICRC planes are even fired on. This impasse triggers the creation of the non-governmental organisation Médecins sans frontières (Doctors without Borders), at the instigation of Frenchman Bernard Kouchner. (H.D. Finck/CICR) 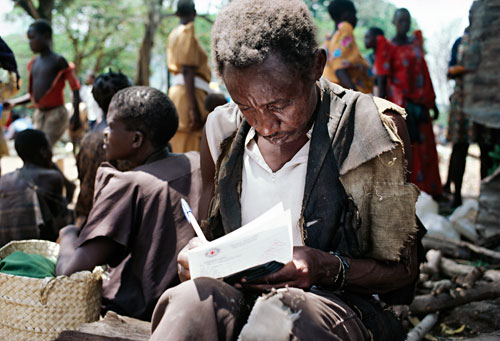 1984, Uganda: a man writes a Red Cross message to his family 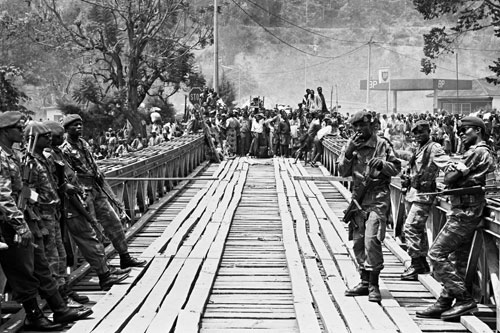 1994: Rwandans wait to be allowed to cross the frontier into Zaire

The international community is unable to prevent the genocide in Rwanda, where between 500,000 and one million people are killed between April and July 1994. The ICRC remains in the country throughout the massacre. (Thierry Gassmann, ICRC)

2007: Adoption of the Red Crystal as a third emblem alongside the Red Cross and Red Crescent

Adopted at the instigation of Switzerland, it enables the Israeli and Palestinian first-aid societies to be accepted into the movement.(Keystone/Laurent Gillieron)

The 150 year history of the Red Cross and Red Crescent Movement has seen many advances in human rights. Yet there have also been tragic events where the international community has been powerless to help. A look back over the years in pictures.