Some Swiss media outlets lost as much as 95% of their advertising revenues during the Covid-19 pandemic and they are not alone. Local media in many rich countries are suffering similar fates. But quality news media are more important than ever and must find new ways to grow, argues Geneva-based journalist Brij Khindaria. 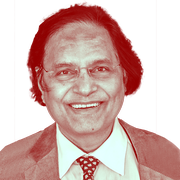 Unlike their colleagues in most other countries, Swiss editors have public service in their DNA. In the early weeks after the partial lockdown on 16 March, hardly any media outlets criticized the government’s handling of the pandemic, and it is still rare nearly six months later. In contrast, media in the United States, France, Italy, Britain, Spain and many other countries savaged their leaders and are still virulent critics. Partly because of this feistiness, consumer interest for news on all platforms has increased considerably. But advertising revenues continue to fall across the board.

Covid-19 has brutally demonstrated how a microscopic virus can destabilize entire business sectors that are major advertisers on print and online media, including international travel, leisure, entertainment, restaurants, processed food, fashion and retail.

Subscriber revenues are also falling. The subscriber research group Enders Analysis estimates that nearly half of lost subscriptions may never come back. Interest in information increased greatly as the pandemic hit, but it has not translated into higher earnings for most local media.

In Switzerland, even larger media have been badly hit. The European Journalism Observatory notes that the pandemic produced a dramatic increase in consumers of all media in Switzerland. Television news grabbed 80% of market share at the height of the crisis and hits on the Le Temps website tripled. But earnings remain sluggish. Even stalwarts like Neue Zürcher Zeitung and Tages-Anzeiger did not unlock online Covid-19 content to make it free, because of lower advertising revenues.

The pandemic has also triggered a decline in coverage of news at the United Nations office in Geneva (UNOG), which is unfortunate because it is the global centre for the majority of major UN-sponsored meetings affecting the lives of ordinary people. They include important subjects, such as development, labour, disarmament, trade, economy, health, food, weather, social and humanitarian affairs, and human rights.

Since the onset of Covid-19, almost all international in-person meetings on UN system premises in Geneva have been cancelled or drastically reduced and media events are mostly virtual. A result has been to accelerate the downgrading of Geneva-based news by the editors of major news outlets around the world, with the exception of pandemic related information from the World Health Organization. The world’s biggest news agencies have reduced staffing at UNOG and some are closing their offices. Only Chinese media have increased their presence in recent years.

This content was published on Jul 29, 2020 Jul 29, 2020 Swiss media have covered the coronavirus pandemic relatively well, but could have been more critical, says a new study.

Swiss media companies on the brink of financial crisis are in exalted company. For instance, eMarketer, a market analyst, estimates that Google and Facebook are taking nearly 80% of digital ad revenues from local media in the US.

The News Desert Project of the UNC Hussman School of Journalism reminds us that the US has lost nearly one-quarter of local media since 2004, including more than 1,000 outlets in the last 10 years. It defines a news desert as a local community without a daily newspaper. This affects one in three Americans now.

The project finds that many local newspapers are “ghosts” of their former selves in the US. They are increasingly owned and operated by hedge funds and private equity funds that use aggressive cost cutting, which reduces the quality of news reporting.

France offers an alternative model where media outlets continue to receive more subsidies than elsewhere in Europe. The London Institute for Media Strategies estimates direct subsidies in 2019 to French print and online news media at nearly €114 million with another €103 million in postal and tax breaks.

But subsidies can disincentivize media managers from acquiring the skills necessary to navigate the tougher challenges confronting journalism now. Oxford university’s Reuters Institute for the Study of Journalism suggests that the current crisis may increase inequalities between those rich enough to pay for niche online media, and others stuck with sites that are less scrupulous about impartiality in their efforts to monetize web traffic.

Falling advertising revenues have plagued Swiss and other rich country media for several decades. But Covid-19 is a new type of threat because of the breathtaking scope of its adverse impacts.

Confronted with so many upheavals, decades-old practices of media entities and journalism are being questioned for relevance to a new epoch where people must learn to live with pandemic-related economic and social shocks. The core need is to strengthen the financial and professional reliability of media outlets to withstand onslaughts from social media, fake news, disinformation and lower advertising revenues in a world economy shaken regularly by pandemics.

The challenge for all media entities is to find opportunities for growth in a coronavirus environment that is disrupting the world of work and eroding the domestic and global economic, social and business fabrics that have generated jobs and rising living standards for half a century.

Media outlets will fail to grow without winning a credible role in the lives of people battered by negative trends in pandemics and climate change. Building trust with consumers takes time, hard work and sustained investments.

The role of media is more important than ever in a world of data-driven artificial intelligence, unprecedent migratory flows and the geopolitical rivalries of the US, Europe, Russia and China. Without viable solutions for media outlets, including financing, we may be overwhelmed by viral chains of misinformation and fake news on social media.

The distortions would feed into conflicts among voters and disintegrate democracies by marring elections with voter fraud and outside interference. This is already visible in the US presidential elections due on 3 November, which are heavily tainted by allegations of potential mail fraud and interference through social media by Russia, China and Iran.