In many parts of the world, people’s level of satisfaction with their own democracy is diminishing, according to a recent international study. 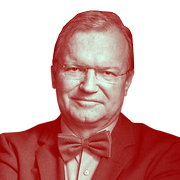 Since 1970, Roberto Foa, a democracy researcher the University of Cambridge in England, has investigated all states with free and fair elections as well as all those with a minimum standard of democratic rule of law.

Why the Swiss are satisfied with their democracy: the response

Our country enjoys the highest rate of satisfaction with democracy in the world. What is more, satisfaction is increasing, in contrast to developments elsewhere. Currently, about three out of four citizens are happy with Swiss democracy – a record!

Switzerland is an exception to the rule, if not the only one. In other northern European democracies there are similar cases.

But it is worth noting that these exceptions are almost all democracies based on consensus. Such states have been able to minimise social conflicts, thus guaranteeing political stability and benefiting economic development. This in turn encourages satisfaction with democracy.

Why the Swiss are satisfied with their democracy: the new answers

Now we know that this mechanism functions well in the broader population. It is known as “output-oriented” satisfaction with the system: that is, the middle and lower strata of society support such systems as long as they bring concrete advantages to daily life.

However, there is also an “input-oriented” satisfaction. Primarily, those who are politically deeply engaged want to play a role in wide-reaching decisions. Among the highly educated social strata, the economic benefits are not as important as the potential for personal involvement.

A study by Bern University in SwitzerlandExternal link last year showed how this works – and why Switzerland stands out.

The starting point is presidential democracies with a strong, usually male leadership, such as the United States, Brazil or France. Satisfaction with democracy in these countries is not particularly high.

This is connected to a dearth of power-sharing in these countries, according to political scientist Adrian Vatter, the lead author of the study.

Power-sharing can be achieved through four different channels: via parliament, via proportional representation, via votes and via federalism. Here, when it comes to such power-sharing, Switzerland is a world leader.

Two democracy ratings published in Sweden in 2019 add participation to this list of fundamental factors. Here, too, Switzerland is a leader in many ways.

Direct democracy is common in the country, and it is increasingly being taken up abroad.

At home, slightly less attention is paid to two other reasons mentioned in the praise from Sweden: first, a highly developed local and regional democracy; second, the authorities’ openness to the participation of civil society.

This may be overlooked in Switzerland because, even here, people want more and more democracy. It's only when we make international comparisons that it becomes clear that we have a lot of things other countries lack.

It is beneficial for democracy if it is not just practised on the national level. If it is also practised on a more local scale, that supports democracy.

In Switzerland, for example, it is not just the mayor of a city or a community who is elected. Entire city and municipal councils are determined by election.

What’s more, political parties have no monopoly over shaping political will. Business associations, environmental organisations, even academia and civil society movements are involved in participative democracy in a number of ways.

The critics of Switzerland’s system like to quote the annual democracy ratings published by the British business magazine, The EconomistExternal link. This democracy index is the only one of its kind that ranks Swiss democracy as merely “good,” rather than “very good.”

The main reason is low voter turnout. This weak point is also noted by the Swedish democracy agencies, but they mitigate it by pointing out that this is partly because of the wide array of opportunities to participate in democracy on offer. That reduces the need to have a voice by voting.

Democracies like Switzerland’s, they say, offer a range of opportunities for participation. This diversity does have its price: those who use them spread across different channels of involvement.

I would add to this that a diverse range of opportunities is a strength as long as everyone participates in regulated forums for opinion-forming in one way or another.

Thirty years ago, I was the first to point out that Swiss were selective about which ballots they participate in. The median turnout for votes is around 45%. But it’s not always the same people who show up.

People take part in elections and votes if they are directly affected and in areas where they feel competent to make a decision. Within four years, three of four Swiss voters go to the polls in at least one national ballot – just as many as those who vote once in that time frame on an international level.

But we mustn’t overlook the fact that in Switzerland, young people have drifted away from institutional political participation and swing to and fro between apathy and protest.

That is something Switzerland’s exemplary democracy doesn’t have a grip on.

This content was published on Aug 25, 2017 Aug 25, 2017 A year after the nationwide vote, it's gone quiet around the topic of unconditional basic income in Switzerland - but not abroad.