A campaign to make prostitution illegal in Switzerland is being met with stiff resistance from human rights group.

The Swiss Aids Federationexternal link, Amnesty Internationalexternal link, the Equality Officeexternal link of the city of Zurich,are among several advocacy groups rallying against the initiative.

The campaign “Stop Prostitution”external link was launched by the Women’s Centre in Zurich at the end of June and calls for a Swedish-style ban on prostitution, which penalizes the client rather than the sex worker.

Andrea Gisler, the president of the centre, said that she wants Switzerland to become a country without prostitution because the practice constituted “a violation of human dignity”.

It was a form of sexual violence and an obstacle to achieving equality between the sexes, she added.

But the campaign does not have the backing of various human rights organisations, reported Swiss public television, SRF, on Saturday. The FIZexternal link Advocacy and Support for Migrant Women and Victims of Trafficking is also against the ban.

Anja Derungs, spokesperson for the Zurich Equality Office said that “sex work is like any other kind of work and should be treated as such”. A sex worker should be able to decide for herself whether and how she wants to pursue this profession.

Daniel Seiler, Managing Director of the Swiss Aids Federation, said that sex work “is the oldest profession in the world” and would not disappear if a ban was in place. This approach had not worked it Sweden either, where the trade still exists, he noted.

In contrast, making the trade illegal would only make it easier to exploit women, according to Seiler.

The Women’s Centre in Bern also expressed its opposition to the campaign launched by its counterpart in Zurich. The Swedish model of banning prostitution was not the right way forward. Instead, the Bern centre believes it is their role to help and support women who are legally allowed to work in the industry.

The campaign initiators said that it was their aim to start a public debate about the fundamentals of prostitution in society. Whilst there was no perfect solution, the Swedish model of punishing punters was a preferable option compared to the current practice in Switzerland, they said.

In Switzerland, prostitution is legal.

The Swiss authorities debated the regulations on prostitution in 2015.

The Swedish model was also examined as part of this review.

During a consultation process with government representatives, experts, trade unions and advisory consultants, the cabinet decided that such a ban on prostitution would be counterproductive.

The sex trade is evident in some parts of Zurich, so much so that the city may erect “sex boxes” where streetwalkers can do their business more ... 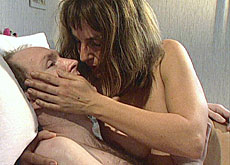 Zurich's disabled to get sexual relief

Disabled people living in Zurich are to be offered professional sexual services, as part of a new trial project. The organisation behind the ...

Switzerland is one of the most liberal countries when it comes to prostitution. Yet those who offer sexual services for payment do not have ...

Failings found Swiss ‘must do more’ against human trafficking

Switzerland needs to clamp down more strongly on people smuggling, as increased numbers of migrants are falling into the hands of unscrupulous ...

The highest court in Switzerland has rejected a complaint by a group of Christian parents against a government-backed sexual health campaign.

The Council of Europe has urged member states to step up the fight against human trafficking and prostitution. The recommendation by Europe’s ...