Swiss Foreign Minister Ignazio Cassis aims to strengthen Switzerland’s sense of identity in the wider world. In this interview he tells swissinfo.ch why Switzerland needs to act based on clearly defined interests from now on. 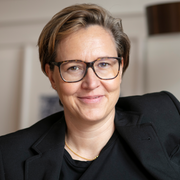 More from this author | Editorial Board
Larissa M. Bieler in Montreux, swissinfo.ch

swissinfo.ch: You know the psychology of this country, so how would you wish to strengthen Switzerland’s sense of identity in the wider world?

Ignazio Cassis: Not “how”, but “what” is the real question. What opportunities does Switzerland want to pursue in the world ten years from now? What direction are we headed in? Here is where values, a position and a vision come in. We need to know the drivers of development. We are talking about digitalisation, climate change, patterns of migration. We need to concentrate on the challenges and most of all the opportunites that arise for Switzerland from all of this. The “how” of it will come later.

swissinfo.ch: Switzerland is not a great power, nor is it part of Europe, and it has little political weight. When the major powers call for help, Switzerland provides its good offices. Shouldn’t Switzerland free itself from this opportunistic role?

I.C.:  Throughout its history, Switzerland has operated reactively. But I have spoken of a Switzerland which is guided by opportunities. “Opportunism” has a different meaning, it has a negative connotation. And in that respect Switzerland has not done so badly – we live in a beautiful country.

But that is not enough. We cannot just be reactive. We have to ask ourselves, actively, what sort of a future needs to be shaped now by the federal government and the cantons. To answer this question, there arises the basic question where the world will be in ten years. We have been doing this kind of thinking.

swissinfo.ch: What strengths will Switzerland bring to the global competition of opinions and debate in the future?

I.C.: Our world brands are stability, reliability, rule of law, predictability and  neutrality. Those are the five most important points which make us trustworthy around the world. So Switzerland is often asked to play the role of mediator between states.

swissinfo.ch: What challenges do you see for Switzerland in ten years?

I.C.: We need to strengthen the multilateral system in the world. A world which now has numerous major powers, China being definitely one of them, but also Turkey, Brazil, South Africa and others. There are more and more centres that want to exercise power. The question is for us how to play a role in this kind of situation so that violent escalation is avoided. Switzerland, with its international city of GenevaExternal link, is in a very good position to do good work here.

swissinfo.ch: In the foreign policy vision for Switzerland in 2028, known as Avis 28External link, the main drift seems to be advantages for Switzerland. So is your approach “Switzerland first”?

I.C.: “Switzerland first” is something you’ll never hear from me. It comes from the American election campaign. “America first” means more than just what it appears to be in translation. But of course I represent Switzerland’s interests. That is the duty of any federal government minister. In Article 2 of the Swiss constitutionExternal link it is made clear that our mission is to ensure our country’s security and promote prosperity – in foreign policy, too. That happens through good relations with other countries and stability in the world. Foreign policy is in that sense a policy of pursuing interests, especially in a direct democracy. Switzerland is and will remain a nation open to the world and in solidarity with it. Values and interests are not in opposition – they rather condition and promote each other.

You can watch the whole interview (in German) here: