#metoo and harcèlement (harassment) are the words of the year in German-speaking and (for the first time) French-speaking Switzerland. Words in Italian and Romansh, the country’s two other national languages, will be added in 2018 and 2019 respectively.

Harcèlement was “without doubt the word that made the greatest impression throughout 2017”, said linguists from Zurich University of Applied Sciencesexternal link.

“[Harassment] in the street, by Hollywood producers, in the office or online – the ubiquity of this term reflects simultaneously the terrible acknowledgment of insidious power games and the liberating power of words: finally giving a name to situations where society, until now, has remained silent.”

You’re never far from an English word in Switzerland. A linguist explains why – and whether there will be a backlash.

Runners-up in French were “congé paternité” (paternity leave – the Swiss will vote on introducing paid time off for fathers) and “influenceur/influenceuse” (anyone with a certain number of online followers who can convince companies to give them free products).

In the German-speaking part of the country, #metoo was the clear choice for the judges, who assessed suggestions sent in by the public as well as the 20 words or terms that, according to the Swiss-Al database, were used the most in 2017 compared with previous years.

The hashtag went viral in October in the wake of sexual misconduct allegations against film producer Harvey Weinstein. “It accuses; it sheds light on long-suppressed issues; it directly links social media and public discourse,” the judges wrote.

Second place went to “weglachen” (laugh off). The judges said this “young” word, which means treating serious subjects with fake amusement and thus distracting from unpleasant situations, could be applied to the roots of the #metoo problem.

Finally, as in western Switzerland, “Influencer”. These people were originally hip, according to the judges, but now the word had an “unpleasant aftertaste”. It is now obvious, they concluded, that “someone who consciously influences their followers on social media in order to make money abuses their trust and is manipulative”.

The popular initiative to introduce paid paternity leave has crossed another milestone, as government confirmed that the required number of ... 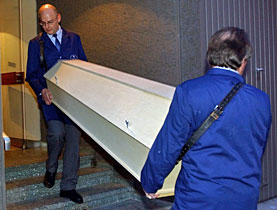 "Sterbetourismus" (death tourism) has been selected from over 2,000 suggestions as Word of the Year in German-speaking Switzerland. The issue of ... 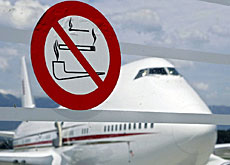 "Smoking ban" chosen as Word of the Year

"Rauchverbot" (smoking ban) has been selected from over 2,500 suggestions as Word of the Year by a jury of journalists in German-speaking Switzerland.