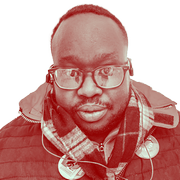 Jeff Makana is a Swiss-based labour and disability rights activist who has worked with job placement programmes across the country, including at nonprofit organisations Caritas and Espace Mozaik. He is also a correspondent for the platform Homeless Entrepreneur, for which he visits Swiss cities to understand the challenges facing the homeless community.

In Switzerland, people of colour and other minority groups encounter many obstacles to entering the job market due to administrative barriers disproportionately affecting them and other minorities. Affirmative action is a policy in which factors such as an individual's race, sex, religion or national origin are taken into account to increase opportunities for an underrepresented part of society. I believe that Switzerland needs to adopt such a policy to level the playing field.

Representation of traditionally disadvantaged groups in the workplace is important to end inadvertent discrimination against people of colour and minorities in the Alpine country.

Swiss employment law does not require that a diversity programme be established in the workplace except for among public-sector employers such as the federal government or universities. However, a variety of Swiss-based companies across all industry sectors (such as Novartis, Roche, Swisscom, Credit Suisse, AXA, PwC and Coutts) have adopted diversity and inclusion initiatives and policy programmes. Now it’s time to go a step further.

Employment law and related court precedents provide for anti-discrimination policy in the workplace regarding race, gender, religion, age, nationality and health. But none of these measures or provisions guarantee affirmative action. Such a policy would help ensure that the tenets laid down in Article Eight of the Swiss ConstitutionExternal link are fully realised. Article Eight bans discrimination, enshrines equal rights between men and women and seeks to eliminate “inequalities that affect persons with disabilities”.

A different kind of racism

Symbolic racism can be found in the Swiss labour market and in Switzerland in general. It amounts to a coherent belief system that a historically marginalized group, such as Black or homeless individuals, no longer faces much prejudice or discrimination. They therefore fail to progress in society because they are unwilling to work hard enough, or they make excessive demands. Such attitudes have largely replaced “old-fashioned” racism towards people of colour and the homeless, but they can be just as damaging, especially when it comes to finding work and making a living.

According to research on “Afrophobia” in Switzerland by Dr. Noémi Michel External linkof the University of Neuchatel, “the social taboo of discussing race (and subsequently racism) is rooted in a belief that racism does not exist on the territory of Europe. Therefore, racial discrimination cannot be tackled without activists themselves being labelled as racist for instigating the conversation."

I spoke to several people in Switzerland from different walks of life whose experiences underline the fact that something more needs to be done to combat symbolic racism and discrimination on the labour market.

Mohammed Wa Baile is a Swiss citizen of Kenyan origin who works at the University of Bern as a librarian and is a community activist. He points to Swiss women’s long fight for equality as a precedent and an example of what minority groups face in the struggle for equal treatment. (Swiss women did not get the vote on a federal level until 1971, and Switzerland wais one of the last European countries to ratify the UN convention of 1979 which protects basic rights of women as well as to establish federal maternity leave).   But in part because women’s struggle is still going on, he says that it has overshadowed the work that needs to be done to give other groups an equal playing field.

"The idea of trying to increase the representation of people who have been discriminated and excluded for generations in all areas of employment, education and culture, is a positive way to address inequality,” Wa Baile told me, citing practices in the United States and South Africa and pointing out that in Switzerland, women have so far been the main beneficiaries of affirmative action policies.

“At least women have fought and are still fighting hard to inform society about sexism,” he says. “Now what is needed is to include racism in affirmative action discourse.”

Emre Firat, a Swiss citizen with Turkish roots, also supports the idea. Although he says he did not have trouble finding work because he was born and raised in Switzerland, he knows many people who have struggled due to where they come from and “especially what they represent for today’s society”.  He now works in the field of insurance marketing, but while working in an employment agency, Firat says that one of his clients explicitly did not want to accept applications from “foreigners”, highlighting the scope of the problem.

Aurélie Induni, a Swiss national, thinks that “prejudice dictates a lot in the recruitment process” for jobs.

“Our pre-existing culture is ruling the labour market,” she says. “Some are not even conscious of their bias.”

Induni, who works in the field of debt consolidation management, has experienced discrimination on the labour market because of her gender, with some companies having told her they would “rather hire a man”. She has also witnessed someone being denied a job because they had been physically disabled following an accident. She believes that “blind” first-round interviews could be a measure to allow people to not be judged by their skin colour or a physical disability.

“People of colour, people with disabilities, people with tattoos (yes, it happened to someone I know), women, people from the LGBTQ+ community, people with certain religious beliefs - all of them can be the best at something but still being denied jobs because of these factors and not their capabilities,” Induni said.