In 2018, the average household in Switzerland managed to set aside CHF1,589 ($1,742) each month in savings, making it one of the thriftiest countries by international comparison. 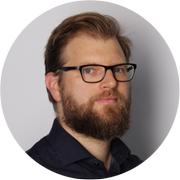 The savings amount to about 16% of the average before-tax monthly household (2.2 people) income of CHF10,114, the Federal Statistical Office (FSO) said in a reportExternal link released this week.

This makes Switzerland one of the countries with the highest savings rate internationally, along with nations like Sweden, Luxembourg, and Germany. China however remains way out in front with a household savings rate of some 40%.

Overall, the numbers also showed that the average monthly income for a Swiss household came mainly from employment (three-quarters), with pension payments and social benefits making up around a fifth.

Where does the money go?

Around one-third of gross income goes towards paying taxes, social security contributions, and obligatory health insurance. The share of these “involuntary” payments has been climbing disproportionately since 2006 (see graphic).

From the just over CHF7,000 remaining, an average household then spends almost CHF1,700 on rent, furniture, and domestic maintenance – the biggest “voluntary” payment area. Transport also accounts for a big outlay at CHF750.

As for groceries – CHF730 per month – this figure has declined as a proportion of total income since 2006, a phenomenon also seen internationally when incomes rise. At the European level, for example, low-income and low purchasing power Romania spends most on groceries, drinks and tobacco – almost a third of an average income.

As for leisure and luxury purchases, this seems to fluctuate between countries depending not only on income but also on cultural practices. In the UK, for example, 15% of income goes on culture and leisure, while in Switzerland it is 10%.

Galina Kolev, a professor of economics at the German Economic Institute in Cologne, says this reflects “regional preferences” – which help to explain why in Greece people spend three times as much going out to eat and drink than Germans do.