Swiss laws on downloading copyrighted material are relatively lenient compared with those in many other countries. As a result, Switzerland has been placed on a United States blacklist. However, legal changes are afoot.

When I buy bread in a supermarket, I have to pay for it at the till. If the baker, who has worked all night, doesn’t make a profit, he or she will probably look for another job. The same goes for “immaterial goods” such as films and music.

“To guarantee that there are new films and new authors, there needs to be revenue. State funding, for example, is not enough,” explains Dieter Meier, director of Suisseimageexternal link, the Swiss Authors’ Rights Cooperative for Audiovisual Works. The organisation guarantees that artists receive fair payment thanks to the distribution of their creative output.

In the internet era, however, protecting intellectual property (IP) has become a headache for authorities all around the world.

The United States has put Switzerland on a watch list of countries that it says aren’t doing enough to protect intellectual property rights (IPR).

By Jo Fahy and Veronica DeVore

The war against online piracy and file-sharing sites, in which copyrighted works are made available by those who don’t have the right to do so, is a no-holds-barred struggle.

One of the latest examples involves the “seizure” in Italy of more than 152 streaming sites, a sign of the crackdown in Rome on online piracy. Also, the closure in July of KickassTorrents, one of the largest “peer to peer” sharing sites, and the indictment of its alleged owner by the US justice authorities caused an online earthquake.

Each country approaches this phenomenon in a different way, aware that stemming it is not made any easier by its global nature. The US, where television and film exports generate $16 billion (CHF16.2 billion) a year, takes a particularly hard line.

Indeed, it was Washington that in April placed Switzerland on a blacklistexternal link of countries where protection of intellectual copyright is considered insufficient.

“While Switzerland is generally a strong partner on IP issues, copyright holders have essentially been prevented from enforcing their rights against online infringers and Switzerland has become an increasingly popular host country for infringing websites,” the US authorities wrote in the report.

Meier at Suisseimage points out that the media and film industry is really strong in the US and it’s not the first time they’ve exerted pressure on Switzerland.

“They want downloading from an illegal site to be considered illegal too. But in 2008, Swiss lawmakers clearly stated the opposite,” he said.

In Switzerland you enter illegal territory if, without the necessary rights, you make a file that is protected by copyright available to someone outside your own restricted circle of acquaintances.

This legal situation is much more lenient than in most European countries. The law in Italy, for example, calls for a fine of €152 (CHF164) for anyone watching a streamed football match or film on an illegal site.

However, using most peer-to-peer files, such as BitTorrent, is also illegal in Switzerland because generally when one downloads a file, one shares it at the same time.

That said, a ruling handed down by the Supreme Court in 2010 decreed that the protection of the consumer’s private sphere is more important than the rights on an author.

“Monitoring by the authorities of peer-to-peer internet users is illegal,” said Gianni Cattaneo, who teaches internet law – with a focus on IP, privacy and e-commerce – at the University of Applied Sciences of Southern Switzerland.

He adds that in each case, “the attorney general can’t act without a request for intervention by the holder of the violated copyright. It’s not easy identifying offenders who operate through peer-to-peer networks and finding (electronic) proof of violation of rights”.

According to SAFEexternal link, the Swiss anti-piracy association, this legal situation “has in effect blocked the prosecution of people who violate copyright. Switzerland – unlike many industrialised countries – still doesn’t have the efficient means to impede this phenomenon”. Remedies are, however, being worked out.

‘Take down, stay down’

In 2012, Justice Minister Simonetta Sommaruga mandated a working group called AGUR12external link to assess a change to the federal copyright lawexternal link from a technological and digital development point of view.

Suisseimage director Meier is part of AGUR12 but he plays down the responsibility of internet users.

“We don’t want to chase the small consumers but rather the larger companies – the ones that do the real damage,” he said.

“They’re the ones who make money thanks to adverts and selling users’ data. We want to stop illegal sources. By eliminating them, illegal downloading wouldn’t exist.”

The aim is to work out a law which will enable the authorities to force content providers (responsible for the contents of a website) to eliminate illegal content and to do so in a way that the content won’t immediately reappear – the “take down, stay down” approach.

Swiss access providers (who supply the internet service) could, on the other hand, be called upon to block foreign pirated content and – in the case of a serious violation of copyright – to identify and provide the names of those involved as part of civil legal proceedings. But this would only happen after the user has been warned twice.

It is a system that corresponds to the will of the Swiss government, avoiding criminalisation of the consumer. The providers, however, are rather reticent, according to Meier, because it would be up to them to hand out warnings or to check if something is legit or not.

Will changes be enough?

The parliamentary bill will be tightly linked to the conclusions of the working group, expected in February. The Swiss parliament, on the other hand, will not comment until 2018.

If the amendment enters into force, it remains to be seen whether it will be enough to get Switzerland removed from the US blacklist.

“If the United States thinks streaming or downloading from unauthorised sources in private is outside the law, there’s no way the issue will be resolved,” he said.


(Translated from Italian by Thomas Stephens)

Global ranking Five reasons why Switzerland is top in innovation

Switzerland is top in the world when it comes to innovation, according to an index by the World Intellectual Property Organization (WIPO).

Companies aren’t taking the threat of cybercrime seriously enough in Switzerland and aren’t doing enough to anticipate attacks, according to a ... 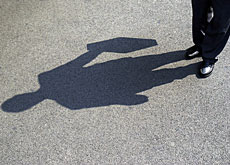 Swiss companies are reporting the same levels of fraud as two years ago despite implementing ever more sophisticated control systems, a study reveals.