Switzerland is proposing Philip Jaffé as an independent expert for the monitoring body of the UN Convention on the Rights of the Child. swissinfo.ch meets with the psychologist in Geneva ahead of election day.

Jaffé is a psychotherapist by training and specialised in legal psychology. He is currently the director of the Interfaculty Center for Children's Rights Studies based in the southwestern Swiss city of Sion. In the 1980s he worked in the United States, serving as the clinical director of Bridgewater State Hospital, a high security establishment near Boston for criminals requiring psychiatric treatment.

He returned to Switzerland to teach at the University of Geneva, and then directed the children rights department at the Kurt Bösch University Institute in the city of Sion. Jaffé hopes to put his experience at the service of the 18-member United Nations Committee on the Rights of the Child.

swissinfo.ch: How is your election campaign going?

Philip Jaffé (PJ): Good. It is a very interesting experience which is allowing me to discover the mechanisms of Swiss diplomacy that are mobilised when Switzerland presents a candidate to international organisations. As a novice in this regard, I have been very impressed by the commitment of the foreign ministry, both in the Swiss missions and in the capital Bern, where there is a whole section dealing with nominations. You feel like you are in very good hands. It is standard procedure but I was very touched by the recommendation that (Swiss Foreign Minister) Ignazio Cassis sent to all his colleagues at the foreign ministry and, of course, to all the diplomatic missions of Switzerland.

swissinfo.ch: We imagine that you must shake a lot of hands…

PJ: Most of the campaign takes place in New York, with a few episodes in Geneva and results (reported) in Bern. It is a question of convincing the majority of the states who have ratified the Convention on the Rights of the Child to support my nomination when the vote is held on June 29 (in New York). Like with speed dating, I find myself behind a little table, just like the other candidates, and meet with each representative of the signatory countries for 15 to 30 minutes. They scrutinise you from head to toe, hear your arguments, ask questions. Most diplomats ask good questions and show a genuine interest in candidates. But it is not possible to know their preference as they must refer to their governments who make the final decision.

swissinfo.ch: Does the Swiss factor play a role in the field of children rights?

PJ: Switzerland already has a prominent member in the committee: Jean Zermatten, from Valais. This former juvenile court judge is still highly valued internationally. Moreover, Switzerland and Geneva are the cradle of children’s right. The very first treaty on children’s rights was signed in Geneva. This was in 1924 under the auspices of the League of Nations. The United Nation’s Convention of the Rights of the Child was likewise formulated and negotiated in Geneva. And its monitoring body, the Committee on the Rights of the Child, meets there three times per year.

As a psychologist, I likewise bring – through my candidacy – the contributions of these illustrious figures in the knowledge of child development, particularly those of Jean Piaget in the field of child psychology. As for Rousseau, he was the first author to present the personality of the child as different from that of an adult.

swissinfo.ch: Rousseau played a role in the recognition of the child as a whole person?

PJ: In education, certainly. From a legal point of view, you must wait until 1989 and the Convention on the Rights of the Child for a child to be considered a subject of law and no longer an object of the law.

swissinfo.ch: Is Switzerland living up to this heritage in terms of respect for the rights of the child?

Switzerland is doing well within the global average. It faces problems that all countries face.

But it also has shortcomings linked to societal choices. Take poverty, for example. As a Swiss citizen, I am very upset to know that children—around 250,000—suffer from poverty here. That is absolute nonsense.

Children in Switzerland—18% of the population—are also abused at alarming rates. Every year, one in five girls and one in ten boys are sexually abused. Tens of thousands of children are physically abused, some to death. Switzerland is also one of the last countries in Europe to tolerate corporal punishment.

To confront this, Switzerland is hampered by its federalism. The cantons are all-powerful. There is no specific national body dedicated to the protection of children and their rights. This causes disparities between the cantons. Many countries have appointed an ombudsman at the national level. This could be an idea for Switzerland.

The United Nations Committee on the Rights of the Child is in charge of monitoring the application of the convention relating to children and its optional protocols. The committee is made up of 18 independent experts. They meet three times a year for three weeks in Geneva. The duty of the committee is to review the reports presented by signatory countries. With the entry into force of the third optional protocol of the Convention on the Rights of the Child on April 14, 2014, the Committee now has the capacity to deal with individual complaints.

Every two years, nine of 18 seats are filled in elections held by the states party to the Convention on the Rights of the Child. All the of United Nations member states have ratified the Convention, except for the United States, which signed but didn’t ratify it.


Translated from French by Dominique Soguel 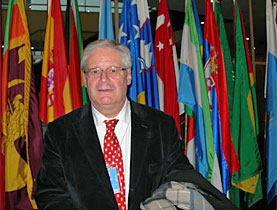