The number of women from Ukraine, the Dominican Republic and other countries officially working in Swiss strip clubs has fallen from 5,000 to fewer than 1,000 in ten years. The authorities may end their special residence status. 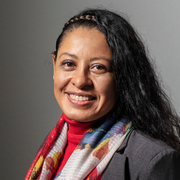 It’s early evening in the Swiss capital, Bern. Outside a strip club a young man peers at photos on a poster. Inside five women from eastern Europe and the Dominican Republic dressed in short skirts wait for their first customers of the day.

“We sell dreams,” says lapdance club owner Max Hufschmid, who has been in the business for 33 years. “These girls are a fantasy for many of our clients. About 80% of that feeling is in their heads, not in their trousers. We sell them illusions. They are happy to have their heart beating faster for one night, to be listened to and to have fun.”

But he admits that the golden age of the strip club is a thing of the past.

“The new competition from saunas, contact clubs and the internet means that we don’t get the same kinds of clients coming here,” he explained.

And there are other reasons: “With smart phones many people are worried that someone could take their photo with a girl sitting on their lap. During parliamentary sessions we used to earn 30% more than normal. That’s finished now.”

Cabaret dancers from countries outside the European Union or the European Free Trade Area (EFTA) can work in Switzerland with a special short-term L residence permit.

For this the applicant must be at least 20 years old. The short-term permit will only be issued for work as a cabaret dancer for a maximum duration of eight months within a 12-month time period.

On entering Switzerland, these people must be in possession of work contracts for a total of at least four months. These contracts may not be terminated either by the employer or by the employee unless there are strong reasons for doing so.

The permit, which was established in the 1990s to protect women from exploitation, does not allow women to carry out any other activity apart from that of cabaret dancer.

According to the Federal Office for Migration, work as a cabaret dancer consists of ‘removing some or all of your clothes on stage to musical accompaniment and repeating this performance several times each evening…encouraging customers to consume alcohol and engage in prostitution is not part of your job’.

The government is proposing to abolish this special permit. But it has decided to first establish new methods to prevent exploitation in the sector in general.

Hufschmid’s striptease artists work in Switzerland on special short-term residence L permits for people from countries outside the European Union or the European Free Trade Area (EFTA), which includes Norway, Liechtenstein and Iceland.

But changes are afoot. The Swiss government wants to abolish what it sees as a loophole in migration regulations. It argues that strippers with L permits are not sufficiently protected against abuses and that the lower demand for dancers can be covered by EU or EFTA nationals.

Why get rid of this permit?

“If there was something wrong with this job we wouldn’t come here,” declared a Dominican lapdancer, who has been working at Hufschmid’s Bern club for four years.

“In two years here I earned the same amount as I got working six years back home. In our contract you can see what we give to Switzerland; we pay taxes and insurance. Why are they getting rid of this permit? Many girls will be left without any future,” said the single mother.

L permit-holders receive monthly contracts. In this way the lapdancers can change location and employer every month. They can earn around CHF4,300 ($4,700) a month or CHF2,300 after deducting taxes, retirement and unemployment contributions as well as rent that the boss demands for accommodations.

“Yesterday I drank CHF10,000 worth [of alcohol],” declares a young girl who was waiting for a regular. “He told me he would come today…he’s got money.”

Money is a big issue for these women. Clients may buy them bottles of champagne while they sit with them at the club and the dancers receive a bonus for each drink their client consumes.

“It’s forbidden to offer sexual services in strip clubs. The only way to earn money is to sell champagne. But we get criticised as some girls have been found drinking the whole night. We therefore introduced alcohol-free sparkling wine which clients can request after the second or third bottle of champagne,” explained Hufschmid, who is also the Bern and Solothurn representative of the Swiss Association of Concert Hall, Cabaret and Disco Owners (ASCO).

The 60-year-old is a firm believer in having a ‘cultural mix’ at his club and always employs dancers from eastern Europe and the Caribbean. But fewer and fewer places are employing girls from countries outside the EU or EFTA.

Alexander Ott, head of migration affairs in the city of Bern, works closely with the strip club owners and dancers. He is also a member of a national expert group set up to examine protection issues for this sector.

“The whole thing is anachronistic and an exception in the current migration regulations. On the one hand this permit is only intended for striptease artists and forbids them from getting involved in prostitution or encouraging clients to consume alcohol. In reality this is not what happens,” he comments.

So-called ‘intermediaries’ demand illegal payments of between $4,000 and $8,000 to help girls secure their first four-month work permit in a Swiss club.

This content was published on Jun 13, 2014 Jun 13, 2014 Interview with Alexander Ott, Head of the Migration Office of the City of Bern. (Patricia Islas, swissinfo.ch)

“Behind these contracts there is money moving around that benefits many others,” said Tahira Vargas, an anthropologist from the Antilles. Over the past 30 years she has closely followed the evolution of cabarets and demand for Dominican women to work as strippers in Swiss clubs.

“There are networks operating in the Dominican Republic as well as in Switzerland. Relatives and friends build ties to get contracts through favours for the daughter of a cousin, niece or granddaughter, for example. All this is in exchange for large sums of money,” said Vargas, adding that nothing ends up in writing.

According to a recent report by a national expert group, the working conditions of striptease artists with L permits are very precarious.

The authors say there is a huge potential for exploitation both inside and outside Switzerland as women who work are frequently obliged to make illegal payments to intermediaries for work contracts drawn up in their countries of origin.

To pay their debts they often become dependent on employment agencies or their bosses in Switzerland.

The rules against engaging in prostitution or encouraging customers to drink alcohol are often not respected. Presently, the status of cabaret dancers with L permits is largely a status for prostitution, the authors declare.

Vargas says today’s travelling employees know full well that alcohol and prostitution are closely linked to their work as strippers. But ultimately for many of these women getting work in Switzerland is a unique way out of poverty.

In over ten Dominican regions, local districts and suburbs, some even known as “New Switzerland” or “Little Switzerland”, have been transformed with money earned in the alpine nation. Where huts once stood today you can now find homes with cement floors.

“The money these women send home fills the void left by the state,” she added.

The same changes can be seen in other countries. Female doctors and engineers from Ukraine and Moldova have built their own offices back home with the money earned on Swiss strip club stages. Others have offered homes to their parents in Morocco or Ivory Coast or financed the studies of their children.

The risk of illegality

But the 40 years in which dancers have been shuttling back and forth between their places of origin and Switzerland have also had their share of drama: alcohol comas, contracts suddenly stopped, forced returns for debts unpaid and exploitation.

The organisations defending the rights of strippers say abolishing the L permit is not the solution. They argue that this document represents the legal basis that allows them to defend these women’s labour rights.

“If this status disappears there is a risk that women may work illegally and find themselves in an even more precarious situation. To combat abuse we will have to find ways of improving their protection and monitoring,” says Martha Wigger, a member of Xenia, a support group for sex workers and strippers in Bern.

What large economies can learn from smaller ones

This content was published on Jan 18, 2022 Jan 18, 2022 Switzerland has benefited from a combination of smart fiscal policy, a resilient energy grid and flexible working, says Nannette Hechler-Fayd’herbe.

Back at Hufschmid’s club a typical evening is underway. An elderly man smiles as he chats away to two blonde women listening to him attentively. As music quietly plays in the background the clock seems to stand still. But these women have no time for a break. They are busy working carrying out their principal role – selling dreams.