Researchers from the University of Zurich share how the coronavirus led them to redirect their research in order to better understand people’s communication habits during the pandemic, and what they found. 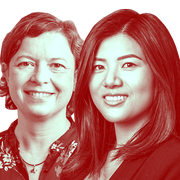 When lockdown measures spread across Switzerland in mid-March, everyone’s lives were thrown into disarray. Like many others, we scrambled to figure out our home office situation while keeping tabs on far away family members. Work meetings, school classes, conferences, exercise regimes, birthday parties and happy hours were all moving online.

As scholars who study people’s digital media uses at the University of Zurich’s Department of Communication and Media Research, much of society’s reaction to the pandemic was directly related to our research expertise. Suddenly everyone was interested in how people were using digital media to connect with family, friends, and colleagues.

While busy finding our bearings, we also wondered: ‘Should we launch into a study on all this or is it more realistic to focus our energies on coping with the unprecedented situation?’ We were genuinely unsure at first given that we were all facing big unknowns about how to work from home and so much else in our lives.

Topics we had been studying for years as communication scholars were suddenly taking centre stage for everybody. It felt like we needed to be part of the conversation. We could not lend a hand in the medical realm, but we could contribute as social scientists to understanding how people were coping.

Were people increasing communication with those outside their household, and if yes, using which digital methods? How were people learning about of all of the government rules and health recommendations related to coronavirus? Was everyone experiencing the lockdown similarly or were there differences in how people were adapting? These were just some of the questions we were pondering as we watched lockdowns sweep across the globe.

This content was published on Jul 1, 2022 Jul 1, 2022 Switzerland has lifted all of its Covid-19 pandemic restrictions as fears subside about the Covid burden on hospitals.

Eventually, our scientific curiosity won out and we launched into constructing the survey. We spent days and nights researching relevant questions, scouring prior scientific literature for appropriate measures, reaching out to dozens of colleagues elsewhere for their input, and eventually testing the full questionnaire to make sure it made sense and was not too arduous for respondents.

To coordinate our research team’s collaborative efforts, we relied on some of the same digital tools that we were studying. Fortunately, we had started using Slack years earlier and were thus already used to sharing documents and communicating effectively - even when not in physical proximity. We held lots of video meetings, making sure some of them focused on social catch ups, rather than work, to keep our sanity intact.

A few weeks later, working with an online survey firm that helped us reach a diverse sample of Swiss people, we distributed our questionnaire on how people in the country were experiencing the pandemic. All our sleepless nights had been worth it. Rather than wondering about how people were coping, we now had beautiful fresh data. In mid-April, we surveyed 1,350 people in German, French and Italian speaking regions across the 26 cantons of Switzerland. Here are some of the findings.

We asked whether communication (voice calls, video calls, text messaging, email, and social media) with friends and family (but not work contacts) had increased, decreased or remained the same compared to before the coronavirus pandemic. More than two-thirds of respondents had stepped up the use of at least one method of communication to keep in touch with those outside their household.

Across all modes of communication, the number of people who increased activity greatly outnumbered those who slowed down. The highest activity increases could be observed with video calls, text messages and voice calls. Italian-speakers were most likely to make more use of video calls and social media. Text messaging became more popular among French-speaking participants. Only a small minority of people cut down communication.

Since social media are generally popular for communication (over 95% of participants in this survey use WhatsApp, Facebook, Instagram, Twitter or YouTube), we were curious to see how many people were using them to source information about the pandemic.

Overall, 70% of Swiss obtained coronavirus information from at least one of these platforms. There were pronounced differences between language groups, particularly for Instagram and Twitter. Italian-speakers were most reliant on social media as coronavirus information sources. German-speaking respondents were significantly less likely to use WhatsApp, Facebook and YouTube.

Given that the Federal Office of Public Health uses various media channels to communicate public health recommendations, it is important to know which segments of the population can be reached through the various platforms.

Public broadcaster SRF was the most frequently cited source of pandemic information, with 89% of respondents turning to this source at least some of the time. Of the remaining 11%, three-quarters went to social media. This suggests that a diversified communications strategy is the wisest means of reaching the population during times of crisis.

People used multiple sources to follow the pandemic. Two-thirds of respondents checked websites for information on both the local and global spreading of the virus - with more than a third of them doing so daily. Interestingly, Italian speakers were much less inclined to keep track of the local situation while German speakers were somewhat less likely to check Web sites about global statistics. About three-quarters of all respondents used purely online news media, although French speakers were considerably less likely to do this than other language groups.

In our diverse media ecosystem, most people use multiple channels to keep abreast of pandemic news and information. Indeed, more than half of respondents followed news of the outbreak very closely with an additional 42% following “somewhat closely”.

This is encouraging as it suggests that people want to understand the situation. It is also imperative to identify how people educate themselves about the pandemic. This shows government agencies how to reach the population with recommendations as the lockdown measures loosen and social distancing measures change - or in case we ever face such unfortunate circumstances again.