Rona Bolliger argues that although Sunday's parliamentary elections show slow-but-steady progress on women's equality, the pace of change must increase because women are needed in the workforce. 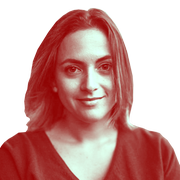 Rona Bolliger studied political science at the University of Zurich, where she specialised in Swiss politics, policy analysis and family/gender policies.

How do Swiss women juggle a family and a career? With difficulty.

“You cannot have everything: three children, a seat on the board and a career,” declared Swiss Justice Minister Karin Keller-Sutter recently.

Switzerland’s family policies are rather conservative and the involvement of the state is, as in many other policy areas in Switzerland, low.

She also claimed that “specific structures need to be established, otherwise it will not be possible for working mothers to pursue a career”.

In the year of the women’s strike, Switzerland seems to be ready for the next push concerning gender equality. On Sunday, Switzerland elected its national parliament and the results should give us reason for hope. The parliament has not only become much greener, it has also become more female. Women now make up 42% in the House of Representatives, while in 2015 only 32% of MPs were female. With parties strongly supporting gender equality now making up a larger percentage of the House, we might finally make some progress on Swiss family policies.

And it’s badly needed. Compared with other European countries, Switzerland’s family policies are rather conservative and the involvement of the state is, as in many other policy areas in Switzerland, low. Meanwhile the price for childcare facilities is very high, new fathers still get only one day off when their child is born (pending a recent decision) and only Denmark has a higher percentage of women working part-time.

There is also still negative financial incentive for married women to keep working when they have children because the combination of the couple’s incomes might put them into a higher tax bracket. It seems like the odds are stacked against a more equal division of work between the genders. At least so far.

The political process is slow in Switzerland, but we’re moving in the right direction.

At the end of September, parliament finally said yes to two weeks of paternity leave. Many big Swiss companies have already introduced a voluntary paternity leave. At Novartis, all new fathers get up to 18 weeks off. And regarding the tax discrimination of married couples, the government is working on a solution.

These changes are important not only because they will give women a fairer chance in the job market. We also need to change the current system because we truly need these women in the workforce.

Some 42% of Swiss women aged 25-34 hold a university degree; for men in the same age group it is only 35%. Of course it’s the personal decision of every family how they want to divide work inside and outside the home. But we need to ensure that the system is not designed in a way that will skew the decision-making in the direction of women staying home.

By not enabling women to pursue careers according to their personal preferences and their talent, we are missing out on a great opportunity.

And regarding the previously mentioned statement by Federal Councillor Keller-Sutter, gender equality is not about guaranteeing everybody children and a high-flying career. It’s about giving everybody the same starting point and reducing factors that might hinder an equal discussion about the division of work between women and men.

Let’s ensure that families finally get a real choice by making the workplace accessible to both genders.