Bern University has been selected to contribute to a prestigious US-European mission which will take close up 3-D pictures of Mars.

The university’s Space Research and Planetary Sciences Division, headed by British-born Professor Nicolas Thomas, is to oversee construction of the telescope camera that will take the images.

Swiss firms will be invited to tender for the manufacture of the parts.

Being asked to construct the camera is a real feather in the cap of the institute, Thomas told swissinfo.ch. He described participation in the programme as a “fantastic opportunity”.

It all started in January this year when Thomas had a phone call about the "Exomars Trace Gas Orbiter" from his colleague Alfred McEwen of the University of Arizona, with whom he had already worked on another Mars observation project.

They agreed to submit a joint application to work on the new mission, which is shared between the National Aeronautics and Space Administration (Nasa) of the United States, and the European Space Agency (ESA).

The purpose is to look for gas on the surface of Mars.

The mission will take colour stereo pictures of the surface. Having 3-D images will make it easier to look for possible landing sites, or to see where there could be methane deposits.

“Perhaps people associate methane with Swiss cows,” Thomas joked, “but we are interested in the geological explanation.”

Once the sources have been located, the camera will be able to focus on them in great detail.

"For me, that’s the exciting moment. We will then be able to investigate and analyse these locations to see if they have anything to do with the presence of life – but I am sceptical. But at least with the camera we’ll be able to see the role of the geology."

Sitting in his office in the university’s Physics Institute overlooking Bern station, Thomas told swissinfo.ch about his fascination with physics and particularly with what happens on other planets.

"It was my sixth form teacher in England who sparked my passion for physics,” he grinned. "He had a really long name, and was a very tough guy, a real disciplinarian. We learned a lot from him."

"I never wanted to be an astronaut, that’s really not my thing. And I don’t want to find ET either," he said. What he is interested in are the rules governing physics on the planets and stars.

"Where you have different conditions, where it’s much colder or much hotter than it is on Earth, you see fascinating things going on. It’s amazing!"

Is the real reason for the planned mission to find out about life on Mars?

"That’s basically the direction of everything we do,“ Thomas said.” I don’t believe there is life on Mars, but we don’t know with absolute certainty.”

Three billion years ago it was much warmer on Mars. There could have been life on the Red Planet at that time – “perhaps in a very primitive form”.

“It’s a question worth answering.“

Thomas’ department is responsible for the casing and mechanical parts of the telescope camera, which can be swivelled through 180 degrees so as to be able to take the stereo pictures.

Launch is not planned until 2016, but given all that has to be done, the timetable is relatively short, Thomas said.

The telescope has to be designed, built and tested in time for delivery in the second quarter of 2013.

Thomas is well acquainted with Mars. Back in 2001 he participated in the development of the "High Resolution Imaging Science Experiment" (HiRISE) in Arizona. This has been orbiting the planet since 2006 taking pictures in a resolution never previously achieved (see picture gallery).

Since then he and his team in Bern have been observing the surface of Mars in two week cycles, looking for scientifically interesting objects.

As he explained, there is sometimes leeway to take some extra pictures – and the adrenalin flows as he decides which point looks as if it might turn up something interesting.

The old physics teacher with the long name would doubtless be truly proud of his former pupil.

Three institutions are involved in the construction of the "High Resolution Stereo Color Imager", the camera on the "Exomars Trace Gas Orbiter" mission.

The University of Arizona is the project leader.

Bern University is constructing and testing the telescope, mirrors, rotation mechanism and the feet for mounting the camera on a platform.

Ball Aerospace in Boulder, Colorado, is responsible for the design of the instruments, all electronic parts and the assembly of the camera.

The camera can produce stereo images, giving a three dimensional picture of the surface of Mars.

From 2016 its primary purpose will be to detect gas and also to find potential landing sites for future missions.

Twelve scientists are involved in the Swiss part of the project, of whom six are Europeans, including one Swiss, and six are from the US.

It is part of the first ever joint Nasa/ESA project.

The telescope will cost around SFr 6 million, and the entire project about SFr30 million.

Most of the costs will be borne by Nasa; the Swiss Space Office will also make a financial contribution.

A job relocation that’s out of this world

Would you go on a one-way trip to Mars? A Swiss documentary looks at people in the United States who would do so at the drop of a space helmet. ...

Astronomers have found a new planetary system with as many as seven planets orbiting a sun-like star – 127 light years from Earth. If confirmed, ... 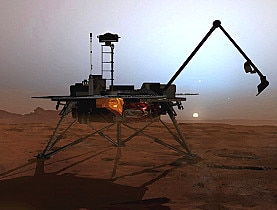 Search for life on Mars set to begin

Nasa's Phoenix spacecraft has successfully landed on Mars, carrying a Swiss microscope to help find out if life was possible on the Red Planet. ... 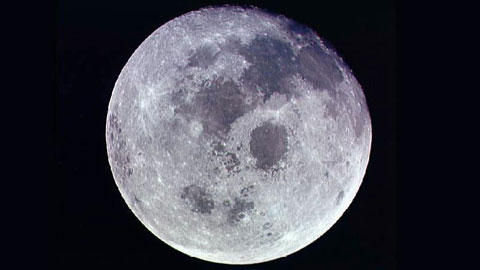 Man on the Moon

Forty years after one giant leap for mankind. On July 21, 1969, American astronaut Neil Armstrong was the first man to set foot on the Moon. Four ...