A Swiss charity is helping victims of the largely forgotten war in the Democratic Republic of Congo to rebuild their shattered lives.

The Swiss Catholic Lenten Fund is working with local partners in villages in eastern and central Congo to which displaced people are returning as peace is gradually restored.

Fighting is still continuing in some parts of the country, but even where it is now calm, life is far from easy.

"The war has left behind incredible suffering, in both material and physical terms, and in mental terms because of its brutality," Lothar Seethaler, the Fund's programme officer for Congo and Senegal told swissinfo.

Nearly one million people were driven from their homes; many children were forcibly recruited as soldiers, women were raped and forced into sexual slavery, while men were often killed, he explained.

The Lenten Fund is training nuns to help people overcome their terrible experiences.

"It is not exactly trauma counselling," Seethaler said. "It is a more general method to strengthen the personality in general, which is important when you are facing a difficult situation. We call this 'actualising vital human forces'".

As the people return to their devastated homes, many of them are forming associations within their villages – a movement encouraged by the Lenten Fund both to help promote food security and to encourage solidarity. Working together is in itself a way to help people get back on their feet.

But for it to work effectively, members need to have clear objectives and be able to take rational decisions.

The counselling work being done by the nuns helps them to define these objectives and pursue them successfully, and to take decisions without being sidetracked by their emotions.

"It shows people that they do have these resources, that they can indeed do this, that if they want, they can take these decisions. The core of this method is to start from positive values that people still have, even after the war, helping each other, doing good things together and learning to have success again."

Seethaler gives the example of a woman who has been raped – the fate of thousands upon thousands during this brutal war. It is very difficult for such a woman to find her way back into society, and she often feels completely desperate. It is important for her to realise that she still has the same value that she always had.

Perhaps she had gone to look for her child when she was attacked. Or she was fetching water for her mother. Talking about this will help her realise that she is in fact a person who does good things.

"It doesn't mean that the trauma has gone," Seethaler admits, "but it gives people a new perspective on life."

This is why nuns are suitable for such work: it is part of the church's role to help people to find a sense in their lives.

But for Seethaler it is clear that the method is not only for people with a religious faith.

"Religious people find their values in their religion, but you can equally well talk about universal values, which you find in human rights, and so on."

Helping people to recover their "vital forces" cannot be divorced from the social context. The association movement, with its openness and solidarity, is very conducive to the success of the counselling.

But the work is not easy. Among those returning to the villages are young people who were kidnapped by the militias and trained to kill.

"You can imagine what kind of conflict potential there is. This is also an important part of our work, to receive these people, and see what sort of community building can be done. We help with conflict resolution – dealing with the past, seeing how this can become part of the empowerment process of the local people."

All of the Lenten Fund's partners are local people, which means that they have themselves experienced all the horrors of war. Working with other traumatised people then exposes them to what Seethaler described as "secondary traumatisation".

All the field workers and coordinators, men and women, have to be trained, in order to strengthen their own personalities before they go on to work with the target groups.

For the moment there is only one nun, a Swiss who has lived in Congo for about 30 years, who is able to dispense this training. She attended a three-year course at the Institute of Integral Human Training of Montreal to gain the necessary skills.

Plans are now underway to send Congolese nuns to Canada to follow the same course so as to be able take over from her when she retires.

The Lenten Fund works as a team, based in the Swiss city of Lucerne and the Congolese capital of Kinshasa, and with partners in the field, discussing how best to meet the needs of the people.

Seethaler is often in Congo, bringing an outsider's view to the discussion. While the Swiss side makes an important financial contribution, without which the training would be impossible, perhaps even more importantly it gives moral support and technical help.

It also works with other European non-governmental organisations to lobby decision makers in Switzerland and the European Union to ensure that they do not forget about Congo.

The situation is now more hopeful, he believes, especially with the advent of the new United States administration, which has created a new framework for action in the area. But pressure is still needed.

Congo has been the scene of conflict since the mid-1990s.

Fighting flared in 1996, as a spill-over from the ethnic massacres in neighbouring Rwanda.

It developed into a successful movement, with foreign support, to overthrow the long-term dictatorship of President Mobutu Sese Seko.

It also sparked ethnic tension, in particular among the peoples of eastern Congo.

Foreign involvement remained high, with a total of seven other African countries fighting on one side or the other.

Agreement was reached between the warring parties in 2003, with the aim of reuniting the country.

A new constitution was approved in 2006.

However, violence continued in three areas in the east: Northern and Southern Kivu; Ituri and Katanga.


Eastern Congo has rich mineral resources; in particular it is a source of coltan (columbite-tantalite), which is essential for the manufacture of mobile phones and other consumer electronics.

The profits from coltan export are thought to finance the Congo conflict.

The Lenten Fund is working in about 600 villages in areas where fighting has recently ended.

About half are in northern Katanga in the south east, and the other half are in the central province of Samburu. 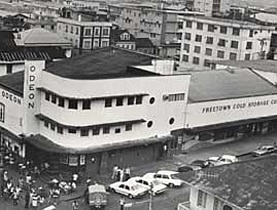 Worlds apart, there are seemingly few similarities between wealthy Switzerland and war-torn Sierra Leone other than that both begin with the same ... 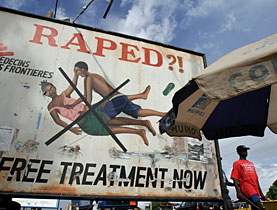 Rape in war is one of the most serious violations of human rights, says Swiss-born Monica Hauser, who works with affected women in the world's ... 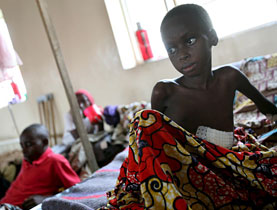 The serious human rights abuses in eastern Democratic Republic of Congo (DRC) are a credibility test for the United Nations Human Rights Council, ...