Switzerland is one of the newest members of the United Nations, which celebrates its 75th anniversary this year. Some two decades after joining, the country now has its sights on a seat on the Security Council. But how does this fit in with Swiss neutrality? 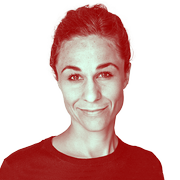 The Security Council, a central body of the UN which can, among other things, draw up binding resolutions, includes 15 members, five of whom are permanent. The other ten are elected by the UN General Assembly for a two-year period, according to a formula that distributes the seats by region. Switzerland, like Malta, is a candidate for one of the two seats allocated to its region for 2023-2024. The chances that Switzerland’s campaign will succeed are good – not just because it has no competition so far, but also because of the high profile the country has earned at the UN over the years.

The real challenge for the Swiss campaign, whose final phase was launched in the summer under the slogan “A Plus for Peace”, is not of a diplomatic nature; rather, it has to do with domestic politics. Despite parliament’s repeated confirmation of the candidacy, there is widespread scepticism among politicians and the population about the benefits, appropriateness and risks of active multilateral engagement by a country that lies at the heart of Europe but somehow always manages to stand a little apart.

A critical perspective is never a bad thing and can offer important indications of the weaknesses in multilateral cooperation and the initiatives and reforms necessary to correct these. The Security Council’s way of operating and its frequently limited capacity to take action because of power politics are often a legitimate target for criticism.

This content was published on Sep 18, 2020 Sep 18, 2020 Switzerland would subject itself to unwelcome political pressure should it get a seat on the UN Security Council, says a former Swiss ambassador.

But sometimes the reason for the scepticism is that the level of public debate in Switzerland on multilateral policy remains rather basic. Therefore large parts of the population have limited knowledge of and interest in multilateral institutions and processes. If high-school graduates in 2020 don’t know what the UN Security Council is – and that is sometimes the case – then they seem ill-prepared for our globalised world of the 21st century, in which the most challenging threats, whether climatic, health-related, digital, military or criminal, are those that cross borders. These threats cannot be tackled with unilateral measures but require global, cooperative solutions.

Despite all their weaknesses, the UN and the UN Security Council are the right forums to work towards these solutions.

As a Security Council member, Switzerland would have the opportunity to engage in finding and shaping solutions. This would be appropriate, given almost two decades of engagement in UN policies that have secured Switzerland a widely acknowledged profile in New York, Geneva and other UN locations.

It is precisely Switzerland’s efforts to reform the UN and the Security Council that make its candidacy credible and important: anyone who is critical shouldn’t remain on the outside but should attempt to have an influence from within and set a good example. With a seat at the table, Switzerland would have plenty of opportunity to promote transparency by the Security Council towards the rest of the UN’s members.

Given Switzerland’s engagement in UN policy, its considerable financial contributions and its role as home to one of the most important multilateral platforms, International Geneva, it should have a voice – across a range of committees.

Elephant in the room

The domestic elephant in the room that is the source of much of the above-mentioned scepticism is Swiss neutrality.

From a legal perspective it’s clear that a seat on the Security Council in no way contradicts neutrality. Politically, the same should apply. Neutrality should not be understood as a commitment to taking no stance and standing aside, but rather as a differentiated distancing from acute conflicts.

Neutrality is not, therefore, irreconcilable with Switzerland’s continuing active UN engagement as a member of the Security Council; in contrast, this is a logical step. This is shown by the experience of other neutral states on the Security Council such as Ireland, Austria and Sweden.

The financial costs for Switzerland would be modest; the diplomatic gains would be considerable. It would offer unique opportunities to extend our network and expertise as well as our position and influence in setting policy priorities – for example during the presidency of the council, which the members take in turns for a month at a time. International Geneva would profit considerably and raising its influence is a central pillar of Switzerland’s UN policy.

The domestic scepticism faced by the candidacy can only be conquered through participative public debate. We will find support only when the importance of membership has been understood and broadly discussed on the basis of factual arguments.

An important aspect of this, already demanded from a number of quarters, is to involve the population, civil society and academia. This means that the candidacy is also an opportunity for Switzerland to show it is serious about taking an inclusive and transparent approach – and this is exactly what it is demanding from the Security Council in terms of its working methods. If this is successful, Switzerland will show that it is by no means too small to succeed.

On October 24, United Nations Day, the GSUN is holding a public event which will be half virtual, half live, on Switzerland’s candidacy for the Security Council.

Pascale Baeriswyl, head of the Swiss UN mission in New York, and Michael Møller, the former director of the UN in Geneva, will be joined by other speakers to shed light on the subject with contributions and discussion rounds. For further information: www.schweiz-uno.ch/tag-der-vereinten-nationenExternal link