Non-governmental organisations, journalists and observers are today witnesses to a crisis of solidarity. This is the result of years of obstruction and containment policies towards asylum seekers, and the total denial of their basic human dignity. 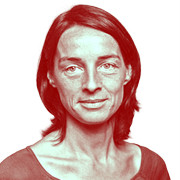 Director of Operations at Médecins sans Frontières (MSF), based in Geneva.

The fires on the Greek islands of Lesbos and Samos over the past two weeks have reminded us in the most terrifying way that Europe’s migration policies are logistically inadequate, and blatantly inhumane. Unable to learn from our rich recent past, the European Union and the Greek government blindly criminalised migrants, who are presumed to be guilty of their own survival.

From the paradise of Lesbos to the hell of Moria

Through our medical activities, MSF is present in many migrant camps around the world, including in very remote and nearly inaccessible areas for humanitarian aid. Believe us when we say that the living conditions in the camps on the Greek islands are some of the worst in the world. What a shame that these migrants are not tourists who have been enticed by the irresistible charms of the Greek islands. The reality is that over the past four years the paradise of Lesbos has turned into hell at the Moria migrant camp.

In 2016, the notoriously infamous EU Turkey deal institutionalised the return of migrants to Turkey, while deliberately maintaining horrible living conditions in the camps on Greek island ‘hotspots’ like Samos and Lesbos to discourage more people from seeking refuge in Europe.

Today, we agree with the EU on one fundamental thing: this situation must end. The announcement of a new European migration pact on September 23 is a rare occasion to act. This new beginning promised by the president of the European Commission, Ursula von der Leyen, could be the perfect opportunity to clean up the chaos of the past five years, which have been characterised by systematic confinement, and to look towards a durable and humane solution to migration.

To start with, the founding principle of any proposal must be a pact of solidarity that is global and extends well beyond the borders of Europe and includes destination countries as much as origin and transit countries. Specifically, this means an end to the policies of dissuasion, and looking at ways to develop legal and safe routes for migration and asylum.

Then, while asylum seekers wait to be granted refugee status, systems in place must favour reception, rather than containment. This will require us to see migrants above all as victims, rather than delinquents or criminals, which is the case today.

Finally, we need a new focus on integration, which prioritises economic and social support for migrants, regardless of their status. We need to offer a minimum perspective to people stuck between a destroyed past and an uncertain future.

As long as these things have not been achieved in Europe and elsewhere, we will continue to look on in disbelief at the Aylans [a young Syrian boy found dead lying face-down on a beach near the Turkish resort of Bodrum in September 2015] washed up on the beaches, the Oscars and Valerias floating on our river banks [the bodies of Óscar Alberto Martínez Ramírez and his 23-month-old daughter, Valeria, were found in the Rio Grande River in June 2019 after they tried to cross from Mexico to the United States], and the Morias being burnt to the ground.